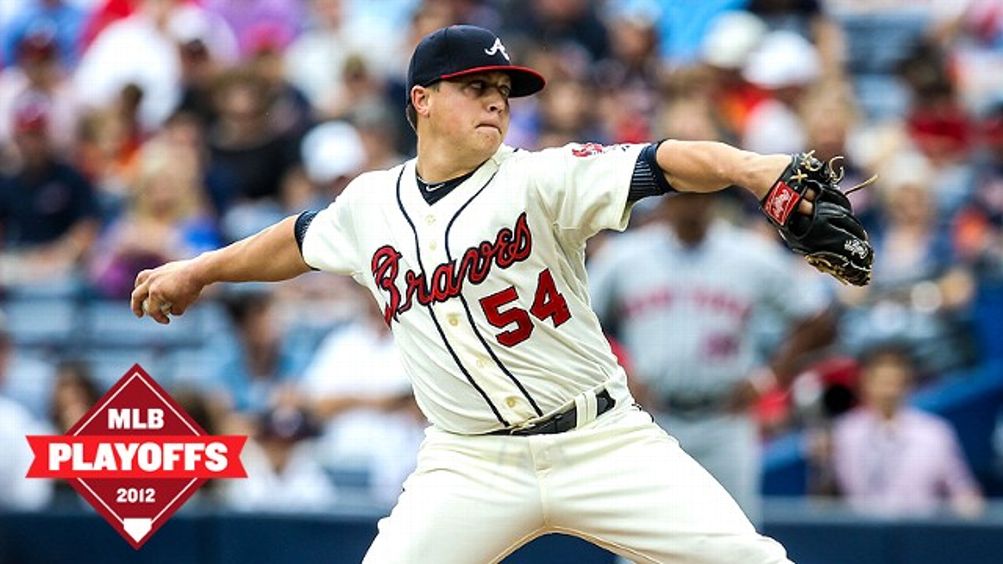 Let’s start with this: Predicting a short playoff series is tough. One team can be objectively better than the other in any number of categories — hitting, pitching, baserunning, managing, you name it. That team can have a better record. Home-field advantage. Fewer injuries. That team’s still going to lose a quarter of the time (or more) anyway.

Now Major League Baseball is making wild-card teams play in a single-elimination format to decide who advances to the League Division Series. It makes for incredible drama, and major heartburn for anyone who dares try to pick a winner.

Rany Jazayerli discusses Friday’s game between the Orioles and the Rangers.

Like a frazzled Emmy winner, I made a regrettable omission on the dais, forgetting to include Kris Medlen and his amazing season on my list of candidates worth considering for NL Cy Young … without a single Mandy Patinkin shout-out to make things better. What Medlen lacked in innings (still twice as many innings as the top relief-pitcher candidates), he made up for in surgical dominance, slicing up one opponent after another with impeccable command and a newfound ability to kill armies of worms (53.4 percent ground ball rate). Lohse has never been that kind of ground-ball inducer or strikeout compiler. But at his best he’s the proverbial put-the-ball-in-play guy who actually makes that approach work. Both pitchers have benefited from huge spikes in batted-ball luck (Medlen’s batting average on balls in play this year was a career-low .261; Lohse, .262).

The Braves were the second-walkingest team in baseball this year, while the Cardinals ranked eighth. It’ll be interesting to see if one or both teams roll out a more aggressive approach against two of the stingiest pitchers in the league when it comes to bases on balls.

The Braves are the worst of the 10 playoff teams by wOBA, ranking 21st in baseball. Brian McCann’s lingering shoulder injury has wrecked his normally excellent productivity from the catcher position, negating Chipper Jones’s impressive swan song and Jason Heyward’s big bounce-back from a sophomore slump. Fredi Gonzalez responded by inserting David Ross into the lineup in lieu of McCann, despite losing the platoon edge with the righty-swinging Ross over the lefty-swinging McCann. Presumably, McCann’s shoulder is still barking. The story of the Braves this year is one of run prevention, with only the Reds, Nationals, and Dodgers allowing fewer runs among NL teams. Credit the emergence of young pitchers like Medlen and Mike Minor (4-to-1 strikeout-to-walk rate, 2.16 ERA in the second half), but also the best defense in baseball. The shortstop position looked like a gaping hole at the start of the year, but Andrelton Simmons now looks like the man for the next half-decade; even playing in just 49 games due to starting the year in the minors and fighting through injuries, Simmons made his case for being regarded as one of the best defenders at any position. A one-run game would seem to favor the Braves, particularly if it becomes a battle of bullpens (more on that in a minute).

The Cardinals lost Albert Pujols in the offseason and Lance Berkman during the season, yet never missed a beat, outscoring all NL teams save the Brewers. Carlos Beltran (.269/.346/.495) was a steal on a two-year, $26 million deal, Allen Craig carried his huge 2011 playoff performance over to this season (.307/.354/.522), and Yadier Molina went from all-world defender and pretty good hitter to legitimate MVP candidate. The lineup does get awfully righty-heavy after the top two. Luckily for the Cards, Atlanta doesn’t really have any righty-smoking right-handed bullpen arms aside from Craig Kimbrel, who’ll certainly be used in a conventional closer role rather than in old-school foreman situations (this hardly makes Fredi Gonzalez unique among managers, by the way).

Kimbrel struck out a higher percentage of batters than any other pitcher with at least 50 innings pitched in baseball history. But the rest of the pen’s down from last year, with Jonny Venters and Eric O’Flaherty failing to match their video-game numbers from last year. There’ll be a bunch of veteran, professional hitters lurking on the bench, particularly if the Braves do the right thing and go with 15 or 16 position players, given that each team gets to reshuffle its roster after this one-game playoff (realistically, no team should need more than eight pitchers in this scenario, and even that’s pushing it). Problem is, most of those professional hitters have been awful this year, with Eric Hinske, Lyle Overbay, and Reed Johnson sending signals they might be cooked, at least if small sample sizes are to be believed. If you’re looking for a power threat, keep an eye on Juan Francisco, who cracked 11 doubles and nine homers in 192 at-bats this year while serving as a caddy for Chipper Jones and an occasional pinch-hitter.

Jason Motte’s up there with Kimbrel when it comes to sheer velocity, and while he hasn’t quite had Kimbrel’s statistical success, he’s still a pretty reliable closer with swing-and-miss stuff. As with the Braves, there aren’t many (any?) true shutdown relievers beyond the closer. Shelby Miller probably has the most electric arm among the other nominal bullpen guys, but he got called up after the deadline for playoff-eligible players, meaning we won’t see him again this season barring some kind of ninja roster maneuver that’s gone unnoticed till now. The best arms in the pen are also overwhelmingly right-handed, which could set up some fascinating matchups with the likes of Jason Heyward and Freddie Freeman in a crucial moment. Matt Carpenter heads the list of bats capable of pulling a poor man’s version of last October’s Allen Craig act, while Skip Schumaker fits the mold of useful utility man who offers La Russa–like flexibility to TLR’s successor.

You’re going to make me choose, aren’t you? OK, fine … Braves, only because Medlen has been about as unhittable on an inning-per-inning basis as any starter in the game this year, and barring a surprise appearance by Jaime Garcia, the one lefty in the pen might turn out to be Marc Rzepczynski, who’s been awful this year, thus creating an opportunity for Atlanta to win a close game around the seventh inning with a big blow from that Heyward-Chipper-Freeman middle of the order.

But remember: It’s one game. Pete Kozma could hit four homers and we’d have no reason to be surprised. OK, maybe a little reason.