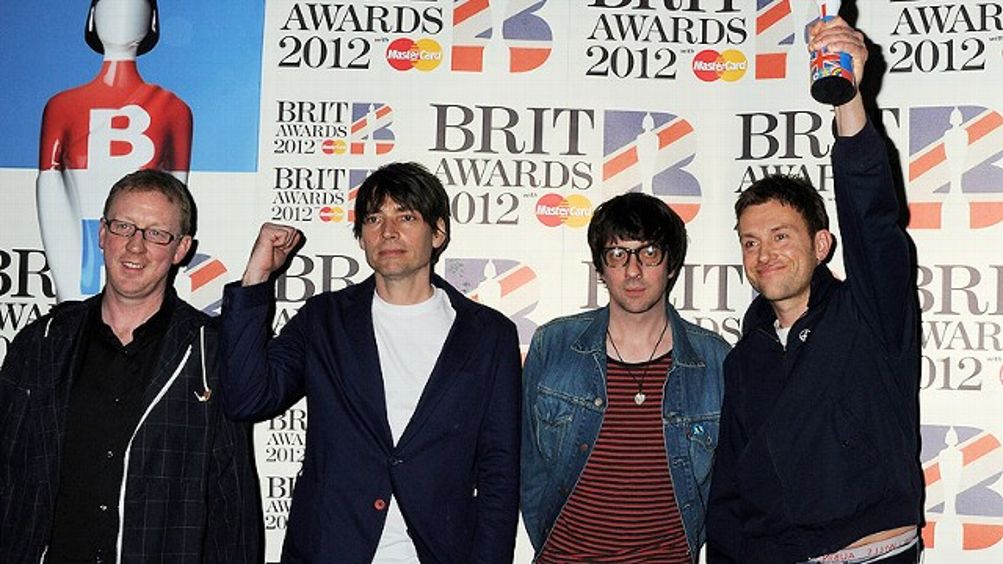 There are two general reasons to host the Olympics, from a nation-branding perspective: You might use the opportunity to announce your arrival on the world’s stage in the most spectacular fashion possible, as China did in 2008 when they simultaneously impressed and terrified the rest of the world with their weather-controlling technology. Or, if you’re a veteran of global conquest, you can take this chance to remind everyone of your contributions to civilization — this seems to be the U.K.’s strategy for 2012. This summer, the guy who made Trainspotting is here to remind you that British people take music seriously.

Last month, a list began circulating throughout the U.K. press detailing the 86-song playlist selected by director Danny Boyle for his sure-to-be-lavish Olympic opening ceremony. It’s an eclectic enough list that features two tracks apiece from Handel and Muse, the Happy Mondays’ gleefully nonsensical “Step On,” a lot of Beatles, some grime, and even a Sugababes tune; the nation’s considerable South Asian population is represented by the Scottish bhangra group Tigerstyle and, one presumes, Oasis’s “The Hindu Times.” There’s a proud, self-congratulatory open-mindedness to it all, and one shudders to think of the horrible, Elgar vs. Kano megamix some enterprising DJ is mapping out right now in order to catch some of that Olympic buzz. But there will be few moments of national pride as untranslatable and strange as the closing night, when a special concert featuring the Specials, New Order, and the recently reunited Blur will take place in London’s Hyde Park.

You may know Blur from “Girls and Boys,” their disco-pogo satire of vacation packages and spring break goons. You’ve no doubt heard their biggest hit, “Song 2,” at a major sporting event, the “woo-hoo!” hook and cathartic stomp originally meant to ridicule American rock. Blur are certainly a big enough band to headline the closing night festivities, at least in England, where singer Damon Albarn, guitarist Graham Coxon, bassist Alex James, and drummer Dave Rowntree made the transition from indie heroes to MTV heartthrobs. They previously reunited to play a couple gigs at Hyde Park in 2009 — tickets for the first show sold out within two minutes of release — and at the end of this month they will release a 21-disc, career-spanning boxed set.

It’s a career that maps neatly onto some of the dominant narratives of 1990s culture. Their good looks and passable, bouncy guitar pop were enough to gain entry into the machine in the early part of the decade, and when their second single, “There’s No Other Way,” began climbing the charts, their label fast-tracked their promising but largely insipid 1991 debut, Leisure. By the time they arrived in America the next year for a miserably contentious tour, Nirvana’s Nevermind had redefined the possibilities of “alternative” music. The experience seemed to radicalize them. Blur’s music had been pleasant enough but bereft of ideas. Now, they devoted themselves to the identity of being not American. In 1993, they released the ragged, punky Modern Life Is Rubbish (original title: Britain vs. America), a blueprint for the sentimental embrace of Britishness that would dominate the U.K. charts over the next few years. Parklife followed the next year. It established them as the nation’s biggest stars, which was ironic given the album’s playful, Kinks-ish1 satire of staid, suburban ambitions and mad-for-it lad culture.

The thing about a really clever, observational joke is that it assumes a portion of the audience won’t immediately get it, if they ever do at all. This was the conundrum that Blur faced around the mid-1990s, as they scaled their native charts by writing vaguely catchy pop songs that seemed to lampoon the dim, conformist lives of their newfound fan base. Their reign as icons of the moment that would be remembered as “Britpop” seemed a bizarre accident. And then, along came Oasis.2

I’ve always been fascinated by these moments in pop culture when someone emerges and, by sheer force of talent and will, so comprehensively changes the game that rivals surrender, entire fashions are immediately discarded, and it suddenly becomes difficult to imagine what life used to be like. It’s no doubt more complicated than that.3 But there was a feeling of inevitability once Oasis arrived and recontextualized the scope and possibilities of British guitar rock. When the two bands released singles the same week in August of 1995, the story line was readymade: the arrogant, working-class bullies of Oasis versus the whimsical, art-school wit of Blur.4 Blur won the week — “Country House,” their goofy tale of an alienated business-type decamping to the country, fared slightly better than Oasis’s extra-generic perseverance anthem “Roll With It” — but Oasis, with their powerful and sincere, arena-ready songs — songs that groups of men could sing together at the pub — would win the war.5

Blur had lost in a very public way. But had it not been for this humbling at the hands of Oasis — whose Noel Gallagher, at the height of their quarrel, said that he hoped Albarn and James would “catch AIDS and die” — it’s unlikely that their career would have unfolded in such interesting ways.6 The diminished expectations seemed to restore some of their outsider whimsy. Their succeeding albums were unpredictable and rangy, influenced as much by the new enthusiasms that had infected them — dance music, lo-fi indie rock of the Americas, Brian Eno, Moroccan folk — as the feelings of disappointment, withdrawal, and shame they now had to reckon with. On 1997’s Blur — which also featured grunge parody turned accidental smash hit “Song 2” — Albarn revisited his relationship to one of his favorite villains on “Look Inside America,” admitting “she’s alright, she’s alright.” “I’m not trying to make her mine,” he sings, finally sounding resolved about it.

Blur would dissolve in the 2000s, the result of collective animosities and exhaustion. Albarn would somehow evolve into one of the more intriguing (and opinionated) connectors in pop music, alternating between his “virtual band” Gorillaz — another hit that supposedly started off as a commentary on celebrity — and one-off projects like the Good, the Bad and the Queen (featuring Paul Simonon of the Clash and Africa 70 drummer Tony Allen), Rocket Juice & the Moon (with Allen and Red Hot Chili Peppers bassist Flea), and Mali Music (a collage of recordings he made on an Oxfam trip in 2000).

It’s just the way things are now that everything old becomes new again, and every half-loved album is revisited a decade later as an exclusives-packed deluxe set with accompanying reunion tour. The run-up to Blur’s Olympics concert doesn’t feel quite so crass — their songs, full of obtuse longings and sarcastic yet earnest warnings about chemicals in the air, money-happiness equivalencies, and zombie-like conformity, feel more useful than ever. They still express ambivalence about reuniting on a permanent basis, which makes sense given the unusual turns their lives have taken in the past decade. Besides Albarn and Coxon’s successful solo careers, James is a newspaper columnist and cheese-maker — his “exotic Cheddars” haven’t sold well, though one vendor contended that they were actually “ahead of their time” — and Rowntree has dabbled in politics.

As powerful as Oasis’s best songs remain, they all feel roughly the same: grand, oversize, engineered to be as universal as possible. They won because they understood that most people turn to pop music to feel happy or sad in the most epic way possible, and this is why most bands reunite — not because the songs were great, but because people like to be reminded of how they once felt. Hope for a proper Blur reunion doesn’t stem from this kind of nostalgia. Rather, Blur was always a band with an unusual perspective on things. For a brief moment, they flourished in an industry where ambivalence, skepticism, and the occasional political outburst might brand you an elitist.

In anticipation of their Hyde Park gig and accompanying warm-up tour, they’ve released two new songs:7 the goofy, spring-wound “The Puritan” and “Under the Westway,” among the best things they’ve ever recorded.

It’s just the way things are now that everything old becomes new again, and every half-loved album is revisited a decade later as an exclusives-packed deluxe set with accompanying reunion tour.

“Westway” is a classic Blur tune, full of Coxon’s tart guitar squiggles, Albarn’s lines about automation and industry, moments of gorgeous melody that are more charming than effortless. “Bring us the day when we switch off the machines / ‘Cause men in yellow jackets putting adverts inside my dreams,” Albarn sings. It’s strange to imagine the song’s tangential relationship to the Olympics, a spectacle that celebrates “the whole world gone / Fallen under the spell of the distance between us when we communicate.” But the melancholy of his words gives over to the ascendant rush of the song itself — the pianos rise, the band materializes, a chorus arrives, and suddenly modern life — the gray skies and traffic and money — doesn’t seem rubbish after all. You can be too clever for pop music, but sometimes it models the abstract solutions to our real-world problems. The vagaries of love, the pleasure of returning to the band you’ve been in since your teens. “Paradise not lost,” he decides, “it’s in you.”