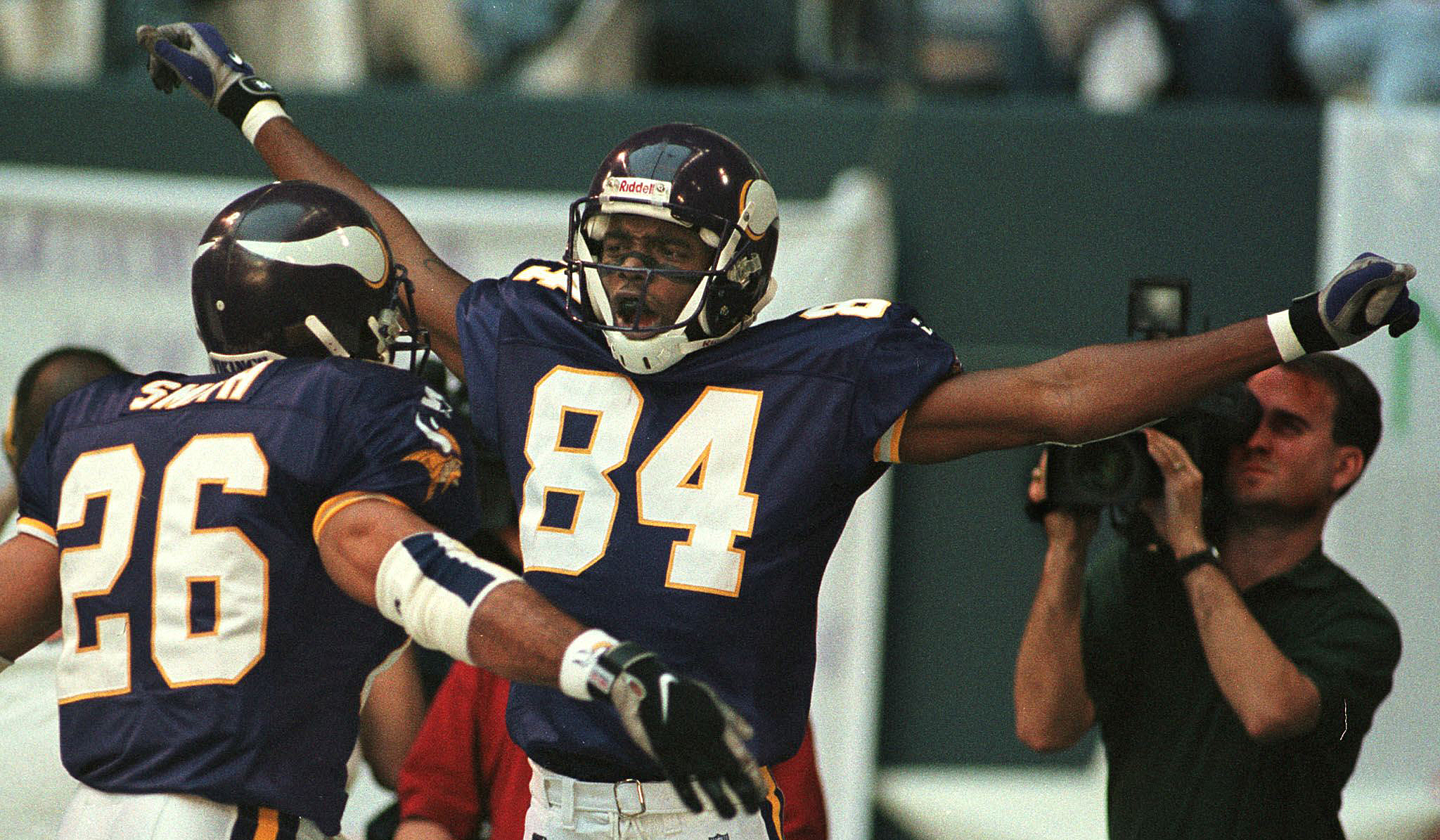 If I find out someone doesn’t like Randy Moss and Allen Iverson, it’s a pretty clear sign we could never be real friends. The inverse works, too. If I find out someone remembers either one of them the way I do, suddenly we’re speaking the same language. I know I can trust this person.

Moss and Iverson left their mark for a lot of reasons, but for me it was pretty simple. They both hit the mainstream just as I turned 10 and 11 years old. Sports will never be as cool as they are when you are 10 or 11. Whatever athletes are dominating then will stick with you for your entire life. Some people grew up with Bird and Magic and the ’80s Niners, and others grew up with MJ and the ’90s Cowboys, but when I was growing up, Iverson was taking over the NBA one crossover at a time and Moss was gliding through helpless secondaries in the NFL.

I mention all of this because ESPN is airing a 30 for 30 on Randy Moss tonight — Rand University, 8 p.m. ET — and that’s as good an excuse as any to remember an athlete I’ll be rambling about for decades.

So, where to begin?

We could start with Dukes of Hazzard, Jason Williams, and the best Nike commercial ever (non-Jordan division).

Or that play against Army when Moss went supernova on the screen.

Or the only Heisman ceremony that’s ever really mattered. 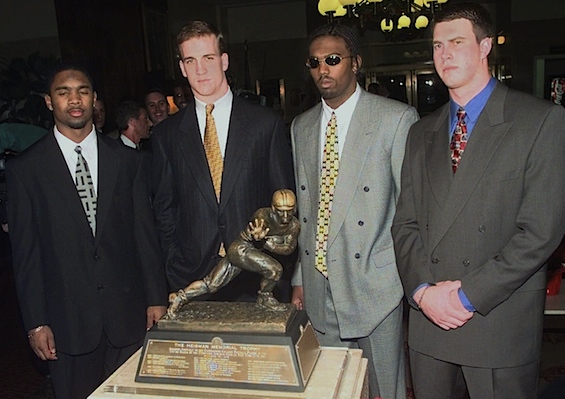 But let’s start with the 1998 draft. Moss won the Biletnikoff his sophomore year in college, ran a 4.3 40 at 6-foot-4, and was a Heisman Trophy finalist. In a vacuum he would’ve been a top-five pick. Because of arrests that had previously cost him scholarships at Notre Dame and Florida State (he landed at Marshall), there were questions about Moss that made all of this more complicated. Jerry Jones and the Cowboys hinted they would take Moss eighth, if he made it that far, but the Cowboys passed, and most other teams did the same. Moss fell all the way to the Vikings at no. 21.

“My whole goal is to come in and do whatever I can to wreck this whole league,” he said at the time.

This was back when Monday Night Football was still the biggest event of any NFL weekend, so in his fifth game ever, destroying Brett Favre and the Packers on national TV made his arrival official. He finished with 190 yards and two touchdowns that night in Green Bay, and I vividly remember watching it all in my dad’s living room.

Randy Moss was the type of player that dads didn’t like rooting for. That made it all the more fun. His reputation made a lot of people angry, or at least concerned. Then he went out and played so well that they couldn’t say a goddamn word.

Later in the 1998 season, he went to Dallas for revenge on the Cowboys. He had three catches for 163 yards and three touchdowns. I was a Cowboys fan, but I couldn’t be mad. Some players are so good that rooting against them is pointless. Moss was in that category immediately.

It continued all season. He finished with 1,300 yards and 17 touchdowns for a 15-1 Vikings team. He added two more touchdowns in Minnesota’s two playoff games, but it wasn’t enough to keep the Vikings from losing in one of the biggest playoff upsets of all time. Instead of a dream Super Bowl with the Vikings and a 14-2 Denver team, the Falcons shocked Minnesota, and we got stuck with a Eugene Robinson sex scandal and a blowout Broncos win.

It still makes me mad, 15 years later. A Super Bowl run for the Vikings would have been the perfect ending to the most amazing season I’ve ever seen from a football player.

In the following seasons, Randall Cunningham turned into Daunte Culpepper, Robert Smith retired, and Cris Carter followed a few years after that. There wasn’t as much winning, but just as much Moss being completely ridiculous. Eventually things went bad in Minnesota, partly because of Moss. He would openly admit to taking plays off, he squirted a ref with a Gatorade bottle, he got involved in an altercation with a traffic cop, he mooned the Lambeau Field crowd and nearly gave Joe Buck a seizure. That’s when he got fined and promised to pay in “straight cash, homey,” pissing off the dads of America a little more.

This was the behavior they had been worried about. They predicted it all along.

Eventually, the controversies got Moss sent to Oakland. Football purgatory. In 2006, he had just 42 catches and three touchdowns. The Raiders were 2-14, and offensive coordinator Tom Walsh said after that season, “Randy Moss is a player whose skills are diminishing, and he’s in denial of those eroding skills. Randy was a great receiver, but he lacked the work ethic and the desire to cultivate any skills that would compensate for what he was losing physically later in his career.”

Then came the Patriots. 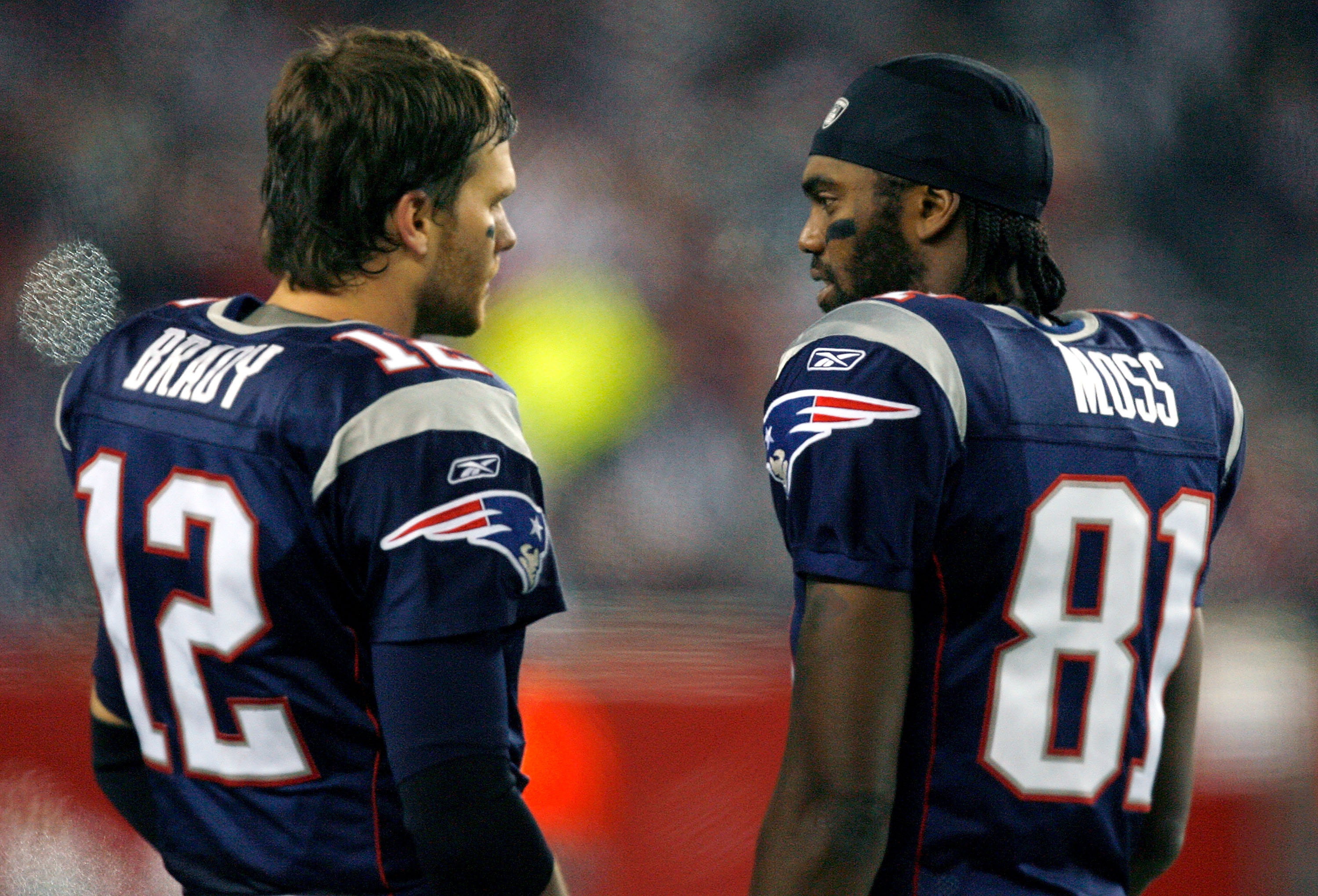 Moss caught nine passes for 183 yards and a touchdown in his 2007 Patriots debut, and just like that, the whole world forgot Oakland ever happened.

New England was just as amazing as Minnesota. Moss was older then, and he’d always been skinny, but with the Patriots he looked like a stick figure. He moved like one, too, wobbling out on the field with his giraffe legs. Then the game would start and he would wobble past everyone, catch just about anything thrown from Tom Brady, and help the Patriots look unstoppable.

He had 23 touchdowns in 2007. Watching Brady and Moss together was like watching two athletes who had been waiting their whole careers to play with someone that amazing. Moss brought out a side of Brady nobody knew existed, and Brady brought out a side of Moss everyone assumed was gone. It was all turning into the perfect ending he never got in 1998.

The Patriots went 16-0, Bill Belichick and Brady gushed over what a great teammate Moss was, and anyone who’d ever doubted him was silenced all over again. The Super Bowl was the only thing missing.

Then … the helmet catch. The biggest Super Bowl upset ever. Plaxico Burress’s game-winning touchdown, while Moss and Brady watched.

Things got more complicated the next few years. Brady got hurt and missed the entire next season. Moss played well with Matt Cassel, but the Patriots became the second 11-5 team in NFL history to miss the playoffs. After one more solid season with Brady, Moss wanted to get paid. He started complaining openly, and almost immediately, Belichick pulled the plug on the Moss experiment and sent him back to Minnesota.

If it were any other team, it might have been sad. But the Patriots had been screwing with him, and putting him back on the Vikings felt right. He had nothing left to prove after New England. In 2010, the Vikings were fresh off an NFC Championship Game run with Brett Favre, Percy Harvin, and Adrian Peterson. Adding Moss could put it all over the top. They were struggling at the time, and Moss would inject life into their season. This is how Moss was supposed to end his career.

“Look at the tape. Look at the coverages,” a team source vented after the news. “Look at what he does for everybody else. Percy [Harvin] is running free all over the field right now. The running game is moving along. I don’t even care about the fact that he’s smarter than everybody on the coaching staff. He’s a game-changer. Make it work.”

It didn’t work. Instead of saving the Vikings, Moss wound up signing with the Titans and disappearing for the rest of 2010. He came back to play with the 49ers in 2012, and he made it to a Super Bowl that came down to the final play, but … you know. 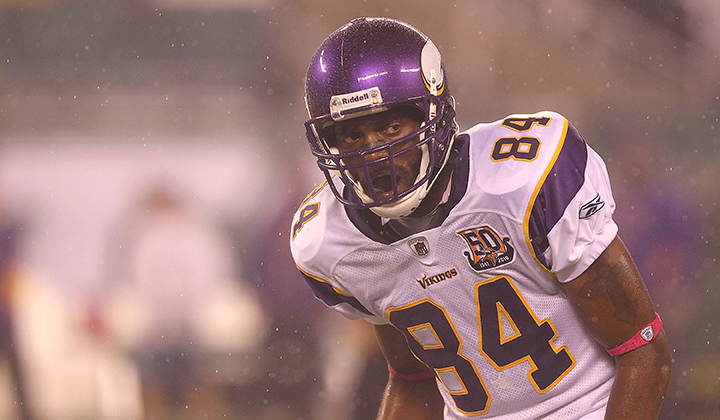 There’s a moment near the beginning of Rand University when a reporter is describing high school Moss. “Now, it’s a kind of terminology,” he says. “A lot of people call an athlete a ‘freak.’ Well, he was the first one.”

He’s also probably the last one. At least for a long time.

Every few years, there’s a new receiver who can do everything. Big, fast, and immediately compared to Randy Moss. Sometimes this looks ridiculous in hindsight (Charles Rogers, Roy Williams, Braylon Edwards), and sometimes it almost works (Larry Fitzgerald, Calvin Johnson, A.J. Green, Dez Bryant). They all have their moments, but none of them had moments like Moss did. At his best, he could demoralize entire teams.

There may have been better players than Moss, but nobody ever made football look easier. He could run through defenses designed to break him in half, and run 10 yards past coverage designed to keep him from going over the top. He was faster than anyone in the league, but he never looked like he was going full speed. He could catch anything, outjump anyone, and when he was pissed, he played better.

All of that is why my inner 11-year-old wanted the perfect ending for him until I was about 25. A Super Bowl to quiet all the critics, going out as a hero in Minnesota, etc. He deserved all of it.

As I’ve gotten older, the games he lost matter less to me. I’m pretty sure I love Randy Moss as much for who he’s turned into off the field as what he did on it. These days, he’s as obsessed with fishing as he ever was with football, maybe more. Earlier this summer, he filmed a football preview on the water called “Straight Bass Homie.” He coached his son’s high school team over the summer, and he’s on Fox Sports every week. Oh, and there are also his uStream appearances, the remnants of which will hopefully live forever and be played on a loop in Canton.

For guys who spend most of their professional life pissing people off, this is not how it’s supposed to end. You could be talking about Gilbert Arenas, or Terrell Owens, or Lawrence Taylor, or countless other athletes who lived by their own rules. It almost always ends badly.

The best example is Iverson, the guy who used to get lectured right alongside Moss. His talent ran out, and almost overnight, so did the NBA’s patience. Now he’s out of basketball, going broke, battling alcohol issues, and generally making everyone sad. It doesn’t change how I remember Iverson then, but stories like that help me appreciate Moss now.

He’s still funny, he’s got his money, and he’s got nothing left to prove. He comes by his mistakes honestly, but he doesn’t seem to have many regrets as he lives out retirement. As the years pass and imitations come and go, this only gets more enjoyable.

Randy Moss the player wrecked the whole league from day one, but it turns out that Randy Moss the person was just as awesome by the time he was done. It’s not a bad ending. 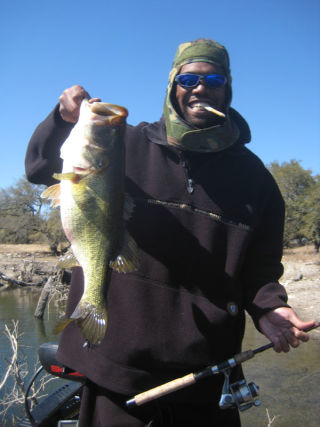