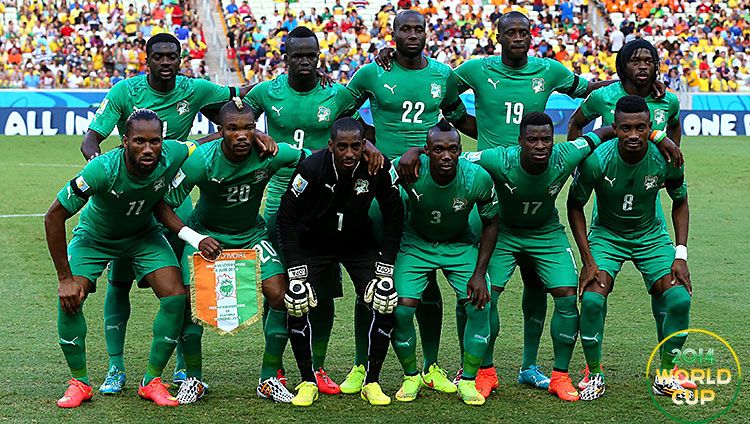 The soccer gods can be cruel. Nobody knows that more than Les Éléphants of Ivory Coast. For the third-straight World Cup, the nation finished third in its group and failed to move on to the knockout stages. In a way, this exit is more painful than previous departures in Germany and South Africa. For this trailblazing collection of superstars, the dream is over, almost certainly for good.

The tale of Les Éléphants becomes more popular with each passing World Cup (although it can often carry with it a faint unpleasant scent of paternalism). The story of the 2006 team that started it all is probably equal parts apocrypha and truth, by this point. That team consisted of some of the biggest and most internationally impactful stars Africa has ever produced. Six of them — Didier Drogba, Yaya and Kolo Touré, Didier Zokora, Arthur Boka, and keeper Boubacar Barry — stuck around for this third trip only to have their hearts broken in a brand-new way.

The story of the team both in 2006 and 2010 had more to do with the groups they were drawn in than with the quality of soccer they played on the field. At each of those tournaments, despite having a reasonable claim to being one of the top 10 teams in the world, the Ivory Coast was the third-best team in their own group. In 2006, they were behind Argentina and the Netherlands. In 2010, they were stuck with Brazil and Portugal. Over two World Cups they managed one point in those four matches, drawing with Portugal in their opening game in 2010. As so often happens, it wasn’t the soccer ball but the pingpong balls that did them in.

This year was supposed to be different. Sure, the golden generation (which I think we can now all agree is a curse on par with a vote of confidence) was going gray, but Yaya Touré, despite being 31 and playing a physically demanding position, was at the peak of his powers. And there was new talent emerging in the likes of Gervinho, Wilfried Bony, and young talented right back Serge Aurier. Crucially, the pingpong balls were kind. Ivory Coast drew Colombia, Japan, and Greece, a group even a slightly less impressive herd of elephants had to feel confident striding into.

All of which makes the moment it all slipped away so much more painful. I’d be remiss if I didn’t mention that aside from the on-the-field pressures felt by the team, two of their most influential players, Kolo and Yaya Touré, were playing in a match just days after their brother Ibrahim lost his battle with cancer.

The group of six, all in their thirties, all having been denied the opportunity to move through twice before, were within seconds of finally getting to the knockout stages of a World Cup. Then this happened.

The penalty was cruel, but not unfair. Greek striker Georgios Samaras had his leg clipped on its backswing, and Ivorian midfielder (well, ESPN Stats & Info lists him as a midfielder, Wikipedia calls him a striker, and I’d be lying if I said I’d ever know him as anybody other than the guy who fouled Samaras) Giovanni Sio, making his World Cup debut and playing all of 11 minutes, didn’t know terribly much about it. But those are the breaks. Sometimes your bad luck comes in the form of pingpong balls, sometimes it takes the form of little-used striker/midfielders nobody knows terribly much about.

This isn’t the end for Ivory Coast. Their pipeline of talent ensures they’ll be competitive for years to come. But it’s almost certainly the end for the generation that launched the program. And the sad thing is, almost a decade later, it still feels like they never had the chance to get started.