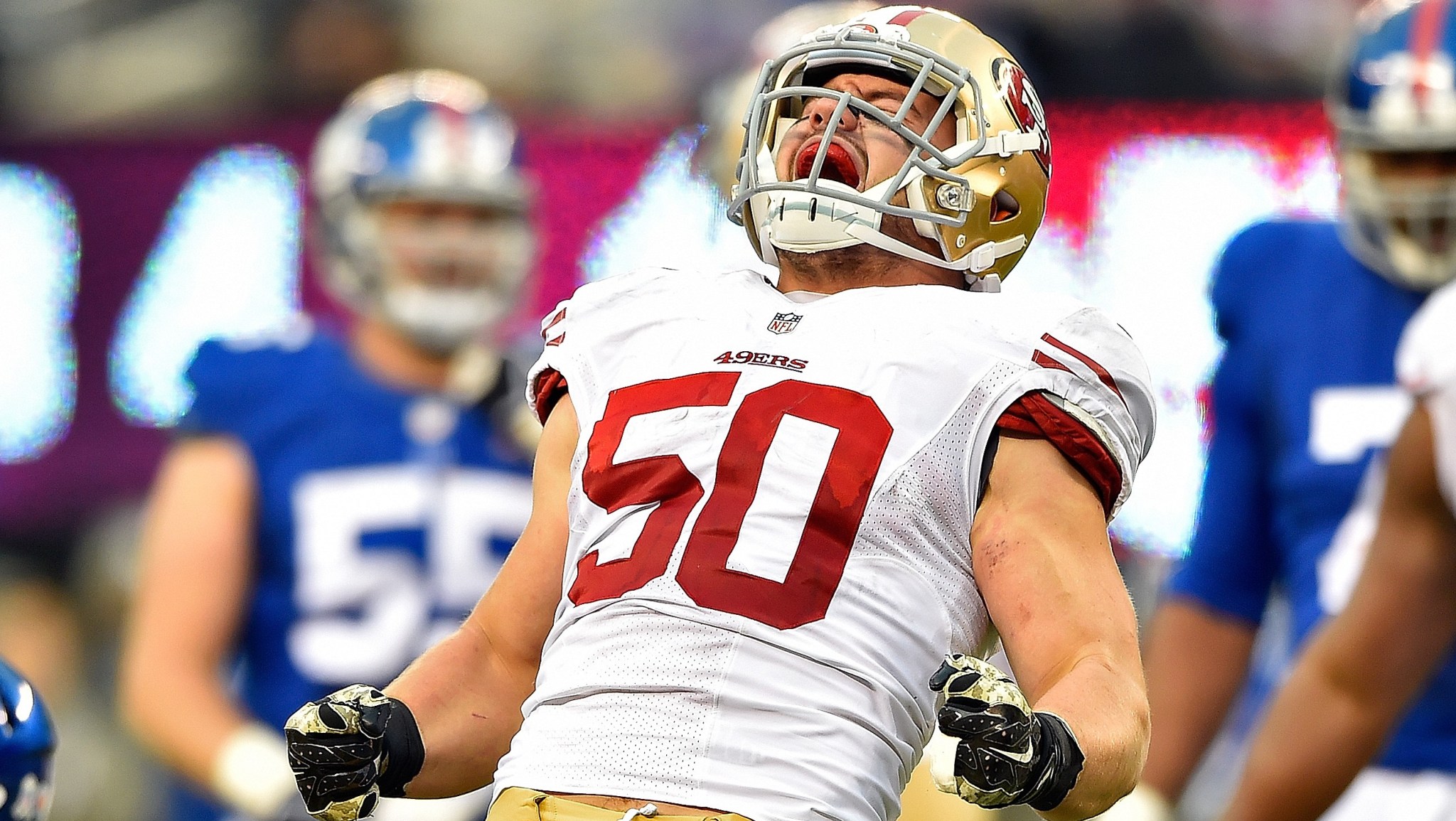 This is different. Twenty-four-year-old Wisconsin product Chris Borland told ESPN’s Outside the Lines on Monday that he’s going to retire from the NFL, just months after completing a promising rookie season for the San Francisco 49ers at inside linebacker. Borland told Outside the Lines he was ending his football career out of concern for his long-term mental and emotional health, citing the sport’s irrefutable link to concussions and serious neurological diseases.

What makes it so different is that it’s a proactive retirement. While Borland has had two diagnosed concussions before college and believes he received another concussion during training camp with the 49ers, he’s not leaving the sport as a response to a specific injury. Borland is making a conscious choice in relation to the demands of the game. “I think I’d have to take on some risks that, as a person, I don’t want to take on,” Borland told Outside the Lines.

I can’t lump it in with the series of retirements we saw last week, because it comes at a different time in Borland’s career than the retirements of Patrick Willis, Jake Locker, and Jason Worilds,1 and I don’t think Borland fits into that group. We’ll never really know exactly what went through the heads of those three players and the various points and counterpoints that led them to retirement, but at some simple level, you could make the case that they could move on from football knowing they likely had some semblance of financial security. Each earned in excess of $12 million during his time in the NFL.

Borland, instead, was one year into a four-year deal that maxed out at just less than $3 million; he had earned just more than $1 million between his signing bonus and base salary. The 49ers can attempt to retrieve three-quarters of Borland’s $617,436 signing bonus, but there is no indication that they plan to do so. Regardless, Borland didn’t make this decision because he was financially set for life.

I can’t find another player who did this in quite the same way. There are players who retired earlier than they had to because they were already struggling with injuries and had financial security, with Jim Brown and Barry Sanders as obvious examples. Some, like Willis, had a religious awakening. There have been young players who fell out of love with football, like former 49ers running back Glen Coffee and Rashard Mendenhall.

Borland hasn’t suggested that he is injured or doesn’t love football anymore; it’s simply that the risk wasn’t worth the reward of playing. Think about what that says: Football is so inherently dangerous, so obviously flawed, that the incentive of living a childhood dream after a lifetime of training and for millions of dollars isn’t strong enough to continue.

The natural question, in light of Borland’s announcement, has been what this means for the future of football. Is Borland’s decision a watershed moment — the first player actively recognizing just how perilous football is and walking away before the prime of his career even begins? Does it hint at a future without football?

It’s natural to want to pinpoint moments in time like that and extrapolate a domino effect, but I’m skeptical of that reading. The pool of young men who want to play professional football remains enormous. Michael Wilhoite, the inside linebacker who will take Borland’s place in the starting lineup for San Francisco, isn’t retiring. Nick Moody, Shayne Skov, and Chase Thomas, the other inside linebackers on the 49ers depth chart, aren’t retiring. There are dozens of inside linebackers who will be under consideration in the upcoming draft, and there are thousands more around college football who would be in the running to be drafted behind them.

The player pool for professional football is just so enormous that it’s going to take thousands of people making this same decision over several generations before the future of the game is seriously threatened. In 20 years, maybe the star linebacker for the San Francisco 49ers will be a player who wouldn’t have made the NFL without hundreds of other possible football players choosing another path (or having football removed as an option by their parents). Will 49ers fans cheer him any less than they would if he had been the best possible candidate to play linebacker in America?

That sounds callous, and I don’t mean to minimize the importance of Borland’s decision or suggest that he is insignificant in the slightest. He’s the first of his kind and not a once-in-a-generation exception. There are absolutely going to be more players like him who see the risks of football and can’t find a reward that justifies those concerns, even after considering the trappings of fame and financial security.

Borland can afford to make his decision, just not in the typical way we think of finances. He has a bachelor’s degree in history from Wisconsin. His body, while unquestionably beaten down from years of football as an undersize player at a high level, is surely in better shape for the long-term than the vast majority of his former NFL brethren. During the 2014 combine, Borland gave a fateful quote to reporters. “I feel like I’m the toughest guy here. … We’ve got a lot of tough guys here at the combine, but I’ve played through things, not complained, practiced hard. I’ve done all the right things.” The choice he made to retire is just about the toughest thing I can imagine a person doing, recognizing that their dream isn’t sustainable and making a conscious choice to head in a different direction after years of fighting to succeed.

More than anything, Borland was brave enough to make a logical choice that doesn’t fit what others expected. And when I think about the future of the sport and (far more important) the players who will play it, I worry about the guys who aren’t in the same boat. What about the players who are already so beat up by the game that they worry about being unable to function after they retire, the ones who have a voice in the back of their head telling them they should quit while simultaneously wondering whether they should make as much money as they can while their body can still hold up? What do they do? What about the young players who feel like they have to play football because they can’t do anything else as well?

Even if it doesn’t directly lead to the end of the sport, football is becoming more and more of a contradiction. The reaction to Borland’s decision, thankfully, was mostly one of respect and support. Outside of the usual few idiots, Borland was praised for standing up for himself and making a choice to protect himself and his future, for recognizing the risks of playing professional football and making a logical decision to do something else with his life.

But that’s the contradiction. Nobody doubts that Borland is making the smart decision, and yet we’re also not simultaneously encouraging every other NFL player to follow his lead. If the logic makes sense for Borland (and I think it does), why wouldn’t it make sense for Wilhoite or Moody or Skov or anybody else? How inherently wrong is football that a guy who could have made millions of dollars over the course of his career is throwing that away and we all agree it’s the right idea? And if it’s that wrong, why are any of us watching?

“I don’t think [football] is worth the risk,” Borland told Outside the Lines. It’s not a question of who will think so. It’s who possibly could?