Is the NHL’s New Playoff Format … Not Awful? 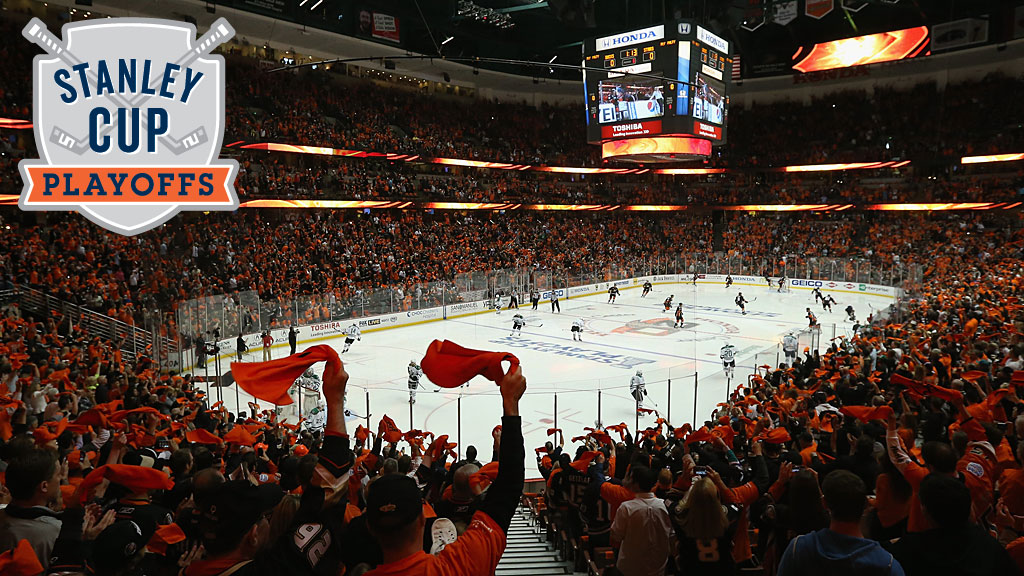 We’re about a week into the NHL playoffs, and so far we’ve seen just about everything we’ve learned to expect from the first round: a ton of overtime, legitimate bad blood, a few blatant cheap shots, some terrible goaltending, and every so-called expert shaking their head sadly while dropping their carefully considered predictions into a bonfire.

We’re also finishing off Week 1 of the NHL’s new playoff format, which was unveiled earlier this season after realignment left the league with uneven conferences. The system is structured like the old format we had until the mid-’90s, with the first two rounds of playoff matchups based on divisions instead of conferences, but with the added wrinkle of wild cards and the potential for crossovers.

And after having a week or so to see the new format in action, I have to say that I think that …

No … no, you can do this. Take a deep breath. They’re just words. You can string them together into this sentence.

I think … I think the NHL may have done something right.

[Dives under table, waits for lightning to strike.]

Yes, while we at Grantland have been known to occasionally offer up a few words of constructive criticism to the league’s head office, it’s only fair that we also acknowledge when the league gets one right. And despite some early complaints, I’m going to make the case that the new playoff format is a good idea that fans should get behind.

Email a hockey fan who was around during the ’80s and ask them to tell you what the old divisional format was like. They won’t answer you because they’re too old to know how their computer works, but if they could, they’d tell you it was fantastic. And the reason it was fantastic was because the format resulted in many of the same matchups repeating year after year. That might sound dull, but the repetitiveness was a good thing, because it led directly to something the league has been lacking in recent years: rivalries.

We’re talking about real rivalries, born of familiarity and ill will. The league has had more than its share of recent rivalries that were born of marketing meetings and wishful thinking. But those rarely stick — does anyone even remember Penguins vs. Capitals? — unless they include a healthy dose of bad blood. And with the exception of Wings-Avalanche, virtually every great NHL rivalry has been between division opponents. The league’s new format won’t guarantee those, of course, but it makes them a lot more likely, and that’s reason enough to give it a thumbs-up.

Not everyone is sold, and the main complaint that seems to be surfacing among hockey fans is that the new format’s first-round matchups have actually been too good — with pairings like Sharks-Kings and Blues-Hawks, we’re guaranteed that some legitimate Cup contenders will be done early. But that’s not really the new format’s fault — with six 100-point teams in the West, four were going to end up pairing off under any format. Short of dropping division and conference considerations entirely and just going to a straight 1-through-16 seeding format, there’s really no way to avoid the occasional stacked matchups.

The new system isn’t perfect. For one, the league’s almost fanatical insistence on promoting basketball-inspired brackets feels heavy-handed and out of place, and hopefully it will dial that back a bit going forward.

And it’s also true the league benefited from a bit of good luck this year, because the new system’s main flaw, the confusing double wild-card crossover scenario, didn’t come into play. We wound up with only one crossover team, the Dallas Stars, and it shifted over to the Pacific the way you’d expect things would work. The wild card is probably a necessary evil thanks to the unbalanced conferences, but the league should drop the double crossover; if four teams from each division make it, then those four teams should play each other, period. It would keep the system as simple as possible, and give us more of the divisional matchups we should be encouraging.

But that’s a small detail, and it doesn’t change that, for the most part, the league got this one right. The new format works, and it’s going to make the most entertaining playoffs in pro sports even better.

Just don’t let it go to your head, NHL. We’ll be back to our regularly scheduled programming of nitpicking your every minor mistake any second now.