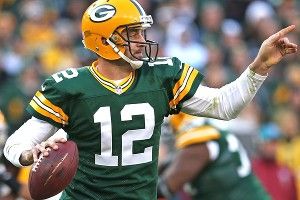 I’ve heard all kinds of theories surrounding the bye week. Some fans hope that their team will get an early bye week so they can heal up from the grind of training camp and make adjustments that will push their team forward over the bulk of the regular season. Most of the people I’ve heard talk about bye weeks, though, want their teams to have a late bye week. The logic makes sense: A season that includes a run to the Super Bowl lasts 22 weeks from Week 1 on, and a late bye gives a team a minimum of two breaks (including the week before the Super Bowl) about 10 weeks apart. The late bye gives players the best shot of being fresh and ready to peak at the end of the regular season, when teams like the Giants and Packers have made their runs to Super Bowl victories in recent seasons.

Those anecdotal theories make sense, but do teams with a late bye week really perform better than those with earlier bye weeks? Does that show up in their second-half performance? Are they more likely to win the Super Bowl? Or is it all just totally irrelevant?

I went back and looked at how teams have done with each given bye week under the current system, which has been roughly in effect for two different time periods. It originally came into effect in 1994, after the league experimented with a two-bye, 18-week regular season in 1993, and lasted until 1998. The league spread their bye weeks over a longer time period then, but when they moved to the eight-division setup in 2002, they concentrated the vast majority of bye weeks into the eight-week stretch between Week 3 and Week 10. The Week 3 bye disappeared in 2006, and the Week 11 bye came around for the first time in recent memory last year. (In 2008, Hurricane Ike forced the Ravens and Texans to postpone their Week 2 matchup and use that early week as their bye. Baltimore went 11-5 and made it to the AFC Championship Game, so it couldn’t have hurt them all that much.) So this data set uses 1994-98 and 2002-11 seasons, but it doesn’t use teams who had bye weeks in Week 2 or Week 11.

So, on the most basic level, is there a relationship between and earlier bye week and winning percentage?

Absolutely not. In fact, if anyone’s playing better over the course of a season, it appears to be teams with extremely early bye weeks! The correlation coefficient — which measures the relationship between two sets of variables — between these two groups is -0.50, which is a reasonably powerful relationship for football. It suggests that there’s a notable relationship between having an early bye week and winning (or a late bye week and losing), although I’m skeptical that it would hold up over a larger sample. The average bye week has a sample size of just over 57 teams in this study.

OK. Well, if they don’t win games at a higher rate than their brethren with earlier bye weeks, do teams who get their week off later in the season win the Super Bowl more frequently? Not really. Of the 14 Super Bowl champs crowned in the years I studied, teams who had a late bye week were no more or less likely to win the Super Bowl than ones with earlier bye weeks. No single week had more than three of the 14 champs, and Week 7 and Week 10 laid claim to that crown. Every single “regular” bye week has produced at least one champ over that time frame. It’s always going to be difficult to find meaning in 14 observations, and this is no exception.

And what about the second half? Do teams who get a late bye week do better during the final five games of the year than ones who haven’t seen a week off in two months? Again, not at all. Teams with byes in Week 3 (.581 winning percentage) and Week 4 (.535) have been the most impressive over the final few games of the year, while well-rested teams like those of Week 9 (.462) and Week 10 (.497) have struggled. In this case, again, there’s just no relationship between a late bye week and success; if anything, there’s a relationship between a late bye week and poor play.

What about the bye-week effect, though? Andy Reid’s undefeated record after his bye became common knowledge last season, but his streak ended with Philadelphia’s loss to Atlanta in Week 8 this year. The bye week should save everyone’s legs and deliver a fresh team to the next game, but it can also give teams a chance to go all-out and play as hard as they can the week before the bye. Does the rest affect win-loss record in either scenario? And is one week of rest more meaningful than another?

Again, as tough as it is to shoot down your dreams, it’s just not something where one week means more than the others. But on the other hand, teams actually do play much better when they’re coming off of a bye. Their winning percentage spikes to nearly 55 percent when they’ve spent the previous week off of the football field on Sunday. It’s not quite as effective by a team expecting a bye — a .504 winning percentage — but it’s still something interesting to think about.

So, while the narrative tells you that a late bye week gets you ready for the playoffs and that an early bye week gives you the best chance to put up a gaudy record, my suspicion is that one has absolutely nothing to do with the other.