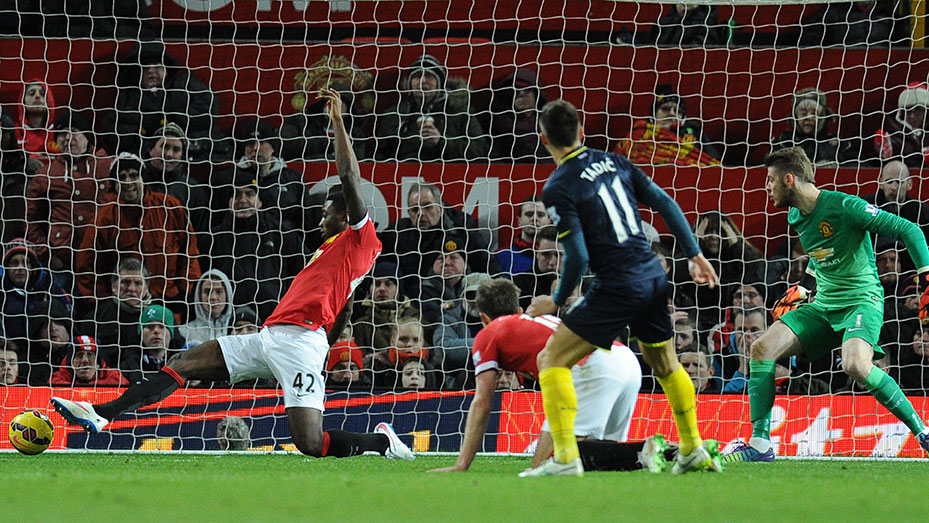 Defending is hard, and it’s often oversimplified. Blame frequently gets heaped on whoever is standing closest to the shooter when the ball happens to go into the net, when it should really be shared among the players responsible for two, three, or four steps in a chain of events.

It makes metaphorical sense, then, that the best defenses operate like nuclear reactors, with numerous protections in place to protect against the ultimate meltdown: conceding a goal. Eden Hazard might skin your left back, but it’s OK because there’s a defensive midfielder waiting behind. There’s another defender waiting for the cross at the back post, and a midfielder tracking the late run of the player steaming into the box to get on the end of the ball. Fail-safes on top of fail-safes.

Despite all the precautions put in place, though, defenses obviously still fail, and they do so fairly often. Those failures generally fall into one of two categories.

The first happens when the defensive system holds but the players fail to fulfill their roles within it. Cascades get triggered by individual mistakes, great attacking moments, or freaky little bounces. Take Alexis Sánchez’s first goal against Stoke, for example:

The move starts with everything under control for the Potters. Sánchez has the ball on the wing, and he’s double-teamed by right back Geoff Cameron and right winger Jonathan Walters. So let’s count the number of things that then go wrong so that this results in a goal: First, Walters fails to intercept a pass to Tomas Rosicky. No problem, though, as Rosicky is closely marked by Steven N’Zonzi, who breaks up the pass as Walters begins to move back upfield. N’Zonzi’s touch, though, takes the ball back toward Sánchez. Cameron is too slow to react to the deflection, and Sánchez plays a neat one-two with Rosicky that both solidifies possession and removes two Stoke defenders from the play. And even still, it takes a brilliant little juke from Sánchez to put Ryan Shawcross in a blender and open enough space to snap-slam it home at the near post. Stoke’s defense doesn’t fail here; a bunch of Stoke players just failed within a defense that was operating like it was supposed to.

The second type of failure is when the system just doesn’t work. This, of course, can be triggered by a great offensive move. Part of what an elite passing midfielder does is find the ball that bypasses all those defensive fallbacks. Sometimes the pass is so good, there just isn’t much the defense can do about it. Oh, hi there, Coutinho.

When the above happens, you just gotta scramble back toward your goal and hope for the best. Sometimes, though, there isn’t even a defense to be bypassed. The operator in the control room just went out to lunch, and before you know it — boom, mushroom cloud. Tottenham got away with this in the first half against Crystal Palace, thanks to a tremendous Hugo Lloris save:

Two lines of defense get split by one simple pass, which is capped off by a defender neither stepping up to play an offside trap nor going with the attacker. It’s the difference between an opponent overcoming your defense (which, ironically, is how Spurs conceded their second goal) and simply bypassing it.

After a goal kick that pinballed around and eventually back toward United’s goal, Dusan Tadic does a tremendous job to collect the ball with four players around him and free Graziano Pellè for a great opportunity. That there are four Manchester United players around Tadic — three central defenders and Michael Carrick, United’s deepest midfielder — means this is already the last line of defense for the hosts. If Tadic beats them with a dribble or a pass, then the defense is cooked, and everything comes down to David De Gea in goal. It’s unlucky for United how beautifully the rebound fell to Tadic after Pellè’s shot, but the Italian’s chance was a direct result of United’s defense getting scrambled and not ending the threat early on.

It’s a little unfair to single out United here because, for the majority of the game, they defended very well and with a lot of discipline. In fact, they’re often so committed to staying in position that it hinders their attacking. The majority of United’s buildup play consists of balls played directly from the three center backs to the attackers or sequences down the wings. The system meant United kept the ball a lot (which is also a particularly effective defensive tactic), but also relied on individual brilliance from individual players to create the kind of breakdowns necessary to score a goal. Except Southampton, one of the most disciplined defensive teams in the Premier League, didn’t break.1

If you’re looking for discipline, you’re not gonna find it at Goodison Park. On Manchester City’s goal from the weekend, Everton’s defense is already effectively broken down when City enter the final third.

The Toffees want to defend very high up the field, with their first line of defense a coordinated attempt to win back the ball immediately after they lose it. And with a system so heavily reliant on the attacking play of their full-backs, Seamus Coleman and Leighton Baines, Everton really have to slow down the start of any attack — if not to win the ball back, then to at least give the team a moment to regain its shape. That’s not at all what happens here.

Before the clip starts, Baines gets caught charging up field as the ball is turned over. Then Muhamed Besic steps toward the ball before it’s swung out to the wing, which easily eliminates him from the play, with the defensive midfielder now trailing the three City attackers charging into the box. One ill-timed turnover, one mispositioned midfielder, and we have an implosion. Everton are now on the wrong side of a five-on-four, with a center back pulled wide and both central midfielders hopelessly behind their men. It’s made painfully apparent when Fernandinho, City’s fifth man in the attack, scores the goal.

Eventually, all defenses end up in desperation mode. Attackers are too good, and even human beings coached by José Mourinho make mistakes. Lots of times, this last-ditch defending works, too. A defender gets a well-coiffed whisker on the ball to put a striker off a cross, or a toe deflects a shot just wide. Often, more simply, a keeper makes a save or a striker just flat-out misses. And that’s the thing: Protecting your goal is hard, but the best defenses make scoring even harder.