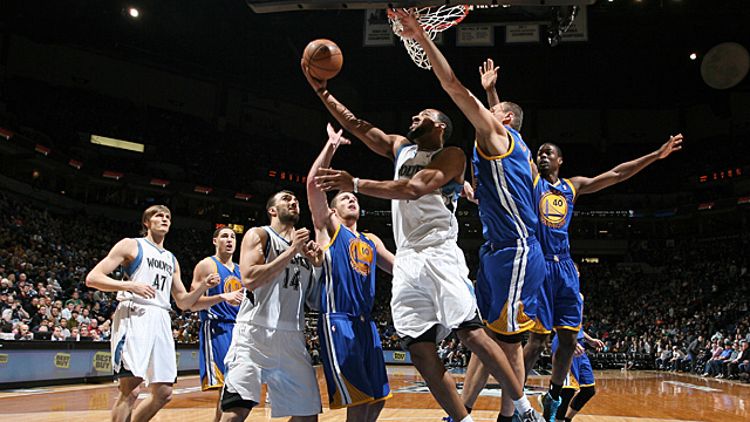 One of the things about sports analytics these days is that, while combing through and analyzing massive amounts of performance data, you come across “findings” that are unexpected or surprising. Without ever watching a game or studying film, you discover things you never knew about a player or a team. Occasionally these findings are so unbelievable you are forced to somehow validate them. You say things like “That can’t be right” and look for opportunities to confirm.

As I prepared my research paper [PDF] on interior defense for this week’s Sloan Sports Analytics Conference, I had a couple of these moments. The paper’s main point is that new kinds of analytics can reveal the abilities of the NBA’s interior defenders with newfound clarity. But as I did the analyses I couldn’t believe how bad David Lee’s numbers were. My analysis was saying that opponents hit 61 percent of their shots when David Lee was defending near the basket. This is a really high number.

So on a lazy Sunday afternoon after the Daytona 500 racers had sped around their speedway, I was flipping through the channels and noticed that the Warriors were playing in Minnesota. While a normal person may browse right on by this program, I immediately clicked the “OK” button on my remote — note if there were a “Hell Yes” button I would have pushed that instead. This would be a convenient chance to watch David Lee’s defense before the Sloan Conference.

When I flipped the game on there was just over five minutes left in the third quarter. I focused in on Lee. Three of the first four Timberwolves possessions I watched featured such awful David Lee defense that I immediately felt more confident about those “that can’t be right” numbers. Here’s what I saw:

In the first possession, Lee commits the worst kind of interior foul on his man, Derrick Williams — the kind of glancing blow that is just enough to get a whistle but not physical enough to at least ensure a missed shot.

In the next possession, after an offensive rebound, Williams — who is still Lee’s assignment — gathers the ball at the free throw line. Lee is standing at the crown of the restricted area. After a power dribble in the paint, Williams elevates toward the basket, and in the same way a nice young man would hold the door for an elderly woman, Lee for some reason turns his body perpendicular to the backboard, clearing out of Williams’s path. Williams somehow misses the easy layup but quickly cleans up his mess with an easy putback. The good news is that the opponent shot only 50 percent in the restricted area during this possession, lower than Lee’s 61 percent average.

The final sequence features a classic basketball configuration. Ricky Rubio holds the ball on the right wing, Luke Ridnour comes off a screen and is in the right corner, and Derrick Williams is posting up David Lee on the right block. Rubio’s body language and orientation are giving away that an entry pass to Williams is coming, but Lee does not care. Wrongly anticipating a double team from his teammate Carl Landry, Lee slips over to cover Ridnour just as the entry pass comes to Williams, who turns and dunks the easiest field goal of his career. After the play, Lee’s cartoonish body language seems to exclaim, “I’m just not cut out for this side of the court, you guys.”