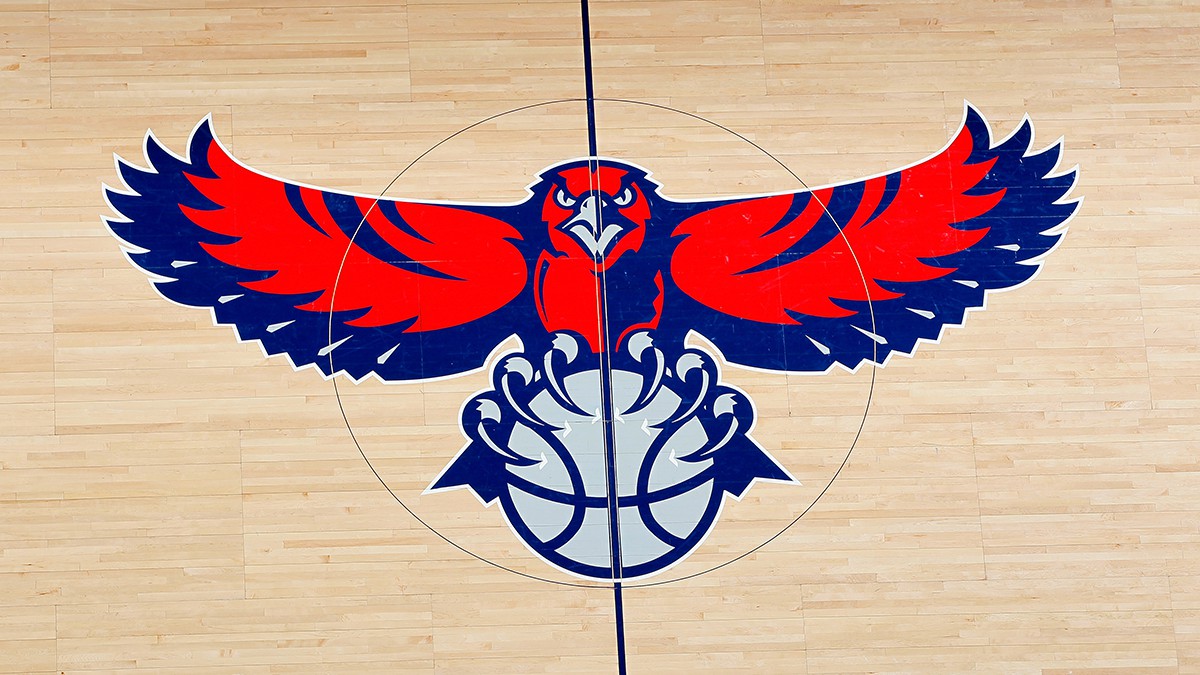 Now that that’s out the way, I’d love to actually talk about Bruce Levenson: product of his environment, voice of a generation.

There’s a lot in this email. It’s problematic, but not surprising. If anything, it’s on-brand. With every read, however, its substance becomes increasingly complex. If these were his feelings and observations, was he wrong for articulating them the way he did?

First, the sentence from his email that clarifies Levenson’s observational logic:

i never felt uncomfortable, but i think southern whites simply were not comfortable being in an arena or at a bar where they were in the minority

Blacks and whites don’t mix. But it’s mainly the whites that are having issue being around so many blacks. And the whites have the money. But the blacks are everywhere. And not spending money. But I need the money. And the money is white. So we need fewer blacks. And if that happens, the whites will come. With their money. Disclaimer: I love black people.

It feels racist because the coded language that typically dominates corporate conversations dancing around race is completely absent. Levenson goes on like this throughout the entire email. There’s no mention of things needing to be more “family-friendly.” He didn’t say the kiss-cam was too “urban.” Whether he’s relaying observations or giving his two cents, it’s just whites who are “scared” and “uncomfortable,” and blacks who are “too many.”

Levenson identifying white patrons not wanting to be uncomfortable and outnumbered is oddly straight to the point. In a twisted way, it’s refreshing. Because you know people feel this way. You just rarely get to hear it outright. 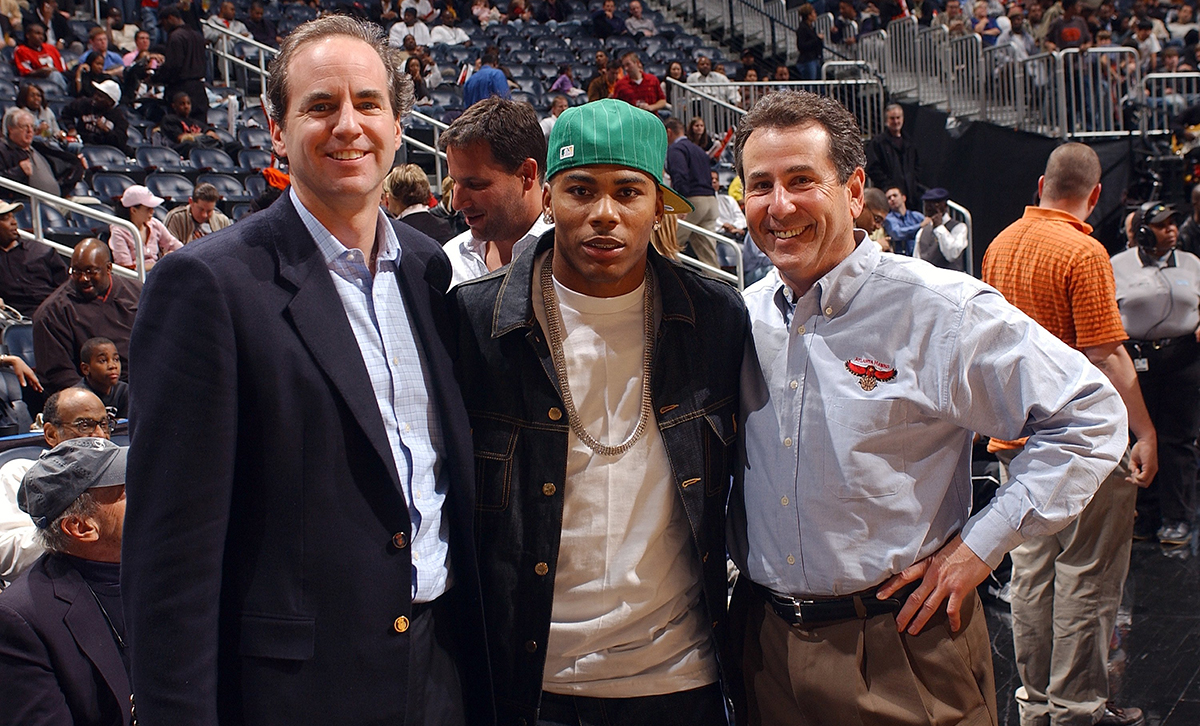 But before heralding Bruce Levenson as a champion of honesty, there is a follow-up question: Why bring this up? Even in an email directed at game operations managers, why assume these issues of race are more pressing than luring the rich to an arena with a team the city actually cares about? The home of the Atlanta Falcons, the Georgia Dome, has become a nice mix of a black nightclub, a UGA tailgate, a family outing, and a good-old-boy convention. That environment couldn’t be any more electric and unified. Let’s take it further: Even though the league’s season-ticket holder demographic is 35-to-55-year-old white males, and that’s something to consider, there isn’t any other city in America with as many black people with money that like to spend their black money while other people watch like Atlanta.

Is that a generalization? Absolutely. But Levenson’s email turned generalizations into a sport, so why not play his game for a bit? He’s making leaps about race and class that are irresponsible — they’re only understandable if you live a life truly concerned with one demographic. And if you’re a living representation of your primary concern — white money — then it’s not such a surprise that you believe that is the only concern.

Then, suddenly, you may find yourself writing things — seriously — like “I want the music to be music familiar to a 40 year old white guy if that’s our season tixs demo.”

He knows what this group desires because they are his younger self. Of course he’s hip to what the 35-to-55-year-old white men desire. If anyone knows that there’s a connection between 35-to-55-year-old white guys’ attendance and the lack of fathers and sons in the arena, it’s certainly Levenson. If anyone is aware of the discomfort caused by black people popping up on the kiss cam or at the bar, it’s Levenson. And if anyone is aware that there is an opinion that the cheerleaders aren’t white enough, it’s Bruce Levenson.

It sounds as though this is the first time Levenson has ever expressed these ideas, as though they just occurred to him, as if he exists in a world where race is a matter of commodities and nothing more. The prose screams of someone crippled by the very attribute that has helped him rise to power: living in and catering to his powerful, rich, white male world.

But again, none of this makes Bruce Levenson a racist. An interesting byproduct — perhaps a trick — of labeling someone a racist is making them an exception. Racists, once outed, are banished to Racism Island, and then it’s business as usual for everyone else. That’s the Sterling example. But Bruce Levenson isn’t an anomaly. Who doesn’t know a Bruce Levenson? Who hasn’t overheard someone at work or a friend’s dad talk like this before? They’re everywhere. And the worst thing that could come out of this melee is to make his case a special one. Because it’s not. It’s lazy, it feeds the cycle of misguided outrage, and ultimately it’s giving this generation a pass by making Levenson seem like an outlier.

What’s true is that he’s not good at his job. Because as much as I love the Hawks in success and in mediocrity, the team is still a joke to the rest of the NBA. And it’s a cop-out for Levenson to get in front of the story, create his own narrative, and leave on the grounds of “Bruce Levenson, embarrassed by Bruce Levenson’s comments.” Because a powerful 62-year-old rich white guy can bounce back from a racial brain fart. But being a bad businessman, running an organization terribly? Not so much.

I first read the email on Sunday afternoon as I walked into Manhattan’s only dedicated Atlanta Falcons bar, the Watering Hole. I’ve been going, off and on, for three years now. The group of people that packed into the bar, mostly people in their twenties and early thirties, came together every week not just because it’s a place where you can watch the game with sound, but also because we love our team and our city. And love being around our kind. And that love of city is what made the diverse crowd great. Because the only thing that matters about how you look is whether you’re wearing a piece of Falcons gear.

That’s my upbringing in Atlanta. White kids learning how to be minorities and black kids shedding a passed-down mistrust of whites. It was the perfect city for this to happen, at the perfect time — as Atlanta hip-hop became the center of the music universe. We all had a common bond — Outkast, T.I., Lil Jon, Youngbloodz, Jeezy, the A-Town stomp, snapping, “Love in Ya Mouth,” the royal penis is clean, your highness — thank you, KING SHIT.

The baseline was pride, and while many things can never truly make it past race, hometown pride is one of the things that can.

It’s why so many of the conversations I’ve had in the past 24 hours, with friends white and non-white, keep coming back to the same idea: “This guy doesn’t get it.”

But the tone of that “He doesn’t get it” has been a little different this time. There’s a tinge of embarrassment from my white friends. Every other group has to deal with being universally judged by their bad eggs. Slowly but surely, “white” is becoming something other than a blanket majority. Because Levenson’s email was one of those Get your boy moments. And the response from my white friends was universal: “Ugh, I know.”

My other friends? We’ve just been shaking our heads, laughing.

Speaking Sunday night with my friend Michael, a fellow black Atlanta human who hung out at the Philips Arena bar during the playoffs without his father and was also late to the game, we traded our favorite lines.

That subtle dig about black people being late is so rude, all you can do is laugh. What’s better than “(another one of my theories)”? And this isn’t even as good as the part about Southern whites being uncomfortable in the minority — and then Levenson implying that the team should take the necessary steps to get them back to being a comfortable majority. Priceless.

Since the Levenson email was made public, Atlanta Hawks general manager Danny Ferry has also landed in trouble over a statement from an internal conference call regarding NBA player Luol Deng:

He’s a good guy overall. But he’s not perfect. He’s got some African in him. And I don’t say that in a bad way.

He’s a guy who would have a nice store out front, but sell you counterfeit stuff out of the back.

The debate that followed was whether these were Ferry’s thoughts or if he was simply quoting someone else’s report.

It matters for Ferry’s tenure at the Hawks and for his reputation, but that shouldn’t be the takeaway. Because even if Ferry didn’t say it, someone with enough influence said it for Ferry to repeat it. The real issue, whether it’s Ferry or Levenson, relaying messages or announcing your own beliefs, being observational or spouting opinions, is an overall disrespect for black people, from the players to the fans. That’s what matters, because it’s happening behind closed doors. It only became public because it’s open season on brand-destroying maybe-racists. If there’s one thing made clear by this situation, it’s that living inside the bubble of the powerful, the rich, the white, the male is no more sophisticated than it was in the past.