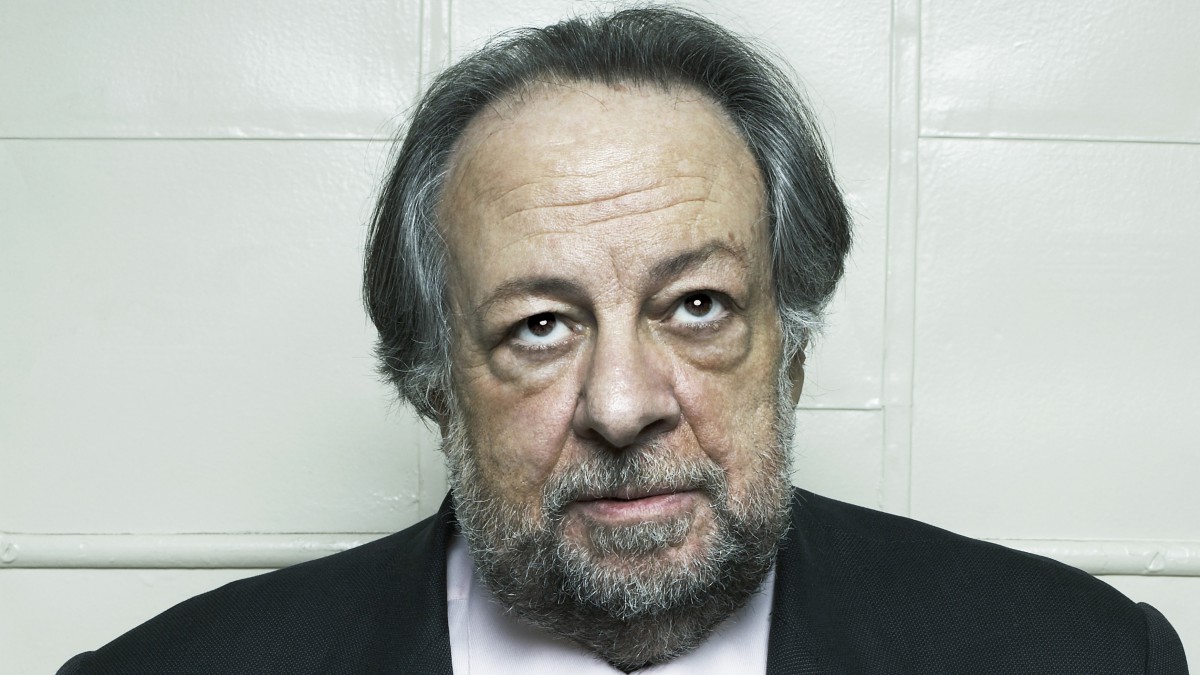 Harry Dean Stanton doesn’t get out much anymore. Stan Lee works too hard at enhancing the brand. Worst of all, Tommy Ramone is as dead as laser discs. Unless your lonesome cult worship of Bob Dole verges on psychotic, that leaves 67-year-old magician, self-appointed prestidigitation scholar, and sometime actor Ricky Jay — who performs card tricks for a living in pretty much the same spirit Thomas Pynchon writes novels — without serious competition as the coolest old white dude in America.

For decades now, Jay has been generating more astonishment, puckish delight, and plain old beauty out of virtuoso versions of “pick a card, any card” routines than, quite possibly, anyone in the history of conjuring. Beyond his dexterity, which is phenomenal, what makes his act distinctive is the way it expresses a temperament and even a view of the world. His ingenious sleights of hand communicate will-o’-the-wisp metaphors, existential ironies, and jokes at fate’s expense — in other words, it’s art.

That’s true even of Jay’s signature stunt, which involves hurling a card so hard that it sticks in a watermelon’s pulp, before he ups the ante by trying its tough rind instead — or, as he calls it, its “pachydermous hide.” (His elaborate stage spiels turn language into another deck of cards he can manipulate to wizardly effect.) When he succeeds, you giggle at his daffily resolute, seemingly pointless victory over brain-dead supermarket goods. Then you catch on that he’s just told you the story of his life.

Or as much of it as he cares to share, in a mode completely of his choosing. That’s the case with Deceptive Practice: The Mysteries and Mentors of Ricky Jay, a chopped-down version of a theatrical documentary by Molly Bernstein that came and went faster than Herman Cain’s 2012 presidential candidacy before airing on American Masters on Friday. The title is accurate, since clips of the man’s long-departed Yodas at the art of sleight of hand get mucho screen time and his mysteries stay just that. And since the quickie path to reassuring us he’s some kind of legend gets skipped over — testimonials from his marquee-name fans, plenty of whom would probably have been glad to oblige — viewers aren’t given much choice except to take him and his predilections on his own terms.

We do learn a little about his origins. Inspired by his maternal grandfather, an amateur magician who seems to be the only member of his family the former Richard Potash had any use for, Jay began performing in public at age 4, billed as “The World’s Youngest Magician.” Apparently, no other calling ever interested him, which is both impressive and unnerving. Even Bob Dylan dreamed early on of attending West Point — you know, just like Edgar Allan Poe did.

Because the counterculture opened up space for all sorts of obsessives to follow their bliss — most often benignly, though sometimes not — Jay, who came on a lot more like a Talmudic Hell’s Angel back then, was able to hone his craft in both comedy clubs and rock venues. In 1978, Don Kirshner’s Rock Concert sandwiched him between Kansas and the Sex Pistols, which definitely seems like a metaphor for something. The early stage bill that tickles him most is one he shared with LSD booster Timothy Leary and Ike and Tina Turner, who presumably did their combined best to make LSD look redundant.

Yet he’s a lot happier seizing the chance to educate us about his artistic lineage — the people he reveres, from the merely esoteric (Canada-born close-up magic legend Dai Vernon, once a quasi-household name for his how-to instruction books) to the utterly forgotten (Al Flosso, known as the Coney Island Fakir in his heyday). Basically, Jay is using himself as bait to get his exemplars some posthumous recognition, and he’s sly enough to know that’s frustrating for viewers craving ye olde up-close-and-personal. But if you don’t care about the tradition he comes out of, then your curiosity plainly isn’t worth much as far as he’s concerned.

I’m assuming that the doc’s willful priorities reflect Jay’s own because I’ve never seen him in a context that didn’t seem totally self-devised — not even when he’s doing it more or less anonymously in the margins of a movie like Paul Thomas Anderson’s Boogie Nights. What makes Jay the ultimate artisanal performer is that he owes so little to conventional notions of what an artist, an entertainer, or even an educator ought to be. The hybrid is his own construct and can’t be emulated, and yet there’s nothing affected about it. Plainly, no other way of dramatizing his values makes sense to him. American culture may be hopping with frantic eccentrics, but imperturbable ones are rare birds.

Jay even survived the perils of being in fashion, which happened when Miley Cyrus was a toddler. One of the true oddities of the ’90s was that magic — nobody’s idea of chic entertainment in decades, or maybe ever — got trendy out of the blue. Penn & Teller became hipster heroes, David Copperfield graduated from cultural acne to showbiz Death Star, and you couldn’t piss out of a skyscraper without hitting David Blaine. Since “Who are you going to believe: me or your own lying eyes?” was basically Bill Clinton’s motto, PhD dissertations have probably been written about the culture’s unconscious groping for analogues to the hat-trick expert in the White House.

When schlockmeisters and the culturati end up on the same page, something interesting is usually afoot. Fox got count-’em four ratings bonanzas out of Breaking the Magician’s Code: Magic’s Greatest Secrets Finally Revealed. (They were awesomely cretinous, and I don’t think I missed one.) Literature got in on the act — a bit late, as usual — with Glen David Gold’s Carter Beats the Devil. Then came 9/11, and whaddya know? The whole vogue turned quaint damn near overnight. That’s why 59-year-old Penn and 66-year-old Teller, whose six-nights-a-week Las Vegas residency is now in its 14th year — they settled in at the Rio in 2001, almost like they’d figured out the cool-kids jig was up — are still the youngest and, ahem, “edgiest” professional magicians whose names anyone is likely to recognize. 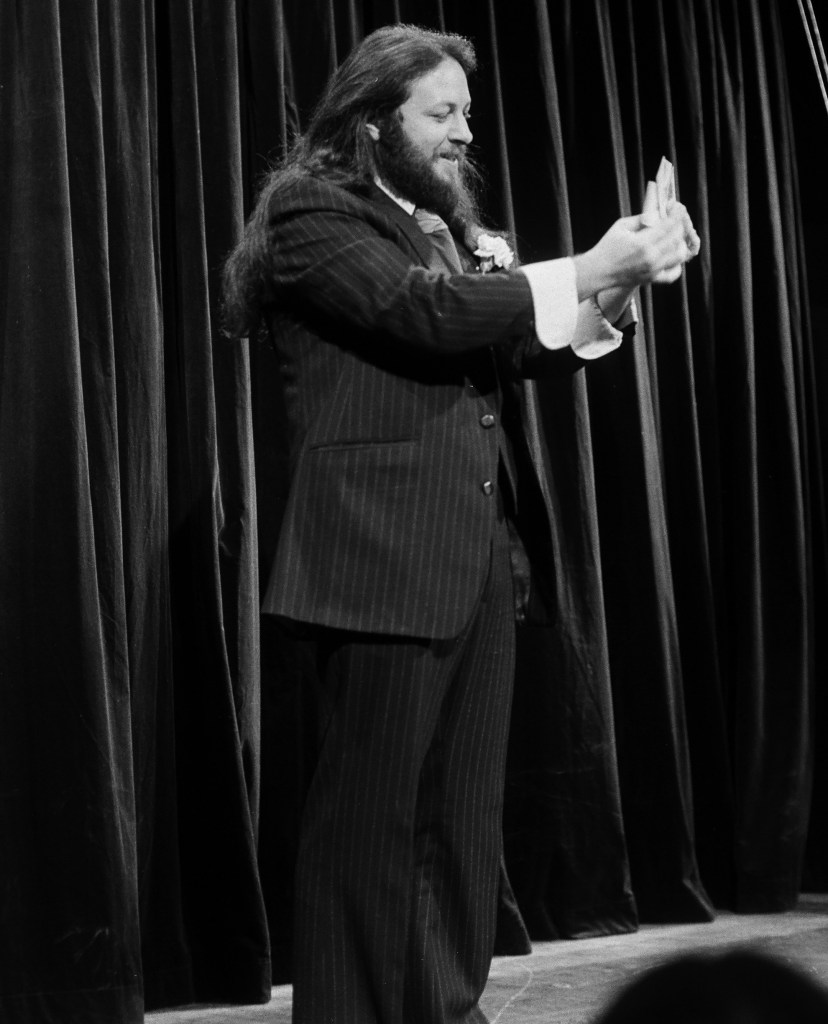 Jay got cast as the caviar edition. A long and awestruck New Yorker profile by Mark Singer is still the closest thing to an intimate portrait he’s ever sat for, and was followed in 1994 by the first of his one-man Broadway shows, Ricky Jay and His 52 Assistants — directed by David Mamet, who went on to oversee two more. Because Jay’s card wizardry works only in jewel-box-size theaters, scoring tickets conferred instant membership in the hipoisie, and I should know: I saved a discarded eight of clubs from his act for years.

Adding to the nimbus of classiness, he was and is a formidably erudite and genial historian of his whole branch of the popular arts from the 15th century to now, with half a dozen books packed with esoteric wonders to his credit. He’s lectured on magic versus spiritualism at Princeton and on confidence games at police conventions. Then there’s his movie work, not only as an actor — for Anderson and Mamet, most memorably — but also as a consultant on big-screen illusions.

What he hasn’t done, at least in any obvious way, is cash in. Most likely, if Jay wanted it, he could have had his own six-nights-a-week Vegas residency as a Fabergé-egghead attraction for a couple of decades now, and nobody would begrudge him — but he’s never had much use for the place. He hasn’t coarsened his act to expand his fan base. Thanks in large part to Copperfield, whose final trick — well, so we can hope — will be to make his audience disappear, the scale of an illusion now defines its quality for most people, but scrupulous miniaturism is the ideal Jay has never deviated from. He’s like someone carving scrimshaw while surrounded by Macy’s Thanksgiving Day dirigibles.

The difference, of course, is that scrimshaw has a reasonably good chance of outlasting its maker. Magic tricks are as ephemeral as art gets — they make fireflies look long-lived by comparison — and their preservation on film or video doesn’t fundamentally change that. While there’s a lot more documentation of Jay’s routines than there is of Vernon’s, the main reason to be grateful for the visual record is that his stage presence and fabulous patter won’t be lost. The essence of what he does — making us blink at the apparently impossible — needs live eyewitnesses to be, well, magical.

The tension between evanescence and permanence is basic to all art, but nobody else thrives this much on demonstrating it at its most extreme. That Jay has also made himself into a devoted and peerless historian of his predecessors in sideshow ephemera — preserving everything about them except those irrecoverable moments of wonder — is the other half of the equation. After all, if it wasn’t for him, nobody else might have cared about the history of illusion, or even been in a position to get us to. 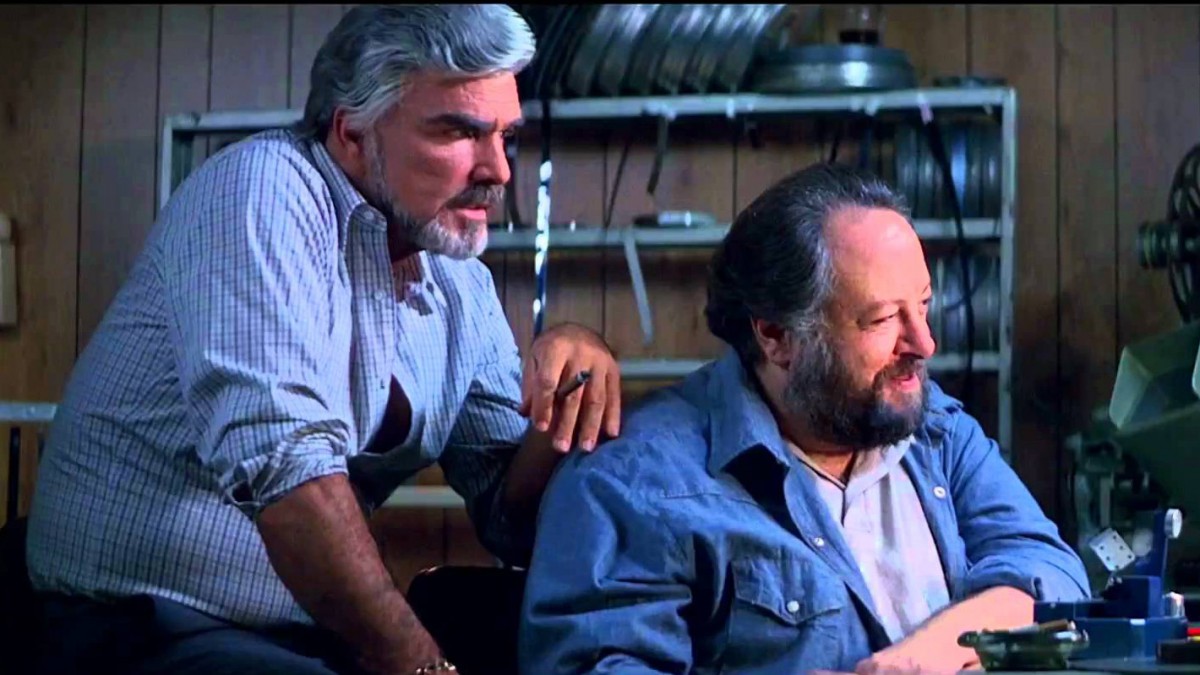 As reticent as Deceptive Practice is about what makes him tick, the doc does evoke the way he lives. If we start with his honor roll of heroes — people not one in 10,000 viewers has heard of, which is part of the point — the climax is Brit journalist Suzie Mackenzie’s awed description of something Jay did during the filming of a BBC special about him a while back.

The Beeb wanted a showpiece trick from him to cap things off, but Jay kept balking. Then he took Mackenzie to lunch, supposedly to talk over the impasse, and performed an astounding feat of sleight of hand just for her — unfilmed, and apparently one he’d never done before or has since. So far as I can tell, she’s literally the only person on the planet who saw his masterpiece, and could you ask for a more pointed statement of artistic principle? Compared with creating a moment that perfect, posterity just doesn’t interest him. After all, he won’t be around for it anyway.