All Work and No Play for J.J. Watt 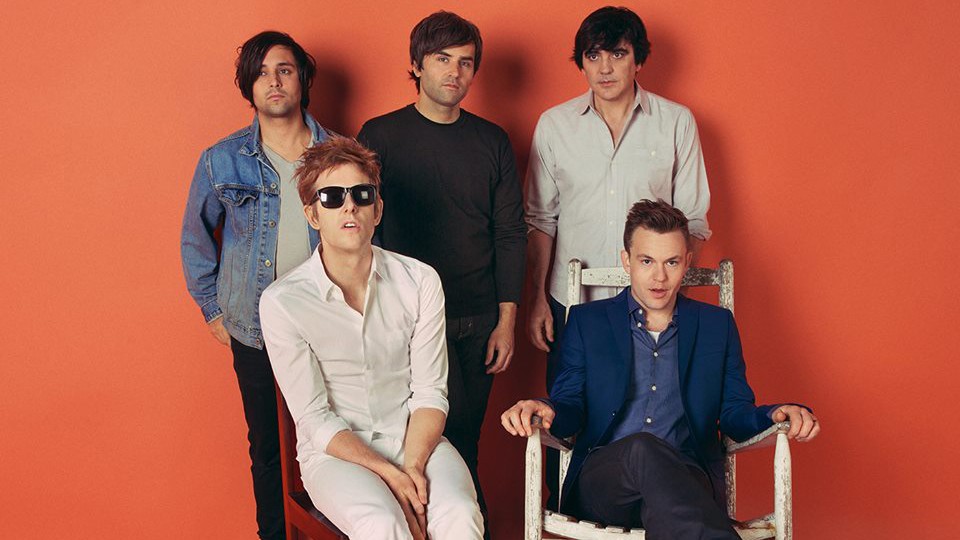 Three years ago, I devised a sort of interesting, sort of ludicrous rubric for determining musical greatness called the Five-Albums Test, which rewards artists who are able to sustain excellence over the course of five consecutive records.1 Many of the artists you would expect to be classified as “great” pass the Five-Albums Test. The Beatles obviously make it. So do Led Zeppelin, Al Green, the Talking Heads, Pavement, and Kanye West. But the Five-Albums Test also flunks out a lot of geniuses. The Rolling Stones, for instance, never put out five great records in a row.2 Nor did Bob Dylan or Guided by Voices.3 Now, you could say this is based on subjective opinion, and any rubric that declares the Stones, Dylan, and GBV as not great is clearly flawed. And I would agree, as the Stones, Dylan, and GBV are my three favorite musical acts of all time. Frankly, the Five-Albums Test pisses me off sometimes, and I’m the one who invented it. But the Five-Albums Test is unforgiving in that way.

I would liken the Five-Albums Test to the concept of dynasties in sports. It’s natural for sports fans to differentiate between great teams that win one championship and great teams that win multiple championships in a row. Even if a team has a historically dominant season (like the 2000 Baltimore Ravens), that is not considered to be as impressive as winning out over several seasons, even if the victories themselves are less decisive (like the Patriots teams of the early ’00s).

In pop, however, flashes of brilliance can overshadow yeomanlike consistency — it’s sexier to be Nirvana or Joy Division than it is to be Wilco or the Cure. The point of the Five-Albums Test was to recognize artists that might sell a modest number of records and generally garner really good reviews, without ever being considered the best artists of their time. Often, a career of putting out records like Summerteeth and Disintegration is valued less than having a singular, paradigm-shifting masterpiece like Nevermind or Unknown Pleasures. The reliably great somehow becomes the enemy of the undeniably classic. This is what the Five-Albums Test was intended to address. It is weighted in favor of the yeomans.

Though I didn’t make up the Five-Albums Test with Spoon specifically in mind, there might not be a band better suited for it.

Between 1998’s Series of Sneaks and 2007’s Ga Ga Ga Ga Ga, Spoon put out five albums, basically every other year. All of them are different, and all of them are great in different ways. These records represent a true arc, starting with the jacked-up neo-psychedelic post-punk of Series of Sneaks and concluding with the “white-dude dance-rock band that occasionally sounds like Billy Joel” guise of Ga Ga Ga Ga Ga. The albums in between are difficult to describe in the terms normally delineated for describing music. They don’t really fit with any genre or trend associated with ’00s rock, though Spoon in retrospect seems more representative of indie ’00s-ness than any of its contemporaries. I could, again, break these LPs down into reference points — let’s begin with Motown, Wire’s Pink Flag, Elvis Costello, and “Emotional Rescue,” just for kicks — but that’s not nearly as evocative as it needs to be. The typical Spoon song might have a James Jamerson bass line, a Bruce Gilbert guitar lick, stinging This Year’s Model–style lyrical asides, and a gritty, Jaggeresque vocal, but those elements will be deconstructed, dubbed onto a cassette of questionable fidelity, and then reassembled slightly out of order.

This isn’t working. Let’s try this: Imagine walking into your living room in the morning and noticing that each piece of furniture has been moved one foot to the left. The room still contains elements that feel homey and familiar, and yet the overall feng shui is disorienting. You might not love it at first glimpse but a week later you notice that the image of that room is still in your head. Ten years later, you can’t recall this arrangement ever troubling you. That’s what those Spoon records are like.

What’s notable about Spoon is that A Series of Sneaks, 2001’s Girls Can Tell, 2002’s Kill the Moonlight, 2005’s Gimme Fiction, and Ga Ga Ga Ga Ga, as a body of work, is generally better regarded than any of the component parts are on their own. There is empirical evidence for this: In 2009, the critical aggregation site Metacritic declared Spoon “our top overall artists of the decade,” based on an average album “Metascore” of 85.3. Two groups scored higher than Spoon, but Spoon was given the edge because it put out four highly rated albums vs. three each for Sleater-Kinney (which otherwise scored an 86.3) and Outkast (which scored an 86.0). (Apparently, Metacritic subscribes to the less rigorous Four-Albums Test.)

Looking over Metacritic’s yearly lists, the highest-ranking Spoon album is Kill the Moonlight, which came in fourth on the 2002 list. Spoon performed similarly on The Village Voice’s comprehensive annual critics poll Pazz & Jop, though there it was Ga Ga Ga Ga Ga that ranked highest, coming in seventh in 2007. (Girls Can Tell and Kill the Moonlight didn’t appear in P&J’s top 40 for their respective years.) Otherwise, each Spoon LP lurks back in the low 20s to no. 30 on the annual Metacritic lists — critics always liked Spoon albums, but never ecstatically. And yet over the long haul, Spoon was the band that emerged from the pack. It was acclaim by way of attrition.

The polls only measure critical opinion, but I think it translates to how Spoon is perceived more broadly. It is a band that people appreciate in the long term and take for granted in the short term. With a new Spoon album, They Want My Soul, set for release next week, I think it’s time for us to stop doing this.

Spoon first teased They Want My Soul in March with a video of an oscilloscope, and later in May with a cryptic message posted across its social media platforms. Written in white text against a black background, it read simply “R.I.P.” It was subsequently revealed that “R.I.P.” referred to “Rent I Pay,” the album’s quintessentially Spoonian opening track — simultaneously retro and postmodern, it’s a dense yet immediate tangle of trebly guitar slashes, booming drum echoes, and vaguely menacing lyrical references to insomnia and backward masking. You’ll want to play it 50 times to maximize its pleasures and figure out what the hell it means.

I suspect that “R.I.P.” may have also been a sly joke about Spoon’s perpetual underdog status. They Want My Soul is Spoon’s first album in four years. The band’s previous LP, 2010’s Transference, seemed to signal an end to Spoon’s five-album hot streak. I’ve come to like Transference more than I did initially, but it’s definitely an “after” record — the bruised and battered arrangements and drawn-out, zombified instrumental outros convey a feeling of late-night, post-party exhaustion that may or may not be intentional.

It’s my sense that Spoon’s base of popular and critical support had also grown a little tired in Transference’s wake. I can’t quite put my finger on why I feel this way, as the album actually did really well with music writers. (It has a Metacritic score of 80.) I could be projecting, since I was pretty blasé about Transference in spite of loving Spoon’s previous records. But I don’t think I am, based on how They Want My Soul has already been received.

In June, Britt Daniel and Jim Eno appeared on NPR to discuss They Want My Soul in depth for the first time. The hosts enthused that Spoon had “rediscovered an energy, passion, and inspired sound” on Soul; the headline for the web version of the story declared that the band was “learning to loosen up.” Transference wasn’t slagged by name, though by implication it was an album of slack energy, diminished passion, tired sound, and general tight-assiness. In a way, I don’t disagree with this assessment, because I enjoy They Want My Soul more than Transference. But I also think I’m supposed to enjoy They Want My Soul more. A lusher and more luminous record, Soul radiates delight like Transference exudes weariness.

After listening to Soul several times, I’ve come to hear it as the morning to Transference’s night. Both records are more concerned with sound than songs, which are made even less tangible by Daniel’s nonlinear lyrics. (The exceptions are “Do You,” a love song set to jangly guitars and handclaps, and the exuberant “Let Me Be Mine,” which is the closest Soul gets to delivering another “The Way We Get By.”) On Transference, the central instrument was Daniel’s wounded guitar; on Soul, it’s new member Alex Fischel’s keyboards, which wash beautifully over the fractured narratives about crooked gurus and stubborn love affairs rattling “Outlier” and “Inside Out” like a seductive, spectral fog. These songs don’t sound like a break from Transference, but rather like a logical next step.

While the NPR segment presented They Want My Soul as a creative “reset,” Daniel pivoted slightly in the interview, suggesting that Spoon’s hiatus was more about heeding the market than creative concerns.

“Between 2001 and 2010, we put out five records, which is not a lot by ’60s standards. But in terms of today’s standards, it’s pretty fast,” he said. “I mean, especially since concert promoters run the business now. And that’s the way you make money, is doing shows, you know? So we just needed a break.”

Fatigue is a real though impossible-to-quantify factor in determining not just media coverage but popular taste. It’s a weird curse to be so good for so long that your audience starts to get bored with you, but after Transference, Spoon was uniquely susceptible to this problem. Just as writers eventually run out of insight on a particular artist, audiences get antsy.

As music fans, we’re conditioned to look at careers in terms of Behind the Music–style peaks and valleys — an artist we believe is brilliant will at some point suck. Follow an artist long enough, and you start to see suckage even when it’s not really there. Artists have internalized this perception, and it affects how they end up talking about their latest work. Sometimes, a solid if unspectacular effort like Transference will be construed into a “suck point,” so that the next record can be sold as a “redemption” record. (I refer to this as “His Best Album Since Blood on the Tracks” Syndrome.)4

What sets They Want My Soul apart from past Spoon records is that it’s the first to have a media-friendly narrative. Typically, well-regarded albums have a backstory, which describes how the record was made and/or the circumstances that inspired the writing of the songs. The “heartbroken guy decamps to Northwoods cabin and makes beautiful music” mythos of the first Bon Iver record is an obvious example. They might also have a side or parallel story, which juxtaposes what the artist signifies in the media with larger cultural issues. Frank Ocean’s Channel Orange exemplifies this phenomenon; Ocean coming out right before the album’s release undeniably impacted how that record was received in an overwhelmingly positive way.