The Reducer: Week 3, This Is the North, We Do What We Want 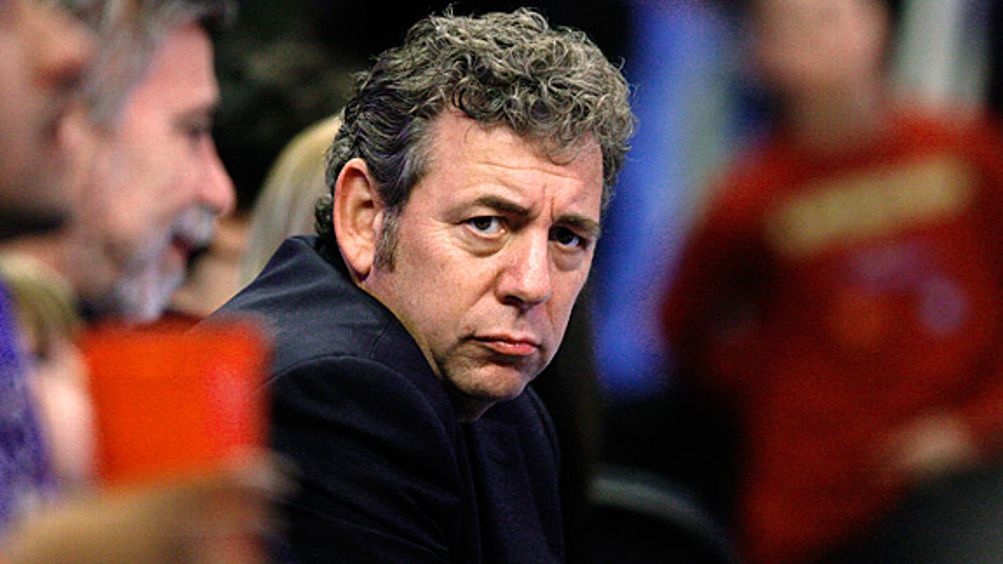 The Boston Red Sox signed their first black player in 1959, a utility infielder named “Pumpsie” Green.1 This was 12 years after the Brooklyn Dodgers broke the color line with Jackie Robinson. No other team in baseball dragged its feet on integration like the Red Sox. It wasn’t until 1965, in fact — 18 years after Robinson started at second base for the Dodgers — that Boston had its first full-time black player. Why?

The simple answer — that the Red Sox owner at the time, Tom Yawkey, was a racist — is not terribly satisfying. Lots of racists are happy to hire black people, particularly if they can exploit them as spectacularly as baseball owners exploited their players in the postwar years.2 There was a lot of money to be made by raiding the Negro Leagues in the 1940s. The talent pool was extraordinary: Jackie Robinson, Roy Campanella, Hank Aaron, Ernie Banks, and Willie Mays, among others. The Sox were well aware of this. They tried out Mays and Robinson — both of whom they could have used in the lean years of the 1950s, when the team was known as “Ted Williams and the Seven Dwarfs.” In a recent academic paper, the economist Jonathan Lanning has also shown that almost without exception integration in the 1940s and 1950s had an immediate and significant positive impact on a team’s attendance — even in cities where you might not think the fan base would be enthusiastic.3 Lanning calculates, in fact, that almost no team in baseball had as much to gain financially from bringing in black players as the Red Sox, particularly since they were losing money in the 1940s. Yawkey’s bigotry left millions of dollars on the table.

Yawkey was not just a racist, in other words. He was a racist who put his hatred of black people ahead of his desire to make money. Economists have a special term they use to describe this kind of attitude. They would say that Yawkey owned the Red Sox not to maximize his financial benefits, but, rather, his psychic benefits. Psychic benefits describe the pleasure that someone gets from owning something — over and above economic returns — and clearly some part of the pleasure Yawkey got from the Red Sox came from not having to look at black people when he walked through the Fenway Park dugout. In discussions of pro sports, the role of psychic benefits doesn’t get a lot of attention. But it should, because it is the key to understanding all kinds of behavior by sports owners — most recently the peculiar position taken by management in the NBA labor dispute.

The rationale for the NBA lockout, from the owner’s perspective, goes something like this. Basketball is a business. Businesses are supposed to make money. And when profits are falling, as they are now for basketball teams, a business is obliged to cut costs — which in this case means the amount of money paid to players. In response, the players’ association has said two things. First, basketball teams actually do make money. And second, if they don’t, it’s not the players’ fault. When the two sides get together, this is what they fight about. But both arguments miss the point. The issue isn’t how much money the business of basketball makes. The issue is that basketball isn’t a business in the first place — and for things that aren’t businesses how much money is, or isn’t, made is largely irrelevant.

Basketball teams, of course, look like businesses. They have employees and customers and offices and a product, and they tend to be owned, in the manner of most American businesses, by rich white men. But scratch the surface and the similarities disappear. Pro sports teams don’t operate in a free market, the way real businesses do. Their employees are 25 years old and make millions of dollars a year. Their customers are obsessively loyal and emotionally engaged in their fortunes to the point that — were the business in question, say, discount retailing or lawn products — it would be considered psychologically unhealthy. They get to control their labor through the draft in a way that would be the envy of other private sector owners, at least since the Civil War. And they are treated by governments with unmatched generosity. Congress gives professional baseball an antitrust exemption. Since 2000, there have been eight basketball stadiums either built or renovated for NBA teams at a cost of $2 billion — and $1.75 billion of that came from public funds.4 And did you know that under the federal tax code the NFL is classified as a nonprofit organization?5 Big genial Roger Goodell, he of the almost $4 billion in television contracts, makes like he’s the United Way.

But most of all professional sports owners don’t have to behave like businessmen. For every disciplined and rational operator like the Patriots’ Robert Kraft or Mark Cuban, there is also someone like Washington Redskins owner Dan Snyder. Snyder was a brilliant entrepreneur, who at the age of 36 sold Snyder Communications — the marketing company he built from scratch — for an estimated $2 billion. He has subsequently run the Redskins like a petulant 14-year-old fantasy owner. Snyder Communications was a business. The Redskins are a toy. The former he ran to solely maximize profit. The latter he runs for his psychic benefit — as a reward for all the years he spent being disciplined and rational. And it is one of the surreal qualities of professional sports that they are as welcoming and lucrative for those owners who chose to behave like 14-year-olds as they are of those owners who chose to behave like grown-ups.

The Financial Times recently interviewed Diego Della Valle, the chief executive of the Italian luxury goods manufacturer Tod’s. Della Valle owns the celebrated Italian football club Fiorentina. “I ask if the decision to buy the club was made from the heart, or for business reasons,” the Financial Times interviewer writes. Della Valle replies: “With football, business reasons don’t exist.” Exactly. Yawkey did not have “business reasons” with the Red Sox either. Why did he care that keeping the club lily white cost him millions of dollars? He inherited $40 million from his grandfather when he turned 30 in 1933 (which is roughly $700 million in today’s money). He fell in love with baseball growing up in Detroit. Ty Cobb was one of his best friends. The Red Sox were his heart’s desire, and in his case his heart’s desire — so the story goes — included things like running out on the field during Jackie Robinson’s tryout and yelling “Get those [expletive] off the field.” In case you were wondering how this kind of thing goes over with the baseball establishment, Yawkey was elected to the Hall of Fame in 1980.6

The best illustration of psychic benefits is the art market. Art collectors buy paintings for two reasons. They are interested in the painting as an investment — the same way they would view buying stock in General Motors. And they are interested in the painting as a painting — as a beautiful object. In a recent paper in Economics Bulletin, the economists Erdal Atukeren and Aylin Seçkin used a variety of clever ways to figure out just how large the second psychic benefit is, and they put it at 28 percent.7 In other words, if you pay $100 million for a Van Gogh, $28 million of that is for the joy of looking at it every morning. If that seems like a lot, it shouldn’t. There aren’t many Van Goghs out there, and they are very beautiful. If you care passionately about art, paying that kind of premium makes perfect sense.

Pro sports teams are a lot like works of art. Forbes magazine annually estimates the value of every professional franchise, based on standard financial metrics like operating expenses, ticket sales, revenue, and physical assets like stadiums. When sports teams change hands, however, the actual sales price is invariably higher. Forbes valued the Detroit Pistons at $360 million. They just sold for $420 million. Forbes valued the Wizards at $322 million. They just sold for $551 million. Forbes said that the Warriors were worth $363 million. They just sold for $450 million. There are a number of reasons why the Forbes number is consistently too low. The simplest is that Forbes is evaluating franchises strictly as businesses. But they are being bought by people who care passionately about sports — and the $90 million premium that the Warriors’ new owners were willing to pay represents the psychic benefit of owning a sports team. If that seems like a lot, it shouldn’t. There aren’t many NBA franchises out there, and they are very beautiful.

The big difference between art and sports, of course, is that art collectors are honest about psychic benefits. They do not wake up one day, pretend that looking at a Van Gogh leaves them cold, and demand a $27 million refund from their art dealer. But that is exactly what the NBA owners are doing. They are indulging in the fantasy that what they run are ordinary businesses — when they never were. And they are asking us to believe that these “businesses” lose money. But of course an owner is only losing money if he values the psychic benefits of owning an NBA franchise at zero — and if you value psychic benefits at zero, then you shouldn’t own an NBA franchise in the first place. You should sell your “business” — at what is sure to be a healthy premium — to someone who actually likes basketball.

Malcolm Gladwell is a staff writer at the New Yorker and the author of The Tipping Point, Blink, Outliers and most recently, What the Dog Saw. He is a consulting editor for Grantland; this is his first piece for the site.