Lost to the Ages 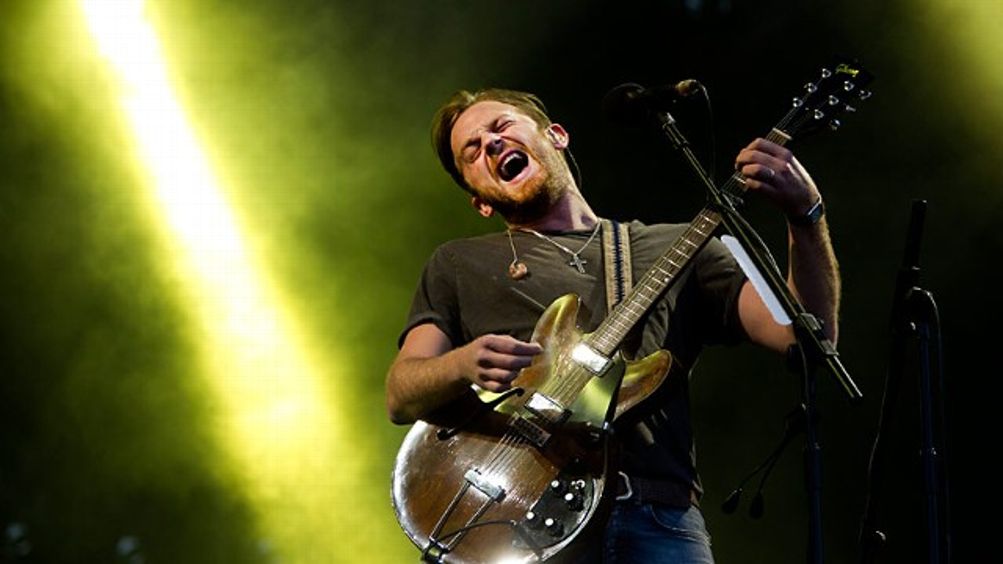 I‘m not sure of the exact moment when using the term “sell out” officially fell out of fashion in pop-music discourse. The most commonly regarded turning point away from deriding artists for openly chasing corporate dollars is probably Moby licensing every track off his album Play in 1999, and for obvious reasons — it came out the same year Napster launched and the record industry’s implosion commenced. “Selling” anything in a music context suddenly seemed like a Herculean task. But I remember people still occasionally using “sell out” after that. The last time I heard it was five years ago, and it was directed at Kings of Leon.

You might remember that the Tennessee trad-rock outfit once had a reasonably hip reputation in the early ’00s as a Strokes/CCR hybrid. KOL’s first two albums were accompanied by a mythic backstory that involved the group’s trio of brothers — Caleb, Nathan, and Jared Followill — being raised by a traveling Pentecostal preacher who forbade his boys to taste the sinful fruit of rock and roll. Defying the threat of eternal damnation, the brothers recruited their cousin Matthew to play guitar, invested in a closetful of impossibly tight jeans, and formed a hard-drinking and hip-swinging rock group. That’s what the PR said, anyway — it was the kind of tale that is used to establish a band’s “realness” in the media, and it actually sort of worked for a while. “Kings of Leon are two-door muscle cars and Piggly Wigglies and racist uncles and upholstery that stinks of smoke,” the novelist Dave Eggers wrote of the band’s musky 2003 debut, Youth & Young Manhood, and I’m pretty sure he meant it as a compliment.

Then Kings of Leon released their fourth record, 2008’s Only by the Night, and its career changed forever.1 The band essentially clarified its sound and appearance on Night: The music was pared down to a few core essentials (namely Matthew’s soaring Skynyrd-goes-U2 riffs and Caleb’s lobotomized Randy Newman impersonation), and then those essentials were amplified to the point of inescapable bombast. Imagewise, the Followills cut their hair and shaved off the Russell Hammond mustaches so that their handsome mugs could finally smolder at peak temperature.

The backwoods iconography of the first two records was now gone. To borrow an acclaimed writer’s metaphor, it was as if the racist uncles had been escorted out the back door and replaced with fashion models.2 Kings of Leon now conformed to an archetype that had been rendered virtually extinct since the end of the hair metal era: the rock himbo. At a time when most rock bands scarcely even reference carnality — let alone tease their facial stubble to just the right level of scruffiness — Kings of Leon set themselves apart by making sex the focal point of their appeal, and then setting that sex on fire!

In its aversion to indefinite pronouns, the hit power ballad “Use Somebody” was typical of Kings of Leon’s new songwriting style; a line like “I could use somebody / someone like you” can mean everything or absolutely nothing depending on the listener. Whether it was universal or just generic, Only by the Night was inarguably successful, moving more than 6 million units worldwide. (Those are practically Black Album numbers when adjusted to early 21st-century record industry standards.)

Many fans of Youth & Young Manhood and 2005’s Aha Shake Heartbreak felt stung. Kings of Leon appeared to have chucked their “true” identity in favor of cynically churning out an unlikely and yet highly commercial composite of Coldplay and Cracker Barrel. The follow-up to Night, 2010’s Come Around Sundown, was even more overblown — in the video for “Radioactive,” Kings of Leon embrace members of an African American children’s choir like homecoming messiahs, emitting the sickly, saintly glow that signals deathly levels of Rattle and Hum–like hubris. But those who yearned for the “old” Kings of Leon were clinging to a false premise — that what a band is on its debut is who it really is. The reality is that Kings of Leon needed to make several records to find their identity — ultimately, this was always a band that believed making a music video with a kiddie choir was a good idea; it just didn’t know it right away.

With Mechanical Bull, the band’s sixth album, Kings of Leon have finally reached their potential. They are now, without question, the world’s top idiot rock band.

I understand that classifying Kings of Leon as “the world’s top idiot rock band” might strike some as an insult. Let me explain: I do not believe that the Followills collectively have the intelligence of a 3-year-old child, nor would I say the same about those who enjoy Mechanical Bull. (I’m one of those people who enjoy Mechanical Bull, particularly the sub-mental parts.) I’m only trying to illustrate the level on which Mechanical Bull most effectively communicates with the listener. Kings of Leon are neither interested in being, nor equipped to be, intellectually engaging. If this record had a brain, it would look like one of those Homer Simpson thought bubbles where a sleeping donkey is swarmed by flies. If this record had a crotch, it would be perpetually thrusting with the power of that same donkey being shot out of a cannon and into the back cab of a monster truck blasting Side 1 of ZZ Top’s Fandango!

This stupendously titled album opens with an even more stupendously titled song called “Supersoaker,” which has a clanging, revved-up guitar lick that comes closest to the band’s promise of delivering a “back to basics” record. It’s one of Bull‘s best songs and it features the record’s most awesomely terrible lyrics — quite an achievement considering the stiff competition. A vaguely patriotic slice of Americana that references flags flyin’ across the plains and livin’ “down in the delta,” “Supersoaker” is expertly sold by Caleb Followill, who lacquers the song’s cornball Dadaist nonsense in a caramelized enunciation-optional growl. “‘Cause I’m a supersoaker red, white, and blew ’em all away / with the kisses unclean as the words that you say,” he sings confidently if not quizzically — not since Noel Gallagher during Oasis’s mid-’90s prime3 has a rock lyricist approached coherence with such cocksure indifference.

Later, Kings of Leon revisit the “I want this thing cuz this thing I want is a thing I want” style of songwriting perfected on “Use Somebody” on the splendidly dunderheaded “Rock City,” where Caleb sings, “I’ve been several miles and plenty more / and I found myself face-first on the floor / searching for something / but never finding something.” If that reads like gobbledygook, wait until you hear it sung.

At the risk of sounding like a Kings of Leon song, I’d argue that the hardest-rocking tracks on Mechanical Bull work the best because they’re based on a template that has been proven time and again to work the best. You can merely laugh at the Mouse Rats of the world if you choose, but when Li’l Sebastian is struck by an untimely tragedy, a chest-beating Mouse Rat anthem is precisely what’s needed to send him off in appropriately majestic fashion. Similarly, when I listen to “Temple” — which is about how Caleb Followill would take a bullet to the head from somebody for love because he loves some other somebody just that much — my brain tells me to make fun of it as a reject from Andy Dwyer’s song pile. But other parts of my body override my brain and tell me to turn it the fuck up already. The same goes for the zippy-dippy “Don’t Matter,” which Nathan Followill admitted to Rolling Stone was written in 15 minutes — 10 of which I’m guessing was spent trying to locate the last case of Red Bull in the band’s coffers.

If Mechanical Bull had 12 songs as durrr-brilliant as “Temple” and “Don’t Matter,” I would have it welded into my car stereo with the volume knob permanently fixed at 27. Unfortunately, along with being the “return to rock” record, Mechanical Bull is also the “atonement” record. Bull arrives after an embarrassing (and well-publicized) onstage mishap in Dallas that led to the cancellation of shows in support of Come Around Sundown in 2011.

The redemption narrative is not subtle on Mechanical Bull — after all, you know what they say about automated livestock and the best course of action should you fail to stay perched upon it. It’s also spelled out in the song titles: “On the Chin,” “Wait for Me,” “Comeback Story,” “Coming Back Again.” Along with acknowledging past mistakes, Kings of Leon also had to shore up their commercial prospects after Sundown failed to produce another “Use Somebody.” The big swing on Mechanical Bull in this regard is “Beautiful War,” which Caleb claims was written the same weekend as “Use Somebody” several years ago. Let’s just say it’s readily apparent why the other song was released right away while the limp “Beautiful War” sat on the shelf.

Better is “Comeback Story,” one of several tracks on Mechanical Bull to exhibit a pop-country influence — which might not be a terrible direction for the Kings to pursue going forward should Mechanical Bull underperform. (Mechanical Bull is a pretty stellar country-rock album title.) More plaintive than Kings of Leon usually allow themselves to be, “Comeback Story” also offers up a weird taunt in the chorus: “I walk a mile in your shoes / and now I’m a mile away / and I’ve got your shoes.” Wait, is this supposed to be a metaphor for empathy or did this guy just steal my kicks? As with all things Kings of Leon, thinking too hard is discouraged.