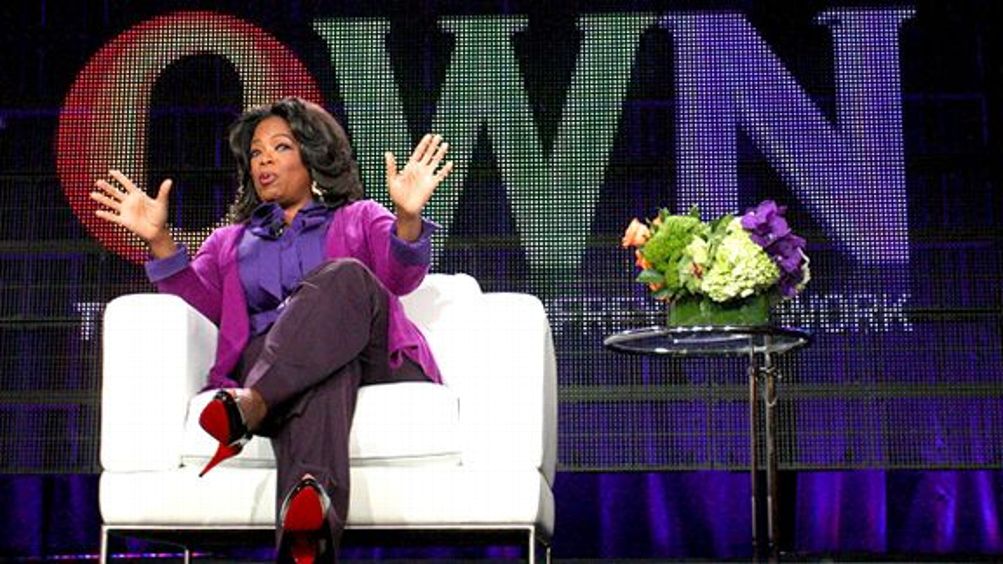 This column will serve as a power ranking of the top Humblebraggers of the month. However, since this is the inaugural list, I’ve decided to just compile a list of my favorite all-time Humblebraggers. What’s that you say? What’s a Humblebrag? Sorry — I got ahead of myself.

A Humblebrag is basically a specific type of bragging which masks the brag in a faux-humble guise. The false humility allows the offender to boast their “achievements” without any sense of shame or guilt. Unfortunately/fortunately, Humblebragging is very commonly used in our society, and for some reason Twitter seems to be the perfect forum for people to do it. So, about a year ago, instead of just silently griping about it to myself, I gave it a name and started an account on Twitter on which I retweet Twitter’s most flagrant Humblebraggers (www.twitter.com/humblebrag).

And here are the greatest humblebraggers to date …

“I was mentioned in the NY times but the piece was so fucking dumb I didn’t post it. All though he said nice things about me. #burningbridges”
Yeah, but you just mentioned the piece, so clearly you wanted us to know about it. The only bridge burned here is the one between you and humility.

“Sorry to be namedroppy but it wasn’t for robin williams pep talk tonight I may have quit comedy. Weird night.”
One of my favorite Humblebrags is when the attempted brag isn’t even all that cool. Not sure how “namedroppy” Robin Williams is in 2011, but solid try no less!

“Countdown to me pacing in the green room wondering what the fuck happened and how I got here.”
This one sounds like the opening voice-over from a bio-pic about a country singer I wouldn’t see.

“I hate my lambo! Police is ALWAYS pulling me over just cuz its a lambo so they always think I’m speeding but I’m not!! Then they let me go!”
Stop it.

“Man this is SOunfair! Why did the lambo dealership not tell me I’d get pulled over at least once a week in this car? Time for a corolla lol!”
Please stop it.

“I’m not kidding about buying another piece of shit car worth 800 bucks! I’ll drive that thing like its my life!! Lol! At least nobody stare!”
Seriously, please?

Lee Unkrich is the insanely talented Pixar director (Toy Story 3, Finding Nemo). I only included him on here to display how humblebragging spans all levels of success. Here are a few gems:

“Spaz Alert: I tripped walking up stairs to stage to receive my Oscar Nominee certificate. #foreveranerd”

“Did this actually happen? I have absolutely no recollection of Justin Timberlake bowing down to me. http://t.co/fGXxpur”

“Just in case you think all this has gone to my head, within 36 hours of winning the Oscar, I was back home plunging a clogged toilet.”

Does anyone know if Lee Unkrich won an Oscar? Please email me at jk@obviously.com

I’m not entirely sure who Chrissy Teigen is and I am too lazy to open another window and Google her. I am guessing she is some sort of model/actress. Regardless, this is just some good old fashioned meat-and-potatoes humblebragging here.

“Red carpet and sweaty. Mother eff can I get a redo.”

“Yawn. Nothing stupid is happening and that upsets me. This carpet is run too well.”

“so many big meetings, on hold for an amazing job, and the fucking snow is fucking it all the fuck up. fuck fuck fuck”

“what the heck does one wear to a meeting at the style network? seriously.”

Whatever doesn’t clash with boasting. Seriously.

Jake Owen is a country singer I think. I’ve never heard of him, but apparently some woman at a diner has …

“just crushed an omelet…. even after some lady leaned over my table asking for an autograph and dipped her boob in my hashbrowns. Yum.”
What part of this do you think he was more excited to tell us? that he ate an omelet or that some woman asked him for an autograph? I bet it’s the autograph thing.

Jake Owen also frequently employs a very specific type of humblebrag, which is the “some person did something great and I am very good friends with them” Humblebrag.

“Hey y’all.. Tryin to get a trend started for my best bud Mardy Fish playing his 3rd match at US Open.. Come on y’all! cheer him on! #gofishy”

“Congrats to @Miranda_Lambert for all 9 of her CMA nominations. I don’t know anyone more deserving.”

You know country singers and a tennis player?! Right on, dude.

“OMG! Just had a SURPRISE date with Jackie Jackson. My teen idol hearthrob. Tried not to talk too much or eat too much. Succeeded at neither!”

This is the fellow who was blogging from Pakistan during the Osama raid.

“Uh oh, now I’m the guy who liveblogged the Osama raid without knowing it.”

“Fact: I don’t own a TV set and stopped watching TV many years ago. Sorry three-lettered-big-tv-news-channels for not replying to your emails”

“oh I forgot, one needs electricity to make coffee, which, we don’t have right now in Abbottabad. :-/”

“and here come the mails from the mainstream media… *sigh*”

This guy’s 15 minutes cannot end soon enough for me — oh, what’s that? They’re over? Cool.

Similar to Oprah’s, but even better in my opinion. A repeat offense here:

“It’s a good night for natural light in LA…http://twitpic.com/39mfrv“

We get it — you got some Emmy’s for “Reading Rainbow.” Relax, man.

“Hope & despair are born of imagination. I am free of both”

Totes is my all-time favorite Humblebragger. Unlike most Humblebraggers, he does not live in Hollywood, nor is he related to the entertainment industry in any way. I think he’s a real estate broker from San Diego or something. His Humblebrags are unmatched. Here are some examples from the man, the myth, the McGotes.

“I just realized I’ve only showered in ONE of my FIVE showers since I’ve moved in here. This must change #totesproblems”
So … much … gold. Love the third person “Totes problems” hashtag at the end.

“Told the cpl renting my house in the midwest, who both lost their jobs last month, not to worry about Nov/Dec rent. They have a little boy.”
I’ve always been told good deeds are best when done anonymously. I stand corrected.

“Maybe I’m too nice, but stories like that around the holidays get to me. Hopefully they’ll give their little boy a good xmas. #karma”
Wait, so you’re getting choked up by your own story about yourself? Am I reading this correctly?

“Omg so tired. Long day ahead but I know as soon as I’m on the boat my happiness level will increase 90% … hope to spot some killer whales!”
Anyone who calls “a” boat “the” boat needs to not do that.

“Preparing my accountant for my office changing from a few hundred sq ft to several thousand. And boat expenses as third home. #plsdontaudit”
Gross.

Point being, these go on forever. He is a bottomless pit of Humblebragging, and I love him for it. A lot of people talk trash to Totes on Twitter for his Humblebraggery, but I say leave him alone. I want to see him in his natural habitat, like an animal in the wild — not tampered with by man.

Thanks for reading, everyone. See you next month.

Harris Wittels is a writer for Parks and Recreation and Eastbound and Down. He will be appearing regularly on Grantland.