The Winners’ History of Rock and Roll, Part 7: The Black Keys

Wedded Blitz! Love in the Winter of Life 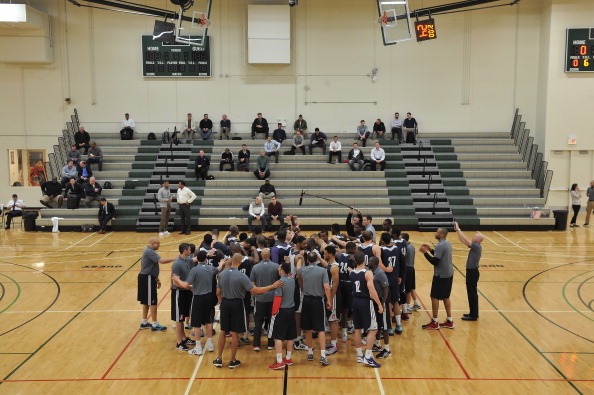 [youtube https://www.espn.com/video/clip?id=13903913
New York has produced no shortage of basketball legends. Many of them are stories of outright failure. Earl “The Goat” Manigault was “the best basketball player in the history of New York City,” according to Kareem Abdul-Jabbar, but drugs kept him from a career after high school. Ed “Booger” Smith was gifted enough to inspire the 1997 documentary Soul in the Hole, but he never made it past junior college ball. Many other stories begin with failure and become lessons of tempered redemption. Pee Wee Kirkland squandered his talent and spent time in prison, but he came back to teach the game and mentor the city’s youth. Lloyd Daniels was supposed to be the evolutionary step between Magic Johnson and LeBron James. Drugs cost him his scholarship at UNLV and nearly cost him his life, when he was shot three times over an $8 crack debt in 1989. By the time Daniels made it to the Spurs in 1992 and endured as a role player for five years in the NBA, the fact that he got there at all felt like a miracle. Then there are the successful legends — Jabbar and Lenny Wilkens and Tiny Archibald and many more — whose greatest accomplishments took place outside of the five boroughs. They end up seeming less associated with New York because they escaped it.

Tom Konchalski is another NYC hoops legend, though he doesn’t fit into the aforementioned categories. As a player, he attended Queens basketball powerhouse Archbishop Molloy High School in the 1960s, but Konchalski never played competitive ball there or anywhere else. He did, however, come of age during a time when he could ride the subway to a playground in Brooklyn and watch Connie Hawkins shoot jumpers, and when a trip to Madison Square Garden for the Catholic league city championships meant bearing witness to Lew Alcindor and Power Memorial’s 71-game winning streak. Those experiences influenced Konchalski to become an amateur hoops scout, and he’s been writing for and running the recruiting newsletter HSBI Report since 1979. He has owned it since 1984. It’s hard to name a more highly regarded scout at the high school level, and nearly all of HSBI Report‘s 200-some subscribers are college head coaches — from John Calipari and Mike Krzyzewski to Division III skippers — who value Konchalski’s eye for basketball talent.

Konchalski is revered for his longevity. When he began scouting, his newsletter was one of just a handful of similar services in the nation. Nowadays fans track prospects’ every move on websites like Scout and Rivals, and college programs are inundated with highlight DVDs and YouTube mixtapes, but once upon a time, Konchalski’s recommendation might convince an SEC coach to offer a scholarship to a Jersey City kid whom the coach could only scout in person once or twice. Now, the pendulum has swung and Konchalski finds himself and his newsletter on the other end of the recruiting information spectrum. If HSBI Report was ahead of its time in the 1980s, now it serves coaches as an old-school remedy that cuts through the relentless hype of high-speed, high-bandwidth high school recruiting. When montages of players like Kyrie Irving dribbling between defenders’ legs and finishing acrobatic layups have become a basic aspect of the recruiting game, Konchalski’s perspective might be more valuable than ever. Irving’s Hoopmixtape might tell you that he has “CRAZY handle,” but Konchalski can tell you how Irving reminds him of and differs from a long line of Northeast point guard prospects, from Pearl Washington to Kenny Anderson to Stephon Marbury. He’s scouted them all.

To me, what’s most impressive about Konchalski is not his staying power in the recruiting business but his devotion to process. He compiles HSBI Report in 2013 the same as he did in 1979. He arrives at games early, talks to the coaches and parents and players, shakes their hands and tries to gauge their characters. Once a game starts, he zeroes in on a handful of noteworthy prospects — never more than six — and writes notes in a personal shorthand-cum-chickenscratch on a yellow legal pad. Sixteen times a year, he types up those notes on a typewriter, ranks players on a scale of 1 to 5 stars, staples the newsletters by hand, stuffs them into manila envelopes, and sends them out to the most powerful coaches in college basketball. Methods so slow and laborious no longer exist for a reason — on any scale larger than Konchalski’s one-man, prestige operation, they aren’t profitable. But that doesn’t mean they aren’t valuable. When you watch Konchalski balance his legal pad on his knee and take in a game, what comes to mind is a master cobbler making shoes by hand in his workshop. You appreciate the old ways, and the fact that they still exist, even if they’re only practiced by a handful of aging craftsmen. You feel lucky that you got to see them in person, because the next generation might have no other place to learn about legends like Tom Konchalski than history books.