A Bengal Under Pressure 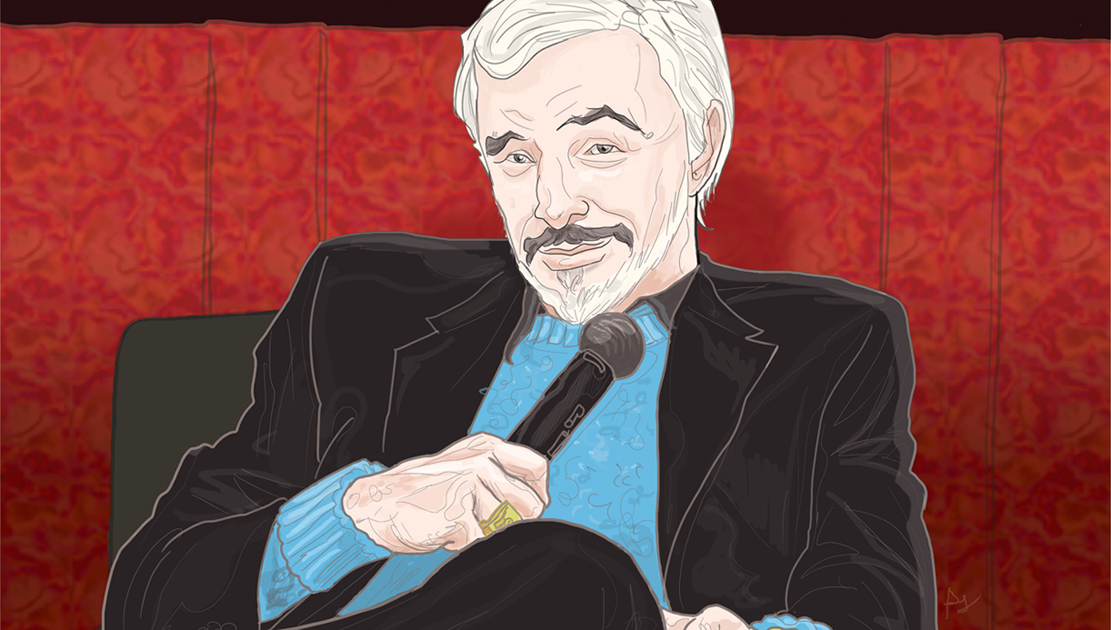 The acting teacher looks up at the stage from his oversize, brown leather chair in this otherwise sparsely furnished auditorium. “You guys saved the night,” he tells a pair of actresses who’ve just run through a one-act play about feuding sisters. “I mean, it was just so bent. But, wait, let me show you something.”

Slowly extricating himself from the chair, he climbs the steps leading to the stage. The actresses steal a glance at one another, not sure what’s coming next. Gently pulling one of the women toward him so he’s standing between her and the students in the audience, the acting teacher fakes a punch to her midsection. “You see a guy fighting for real, and he’s not just throwing arm punches,” explains the teacher, who knows a little bit about staging brawls. “You’ve got to put your whole body behind it.” He repeats the action, and the class murmurs its appreciation.

Satisfied that he’s made his point, Burt Reynolds walks back to his chair. Once the biggest movie star on the planet, these days Reynolds can usually be found here, in the Mirror Ballroom on the second floor of Lake Park Town Hall, teaching South Florida actors everything he’s picked up in an almost 60-year career.

The theater-slash-ballroom — a disco ball hangs from the ceiling — holds a special place for the 78-year-old. He grew up only a few miles away, in Riviera Beach, and this was the very first place he ever got onstage. That was in 1956.

Tonight, though, the spotlight at the Burt Reynolds Institute for Film & Theatre belongs to the 20 or so actors who’ve come for the master acting class. Next up: a man and a woman, performing a scene written by another student in the class. The man, dressed in only his socks and underwear, gingerly crawls around a couch on which the woman is sleeping. He has come through the window after beating a hasty retreat from a romantic tryst in the upstairs apartment.

The actors are struggling with the scene. “It’s too big,” says Reynolds, dissecting their approach: “Forget about it being a comedy. Just be real. Don’t ever beg for laughs. If they’re there, you’ll get them.” The actors nod and resume their places.

Burt Reynolds is Gator McKlusky, Paul Crewe, Sonny Hooper, the Bandit. The man who broke hearts and box-office records for the better part of the 1970s and ’80s, then played the indelible Jack Horner in one of the best films of the ’90s, Paul Thomas Anderson’s Boogie Nights. So what’s he doing teaching acting in Nowhere, Florida?

The population of Riviera Beach in 1946, the year Reynolds’s family arrived, was about 4,000. The population of West Palm Beach, a few miles south, was 40,000 — and that was the big city in the county.

Reynolds, known to almost everyone as “Buddy” then, attended fifth grade in Lake Park and, years later, recalled that there were only about a dozen or so kids in his class, and that “none of the boys wore shoes.” He didn’t, either, not because his family couldn’t afford them — his father was sheriff of Riviera Beach — but because it would have seemed out of place. Growing up, Reynolds enjoyed a kind of Huck Finn existence, and the Everglades were his Mississippi.

It was good training for football, as it turned out. Reynolds went to Florida State, though his halfback career in Tallahassee lasted little more than a season. After a solid freshman year in 1954 — he made a memorable catch against Georgia — a knee injury snuffed out his football dreams. At 19, he headed home to Riviera Beach, with no idea what the future might bring.

That’s when he enrolled at Palm Beach Junior College and met Watson B. Duncan III, a lit professor who was also the school’s theater director.1 It was Duncan who gave the ex-jock his first big break, casting him in the school’s production of Outward Bound. For his performance, Reynolds won the 1956 Florida State Drama Award2 and, with it, a scholarship to the Hyde Park Playhouse in Upstate New York, a place Reynolds calls “the most glorious barn in the world.” From there, he set his sights on Manhattan, determined to make it as an actor.

He found steady work in theater and television, eventually landing a three-year stint on Gunsmoke, where many got their first good look at him. Later, he scored his own series, Hawk, about an Iroquois detective whose beat is the big city, as well as roles in a handful of Westerns, like 100 Rifles, with Jim Brown and Raquel Welch. But it wasn’t until director John Boorman cast Reynolds in Deliverance that Burt Reynolds became Burt Reynolds. “It changed everything career-wise for me,” says Reynolds. “It was just that kind of part.”

In subsequent films, like White Lightning, Gator, and The Longest Yard, Reynolds crafted a unique leading-man persona as a trouble-seeking, sexy, distinctly Southern hero. With Smokey and the Bandit in 1977, he perfected the type. Built around an illegal, interstate beer run — a classic case of boys being boys — the movie catapulted Reynolds to the top of the box office, a position he kept for five years.3

These days, he has a new role: the next Watson B. Duncan III. It makes sense he’d return; in so many ways, he never really left. Over the years, he split his time between Los Angeles and South Florida,4 and he looked for any excuse he could find to shoot in the latter.5 It’s also the case that many of his longtime friends from L.A. — Dom DeLuise, Charles Nelson Reilly, Charles Durning, Hal Needham — have died in recent years. And those who are still around, like Deliverance costar Jon Voight, can be reached easily by phone.6

There’s another reason he’s here. Hollywood doesn’t have much use for former leading men of a certain age, even those who were as big as Reynolds.

“All right, very good, kids,” Reynolds tells the actors, who have wrapped up a long scene.

Everyone here is “kid,” regardless of age. Reynolds uses the term affectionately. “[Actors] have to learn to love themselves,” he says. “They’re going to get beat up enough when they go to New York or L.A.”

The class, which meets twice a week, runs three to four hours. It makes for a long night and, near the end, Reynolds will usually call for a break. Tonight, as most of the students run to the cooler for a bottle of water or dash outside to make a quick phone call, one class regular comes over to him. “I heard you on the radio the other day,” the man says. Reynolds looks at him quizzically. Playful exchanges like this are part of the class script.

The man explains that he heard a radio story on the Blu-ray release of At Long Last Love, a musical Reynolds made with director Peter Bogdanovich in 1975, when Reynolds’s and Bogdanovich’s careers were going in opposite directions. Working with Bogdanovich, Reynolds has said, was not a pleasant experience, largely because Reynolds has never been that comfortable singing and Bogdanovich insisted on recording the musical numbers live, the first time anyone had tried that since the 1930s.

“I only mention it because I know Bogdanovich is one of your favorite directors,” the man says, fishing for a reaction. “Ha!” says Reynolds. “He is his favorite director.” It’s a good line — everyone knows about Bogdanovich’s ego — but there’s no malice behind it. Bogdanovich, Reynolds says respectfully, “could walk in here right now and lecture for three hours on the history of the movies.”

Truth is, so could Reynolds. He’s as much a part of the Hollywood firmament as the countless big names with whom he’s worked,7 but one wonders if he ever thinks about it — about himself — that way. Or if he thinks about the Everglades before the ticky-tacky houses pushed them out of sight. Or about ending up in New York almost by chance. Or landing Deliverance. Or becoming the biggest movie star in the world. If he does, he doesn’t let on. An actor’s job, Reynolds knows, is staying in the moment.

The class gets back to work. Halfway through a scene, the actress onstage breaks character to criticize her own performance. “C’mon,” Reynolds chides her. “It’s like going to see a friend in a play and going backstage to tell them how great they were, only to have them say, ‘Oh, thanks, but you really should have been here last night.’ Nobody wants to hear that.”

Class ends. The teacher is chatting again. He’s asked if he thinks another Burt Reynolds might walk through the door of Lake Park Town Hall one day. “I hope not,” he deadpans, before turning more reflective. “There’s lots of Burt Reynoldses walking around. They just don’t know it.”

Gaspar González is a writer and filmmaker.

Smokey and the Bandit courtesy of Universal Studios Licensing LLC.