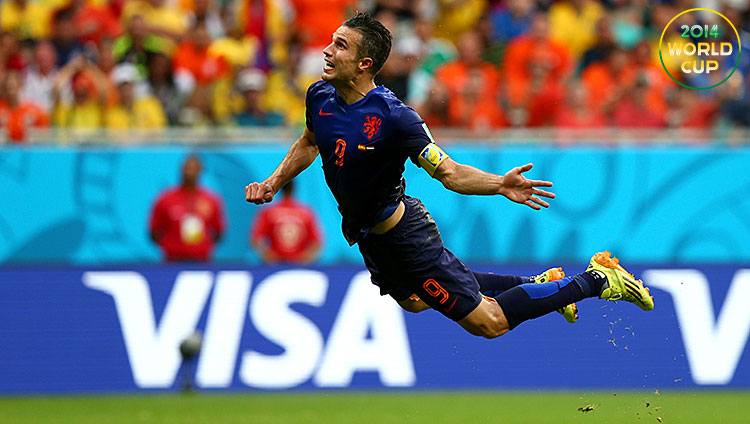 The first weekend of World Cup action is in the books. Here’s a look back at some of the most interesting games, emerging themes, eye-catching moments, and stand-out players.

Are You Up for the Cup? 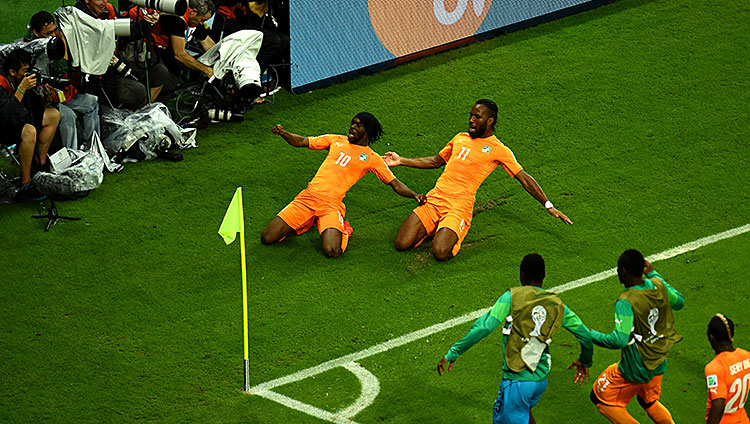 Mike L. Goodman: You guys, the World Cup is awesome. I mean, you already know that. But you don’t know exactly how amazingly unbelievably great it is. Let’s start with draws.

Draws are the reason this sport can supposedly never catch on in America — the anti-competitive, sister-kissing bane of every uninitiated fan’s existence. Well, we’re 11 games in and we haven’t had a single one. That’s … unusual. Four years ago, the first two games ended in a tie, as did four of the first 11 matches. In fact, according to Paul Carr of ESPN Stats & Info (as most of the numbers I’m about to throw at you are), a streak of 11 drawless games to start the tournament hasn’t happened since the second World Cup ever, in 1934.

Now lets talk goals. The goals, all the goals ever. As of Sunday night, we had 37. That’s the most in the opening 11 games since 1958. It includes the header you’ve seen 1,000 times already, the goal that launched van Persie–ing — the latest in the annoying line of planking, Tebow-ing, LeBron-ing memes (only this one comes with a risk of spinal injury):

And all of those goals haven’t simply come in service of the favorites kicking the snot out of underdogs (although France did that to Honduras, after Honduras tried to literally kick the snot out of France). There have been plenty of tasty upsets. Obviously, the big one is the Netherlands either announcing the end of Spain’s dynasty or delivering the loudest wake-up call in the history of the tournament. There was also Costa Rica — an afterthought in a group with Uruguay, England, and Italy — rolling a Luis Suárez–less Uruguay side, 3-1, behind Arsenal-owned Joel Campbell.

If comebacks are more your thing, we’ve got those too — five of them. That’s more than the entire tournament had four years ago (2010 had either three or four, depending on how you want to count Uruguay’s quarterfinal victory over Ghana). In addition to the Netherlands and Costa Rica upsets, Switzerland scored the latest goal ever in the group stages, three minutes into stoppage time, to complete a 2-1 comeback win over Ecuador, and Ivory Coast scored two lightning-quick goals to beat Japan 2-1. That’s in addition to Brazil’s referee-assisted recovery in the opener.

It’s hard to imagine the first 11 games being any better than they were. Heck, goal-line technology even had a successful debut and Lionel Messi scored his first World Cup goal in eight years, and only the second of his career. Goals galore, comebacks aplenty, and enough upsets to keep things interesting. And that’s before the U.S. even takes the pitch. Let’s all enjoy it while it lasts.

Chris Ryan: You score a goal in the opening match of the World Cup. The easy part is over. Now comes the hard part. How do you celebrate in front of your teammates, thousands of fans on hand, and millions of others watching on TV. The worst thing you can be is too cool, but you have to match the celebration to the moment. Game winner? Take your shirt off and turn into 100 doves. Third goal in a 3-0 rout? Maybe just peel off and do a fist-pump. Everything in its right place. Lets go to the power rankings. Shall we?

Credit to Campbell for following through with the bit, but if he had taken it any further he would have had to hire a doula.

That’s the England trainer being stretchered off the field after he slipped on a water bottle and hurt his ankle following Daniel Sturridge’s goal against Italy. Do not try this at home. Or the World Cup, for that matter.

The Two Sides of Andrea Pirlo

Graham Parker: There’s a popular school of thought that sees Andrea Pirlo’s football as a strict and exacting aesthetic pleasure.

In fairness, there’s plenty of evidence for that. The player’s own autobiography, entitled, of course, I Think Therefore I Play, contains a brooding black-and-white close-up portrait of the maestro on the front. And looking at his performance against England in Italy’s opening World Cup match, it was possible to see the record 93 percent pass completion rate he, Daniele de Rossi, and Marco Verratti racked up in the Italian midfield, and assume that we’d witnessed an almost ascetic master class in avoiding waste.

And that would be true. Sort of. England made no specific provision for Pirlo other than to calculate that it was better to let him do his worst from deep rather than waste energy to prevent him from getting the ball. All it meant in the end, though, was that John Bull had a plan for the matador, but not the picadors. After charging around in a lively fashion for 20 minutes, England ended up patiently passed to death by a very efficient Italian team, with Pirlo contentedly tilting the angle of approach a few degrees this way and that, biding his time.

But there’s another side to Pirlo that takes a wry, philosophical pleasure in the absurdities of the game, even as he’s declaring his love for it in the most operatic of terms. It’s the Pirlo of I Think Therefore I Play — a memoir that marries the sacred and profane in one rich layer cake of cheerfully overwrought metaphors and base comedy.

It’s why Pirlo can say this:

“I do have something that burns inside me, an Olympic torch deep within. It’s a violent fire, made of flames and passion and fed by pure pleasure. To put it out, to put me out, they’ll need to douse my soul.”

“When you lose, it’s all about thinking and reflecting. When you win, burping takes priority.”

And it’s that duality that made his dummy (seen above) in the lead-up to Italy’s first goal such rich fun to watch. It was the kind of move that contained Pirlo the elegant aesthete and Pirlo the irreverent imp. Watching him execute that training-ground move, and knowing the voice of the narrator in his book, I’d have loved to hear him describe that goal.

For that we’ll have to wait for the updated autobiography. For now, and to convince you that arts and letters needs Pirlo and Italy to go deep in this, his final tournament, here’s Pirlo on his penalty against France in the 2006 final:

“Caressing the ball was something I had to do. I then lifted my eyes to the heavens and asked for help, because if God exists, there’s no way he’s French. I took a long, intense breath. That breath was mine, but it could have been the manual worker who struggles to make it to the end of the month, the rich businessman who’s a bit of a shit, the teacher, the student, the Italian expats who never left our side during the tournament, the well-to-do Milanese signora, the hooker on the street corner. In that moment, I was all of them.”

Ryan O’Hanlon: Colombia will get knocked out of the World Cup in some horrible, cruel, tragic, divinely sadistic way. It’ll lose to Italy after Victor Ibarbo volleys the ball off the crossbar in the second half of extra time and it caroms 120 yards downfield and bombs into his own goal. Resign yourself to that fact — because fun like this just never lasts.

But for now, please promise to never stop going in, Pablo Armero.

The goal itself encapsulated everything that is so beautiful and doomed about this team. James Rodríguez scooped a ball over the top to Juan Cuadrado, who took on the left back, dipped in and out — that quick Cruyff turn flipped the field on its head — and then cut the ball back to the penalty spot, where Rodríguez, who had made a 40-yard run, dummied it into Armero’s feet, who scuffed the ball into the net with the help of whoever is the patron saint of wedding DJs.

Rodríguez might’ve been the best player on the field against Greece. (Announcers, please stop calling him “J-Rod.”) He touched the ball more than anyone, scored a goal, had what I’m dubbing a spiritual assist, led his team in completed dribbles and passes, and connected on more crosses than anyone on either side. And if wasn’t him, it was Cuadrado, what with two assists, 90 minutes on the elliptical machine, and one Shakespearean collapse in the box when a Jackson Martínez pass missed his run late in the game. But on that goal, as Michael Cox noted in his recap of Day 3, Rodríguez doubled as both a deep playmaker and a no. 10 because he “didn’t expect [the holding midfielders] to find him in dangerous positions with good forward passes.” And if you stretch the narrative a bit more, Armero scoring the goal fits the idea that Colombia’s defense can attack but not, uh, defend.

Three goals to zero: That’s a rout — even though from a quality-of-chances-created standpoint, things were bit closer than they might’ve seemed. And while the World Cup is filled with nonsense truisms about what it takes to win, “relatively wack center midfield” and “defense anchored by a 38-year-old” might be two things that shade closer to reality in terms of “ways you don’t want to be described if you also want to win the World Cup.”

And yet, this only happens once every four years, and there’s no time to worry about the future, possession, or defensive competence. Whether or not you actually know how to dance — as Armero & Co. showed Saturday — all that really matters is that you move your ass once you get out there.