Why Haven’t Athletes Protested at the Sochi Games? 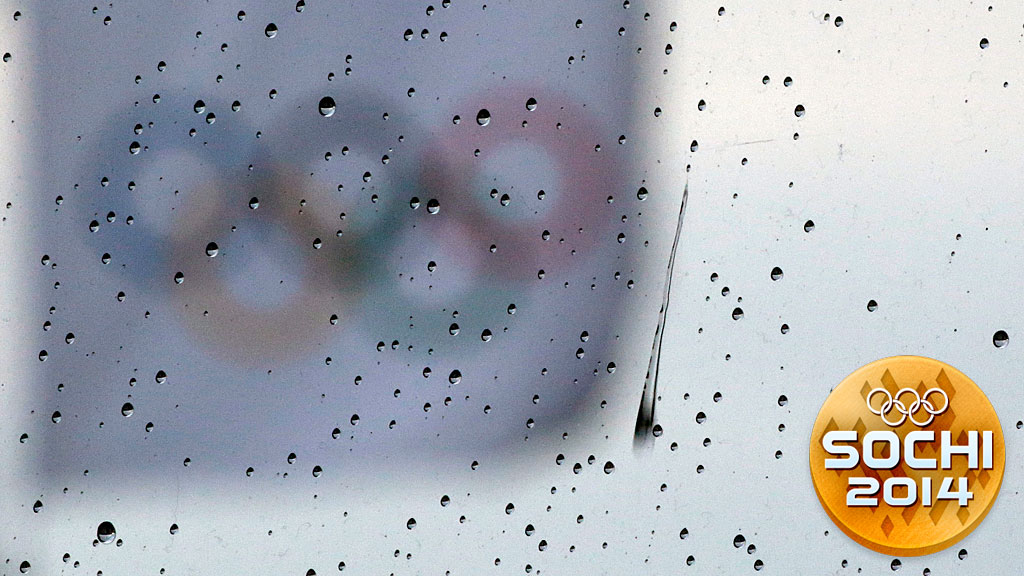 Samantha Retrosi is a former Olympic athlete who competed for the U.S. in women’s luge at the 2006 Winter Games. Her 10-year career in the sport was marked most significantly by her second run during those Olympics, when she violently crashed on the Cesana Pariol track. The following is adapted from a speech on LGBT rights and the 2014 Winter Olympics that Retrosi gave at Amnesty International’s Mid-Atlantic Regional Conference last fall.

Before the Sochi Games, many expected athletes to become engaged politically and challenge Russia’s anti-gay propaganda laws, but there were very real blockades that would prevent that from becoming a reality. To help explain why, I want to give some insight into the part of the Olympic Movement and Olympic dream that no one sees: the day-to-day reality of being an elite athlete — a grueling experience obscured by the media blitz and pretty packaging of the Games. By doing so, I hope to make more clear the opportunities and obstacles athletes face as they aim to use the global media megaphone provided by the Olympics.

The involvement of athletes as activists in the current struggle for LGBT rights in Russia faces limitations on two distinct levels. The first is the political environment in which they are immersed, and the second is the athlete’s very mind-set — shaped by the controls of markets and sponsors, and heavily impacted by that culture.

Let’s start with their political environment. The majority of Olympic athletes are required to compete as amateurs to qualify for team membership. This means they are paid virtually no salary, despite maintaining an intense level of commitment that is required to remain competitive. This is a full-time job, undertaken for free. Yet someone is making vast sums of money through this labor: the corporate sponsors that buy and trade athletes and teams like valuable additions to bursting stock portfolios.

This system is fully privatized for U.S. athletes. Although most national teams receive significant government support, here in the U.S., this structure is entirely dependent upon corporate sponsorship. Consequently, so are the athletes themselves.

So what we have are scores of athlete workers, who labor essentially for free or, at most, a stipend. These athletes become an exploited workforce that produces expansive profit margins for corporate sponsors, which cash in via Olympic event coverage, elaborate marketing devices, branding rights, and the access to and use of athlete images and identities.

This creates an iron-clad corporate control over not only the lives of athletes, but also the economy of the entire Games. The Olympic rings themselves have been copyrighted by the International Olympic Committee, reserved exclusively for use by corporate sponsors. The IOC and each sport’s national governing body have become mere intermediaries between athletes and corporate sponsors, a managerial class, that solidifies this relationship.

The economics of the Olympics impact both the environment in which athletes operate, and the mentalities of competitors who train and perform in these conditions.

From the moment I was selected — as an 11-year-old — for the U.S. National Development Team, the socialization of my allegiance to Verizon, at the time the long-time sponsor of the program, had begun. The culture within the U.S. Luge Association viewed this as not only logical, but as integral to the survival of the organization. Verizon paid the bills and kept their lights on — to the tune of millions of dollars each year.

This brand loyalty would last my entire career. All of my team-issued clothing was plastered with the Verizon logo. I was not allowed near any camera without a visual and verbal statement of thanks to Verizon for making all of my dreams come true. This was funding that the organization had become entirely dependent upon. Consequently, athlete conduct was vital to the maintenance of this relationship — and terms were rigidly set for what athletes could and could not say.

I went through intensive media training each year throughout my teens to reinforce this allegiance — essentially, to learn how to be a better spokesperson for Verizon. During my Olympic year, I signed away my rights to use media time for anything other than gratitude to sponsors. It was a condition for entrance into the Olympic Village.

The sad ending to this story is that in the wake of the 2008 economic collapse, Verizon broke its contract with the U.S. Luge Association, withdrawing all funding inside of one year.

Today, Verizon is no longer supporting USA Luge. Instead, some lugers have joined the U.S. Army World Class Athlete Program. This adds a whole new layer to limitations on their freedom of speech. And the athletes who have chosen to not enlist have had to hold down full-time jobs in addition to full-time training schedules. It should go without saying that all this shapes the minds of athletes as well.

In my opinion, this mental environment poses the most significant barrier to athletes who wish to engage in political protests. An athlete who depends on sponsorship funding is cemented not only to the resources of commercial entities, but also their organizational politics and value systems. These are market values: competition. Individualism. Political Disengagement.

These athletes have also been rendered mere commodities by the sponsors that have purchased their bodies, images, and the products of their labor. This process of athlete commodification is a form of dehumanization. It means turning a human being into a number, evaluating his or her athletic performance in relation to Olympic profit margins. The costs of this process ensure the athlete is not only economically, but mentally subservient to a sponsor.

When it comes to the modern Olympic Movement, it’s clear to me that corporate interests run the show. Consequently, corporations create the narrative for what the Olympics are about: what we see, and what we don’t see. For them, the Games are about cashing in. And that means there is no room for any kind of social action — especially when that action might impinge upon space created exclusively for the expansion of corporate branding. To politicize this space, as athletes may do in Sochi, is the antithesis of the entire show.

It is to be expected that the IOC, the USOC and individual sport national governing bodies will have policies in place to contain athlete politicization and social action at the Games. The likelihood is that Olympic participation will be contingent upon remaining politically disengaged.

Despite these obstacles and limitations, despite the corporate culture endemic to the Games, despite the divide-and-conquer strategy operationalized by palpable undercurrents of patriotism and nationalism infused into the Olympic Movement, I am holding out hope. Hope that solidarity in international community will trump the values that have rendered the Olympics a marketplace. I couldn’t care less who wins a gold medal. I cheer for any and all athletes who use this global stage as a chance to speak truth to power.

Olympic Hockey Grab Bag: Is It Time to Panic Yet?