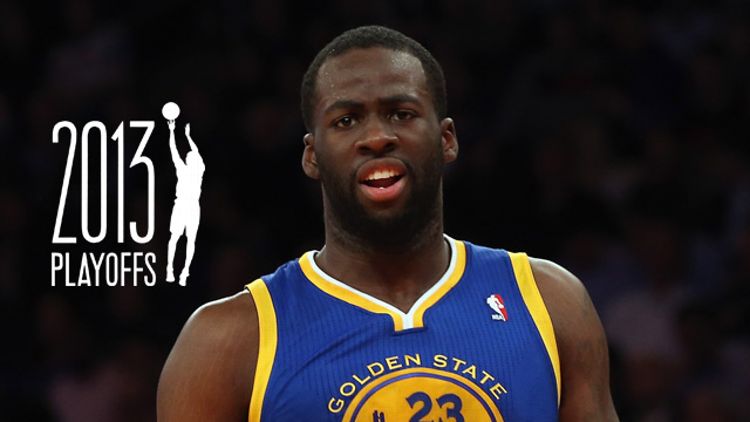 Who Is He? Draymond Green.

Where Is He From? Michigan State.

Nickname: In college, Tom Izzo used to call him “Tragic Johnson,” which was apparently meant with as much love and admiration as could be possible.

His Game in 25 Words or Less: A below-the-rim tweener whose only plus NBA skill is his passing. Relies on positioning and discipline to be an adequate defender.

Best Wikipedia Tidbit: “On March 16, 2012, Green recorded his third career triple double against LIU-Brooklyn in the second round of the 2012 NCAA Tournament and joined Oscar Robertson and Magic Johnson as just the third player in NCAA history to have 2 career triple doubles in the NCAA tournament.”

“Best” in the sense that it’s the most Draymond Green YouTube clip ever. Green was an excellent college player at Michigan State, where he earned Big Ten Player of the Year honors in his final season. A savvy offensive player who was an excellent passer for a college big man, much of Green’s scoring came from his ability to squirm around other players to the rim. It’s actually pretty impressive — this is 3 minutes, 31 seconds of entry passes, post moves, and flat-footed blocked shots, and this guy was one of the best college players in the country.

In this video, which is entitled “Draymond Green-Athleticism” and has been viewed 440 times, Green gets above the rim exactly zero times.

Ok so when does a new Scandal come on?

Most of what I can gather from Green’s Twitter feed is that he’s really into Scandal and not so into TV Guide listings.

Why isn’t Draymond Green in Europe yet?

So Warriors fans weren’t all that into Green’s defensive showing against Andre Miller at the end of Game 1, and after sifting through all the responses laced with profanity, this is probably my favorite.

Is he Saber-Friendly? Umm … no. Green’s True Shooting percentage this season is 40.4. For those of you unfamiliar with True Shooting, just know that’s really, really bad. It probably doesn’t help that he’s finishing less than 46 percent of his shots at the rim — a product of being (barely) 6-foot-7 and lacking anything close to NBA athleticism. Combined with his notable lack of lift or burst, Green’s poor jump shooting makes him a massive liability on offense. His 100.1 defensive rating is a slight upgrade over the now-injured David Lee’s, but Lee’s edge as a defensive rebounder makes it such that whatever Green can provide on defense doesn’t come close to making up for what Golden State loses on offense.

Should We Know Him? Yes, but only because without Lee, we’ll be seeing a lot more of him. Lee played at an All-Star level this year, but his value to Golden State is even easier to understand when you consider what his absence sets in motion. Carl Landry will likely get the bulk of Lee’s minutes, but Green will be playing the sort of role in this series he wouldn’t have otherwise. That he probably isn’t ready for it is no fault of his own. Expecting key playoff contributions from a second-round pick isn’t a typical practice for good teams, and although his game is far from where it needs to be on the offensive end, these next three (or four, but probably three) games should be some pretty valuable experience.