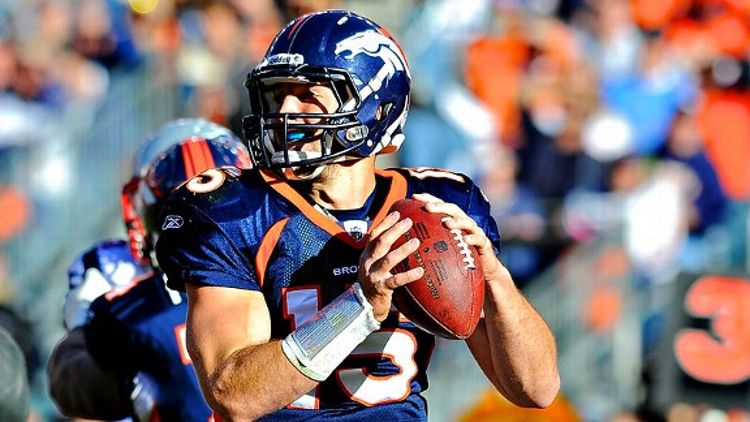 For a significant portion of my life, there were superstar athletes and then there was everyone else.

Early on, my idolization of these individuals came from a very real desire to mimic their every move. The fade away, serve-and-volley, pendulum swing, tongue wag, adjustment of the shirt pre-service return, backwards hat, I wanted it all. As time went on, as my diminishing talents made it clear that I couldn’t truly replicate their skills, my respect for their accomplishments only grew. This process occurred with individuals across a variety of professions, with the one constant being each person was considerably older.

Up until that point in my life, if you were playing sports on TV, I was probably obsessed with you. Also up until that point, I was raised to believe I could be as good as anyone my age, regardless of the field. This inspiring but sometimes delusional take on the world came to a screeching halt the evening LeBron James, two grades my senior, played high school basketball on ESPN. I didn’t know how to feel, but I knew one thing: I wasn’t idolizing a 17-year-old athlete. No way, no how.

After confronting my “how dare you be so much more successful when we’re like twentysomething months apart I hate you so much” complex head on, I convinced myself that I was fine with it, solely because he was a few years older than me. Little did I know at the time, LeBron was just the beginning of my problems.

James was 28 months older. Then came Chris Paul, 22 months older. And then Dwight Howard, 16 months older. Next up, Rajon Rondo, 13 months older. Once I internalized how close in age Rajon and I were, my mild case of melancholy went into full bloom. The age gap was closing ever so quickly and I was running out of time to catch up. And it wasn’t just basketball, this seemed to be happening everywhere I looked.

There was a day, post-Rondo, where I was in a sporting goods store and the two jerseys that were catching my eye were a “Jason Heyward” Braves jersey and a “Derrick Rose” Bulls jersey. Just because I was curious, I did a quick Wikipedia search of both guys on my phone. Horrible idea. Both infants men, considerably younger. I stormed out of the store and hate-ate a Cinnabon in the mall food court, just ’cause.

I’m not proud of this complex I have. I should admire any superstar athlete excelling in their field, regardless of their age. I should, but I don’t. Sure there’s some “hater” in me that will never go away, but more than anything I miss that feeling of seeing an athlete and striving to be just like them. I thought I was a lost cause to cynicism until a few Sundays ago when I realized there was still one athlete left for me to admire.

On the surface, based on all the semi-embarrassing character flaws I’ve outlined about myself, I should despise Tim Tebow. He’s five months my junior and a quarterback in the National Football League. When he came into the league, I didn’t want him to get much play, because I’ve always liked watching great players make great plays. After watching almost every snap he’s taken in his 7-2 career as a starter, however, I’ve realized there is nothing more exhilarating than watching “eh” players make “ooohhhhhhhh” plays.

I am fascinated by Tim, because he very much represents the ambitious, slightly above average worker. By this, I mean if the NFL were a big-box franchise, Tebow would, skill-wise, be an entry-level worker with an irrational belief that he could be a mid-level manager in six months, regional director in two years, and CEO by the end of the decade. You have to admire that about him. He lacks the technical skill set to fast track to the top, but has the “soft skills” the liberal arts graduate in me appreciates and relies on every single day.

He’s nothing like the athletes I grew up idolizing. Mechanically, the Jordans and the Samprases and the Griffeys of the world are the prototypes for their craft. That isn’t normal. They’re freaks. While I grew up attempting to mirror their games, the mechanics of my jump shot were more Shawn Marion than Jordan, one-handed backhand more Gustavo Kuerten than Sampras, and swing more Jeff Bagwell than Ken Griffey, Jr. Tebow, on the other hand, has very few enviable “football” gifts. No one is looking at a Tebow down field pass and rewinding it to study his throw. If anything, the tape is being rewound to marvel at how such a loose spiral was caught for a 35-yard gain. It’s not pretty, but it works and for that, I again admire him.

These past few months of watching him play have made me realize I want to relate to professional athletes, not simply be in awe of them. Because of that, when I turn on the television and have the choice between the guy who everyone thought would be great and the guy who wasn’t supposed to make it, is mocked for his beliefs, and wins, despite his GED quarterback mechanics, I’m picking the latter. Every time.

At some point in my life, I envision a scenario in which I walk into a boardroom with a group of businessmen and no one can figure out who I am or how I got there. Then, when the opportunity presents itself, I’ll make a statement and it will be so profound, everyone is forced to respect me, no matter how small my Windsor knot is, how awkward my erratic gesticulations are, and how ashy my ankles are. They’ll be forced to listen to the genius that I’m spewing and until I repeatedly slip up, they’ll just have to sit back and take it in.

When this happens, I will officially have had my Tebow moment. Tim, thank you for being the Jackie Robinson of unexplainable success and the technically flawed Wonderkind that somehow finds a way to get it done. As evidenced by last week, you won’t always win, but no matter how the cards fall, just know you’ve got a ton of average people cheering you on.