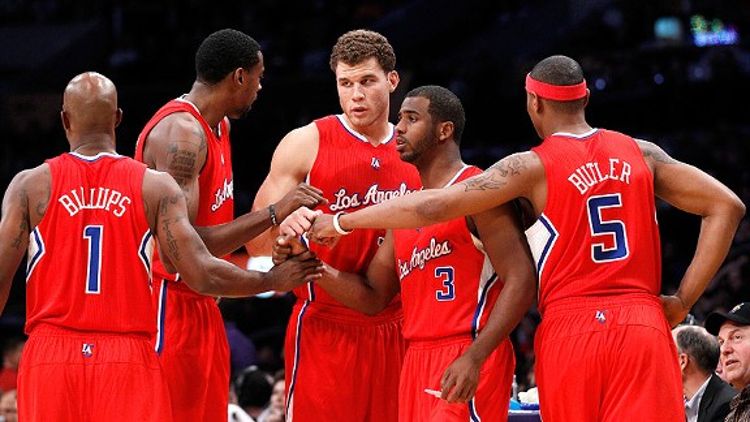 The thing that separates fantasy teams from real teams (aside from a goofy name, smaller price tag, and come to think of it, pretty much everything else) is that the players you draft don’t have to get along. They only have to co-exist on a website, and in your stat-crazed beautiful mind.

In Fantasyland, Hanley Ramirez won’t demand a trade for having to make room for Jose Reyes, and Lamar Odom and Kris Humphries can play in the same frontcourt without any capital K awkwardness lingering between them.

Which is to say, drafting a fantasy team is simple. You just take the best players available at the positions you need, and then hope for the best.

Chances are, if you’ve tried fantasy basketball and haven’t been won over by its charm, it’s because you were part of a traditional league that — like fantasy baseball — keeps track of statistics in a number of categories. It’s what those chicken-loving nerds once labeled Rotisserie scoring.

The difference is that in fantasy baseball, as opposed to basketball, the stats that matter are the stats you’re familiar with.

Average. Homers. Steals. RBI. ERA. Wins. Saves. No matter how big a rube Keith Law thinks you are for paying attention to these things, they’re the stats you’ve grown up with, the ones that show up on TV and in the newspaper, on the Internet, and most importantly, they’re what you need to know in order to win your fantasy baseball league.

Basketball doesn’t work this way. Our statistical knowledge lies not in totals, but in per-game averages. And we know them in just three categories — points, rebounds and assists. Blocks, steals and 3-pointers we dig for being awesome, but they’re nothing the casual fan bothers to track. For instance, if you knew that Andrew Bogut led the league in blocks-per-game last year, you’re either the world’s biggest Bucks fan or Andrew Bogut’s mom.

Which brings us back to that whole take-the-best-player-available-for-your-fantasy-team thing. In real basketball, Dwight Howard is a physical and statistical monster. It’s why he calls himself Superman instead of, say, Aquaman.

But in a Rotisserie fantasy basketball league, owning Dwight Howard is a pain in the ass because he sucks at shooting free throws. Free throws! What’s the point of being in a fantasy league if it’s hard to justify taking one of the game’s best players because he’s bad at something so un-fantastic?

Meanwhile, taking Howard and not pairing him with OCD shooters like Ray Allen and Steph Curry leaves you completely screwed in one of only eight or nine categories. That’s a pretty big disadvantage for merely drafting a superstar.

Yes, I’m aware that a Dwight Howard who hinders your team’s performance due to poor free throw shooting is a more authentic way to experience Dwight Howard. But fantasy sports are inherently inauthentic. It’s why you’ve never owned a Huard.

This is never an issue in fantasy football, where yards, touchdowns, catches and field goals are pretty much interchangeable. It’s all about the points. You just grab the guys you like and then hope for the best. Assuming your definition of “best” is waiting until each one of your players suffers a debilitating injury and you end up losing to the guy who got stuck with Cam Newton, Marshawn Lynch and Steve Smith because his Internet kept crapping out during the draft.

However frustrating this may be, ease-of-use is what makes fantasy football the unstoppably popular force that it is. I guarantee that if fantasy football was a game that forced you to differentiate between slot guys and deep threats, and kept track of tackles, return yards and punts, your mom wouldn’t be continuously asking you for lineup advice.

Yet somehow fantasy basketball took off in the Baseball/stats mold, as opposed to the Football/points mold. This makes little sense, since a points-based fantasy basketball league is not only easier to navigate, it’s infinitely more fun than a Rotisserie league.

Consider it this way: points-based fantasy basketball is everything you love about fantasy football, only with dunks! And games every night of the week.

The way the scoring works — or, the way I find it to be most enjoyable — is to make points, rebounds and assists worth one fantasy point, steals and blocks worth two, and turnovers negative one.

Looking at this from a fantasy-points-per-game standpoint, last season only two guys, aforementioned free throw albatross Dwight Howard (42.3) and, not shockingly, LeBron James (42.0) averaged over 40 fantasy points per game. 26 additional players averaged over 30. That’s 28 elite fantasy guys in a sport that features 24 All-Stars each year. Which sounds about right.

The big difference is that guys with a key weakness (like Howard), or those who simply score and rebound really well, like Blake Griffin and Zach Randolph, are more valuable than they are in Rotisserie leagues, where do-a-little-bit-of-everything multi-taskers like Curry and Manu Ginobili reign supreme.

Nothing against Wright, but you can see why the same sports fans who love fantasy football and/or fantasy baseball would be turned off by fantasy basketball when Wright and a 35-year-old Andre Miller (48th overall last year) are more valuable than Griffin.

And since we’re all about maximizing our fun here, it’s worth mentioning that a points-based fantasy basketball league, like fantasy football, features head-to-head matchups every week. So now you can continue to be hyper-competitive and trash-talky with your friends all the way through April.

One final touch to make your points-based fantasy basketball experience as enjoyable as possible, especially during this upcoming season full of schedule fustercluckery, is to average your players per-game scoring every week, instead of having a cumulative total.

For instance, if you’ve got LeBron and the Heat only have two games that week, and your opponent has Durant during a five-game week for the Thunder, you don’t end up losing just because your opponent’s best player had more games. It’s a simple tweak that levels the playing field, and keeps you from having to choose between starting a great player with a couple of games and a lesser one with a packed schedule.

And that’s pretty much it. To recap: Points over Rotisserie. Head-to-head over cumulative. Weekly per-game averages over adding up the stats. Superman over Mighty Mouse.

After all, the whole point of playing fantasy sports is to attach yourself to exciting players you wouldn’t ordinarily have an attachment to.

Andre Miller? He’s fine and all. But nobody fantasizes about averaging 12 points and seven assists a game. They fantasize about this.