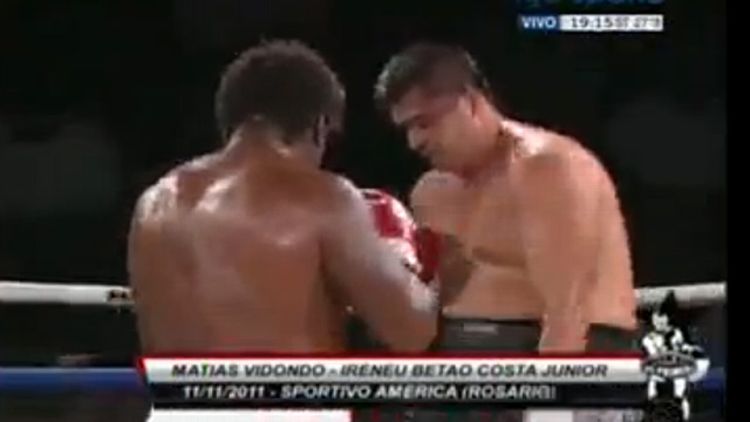 At its best, boxing is beautiful to watch. Graceful and savage at the same time, it can force fighters to reach back and discover reserves of strength and desire that seem beyond human. If we’re lucky, we might see some of that Saturday night, when Floyd Mayweather faces Canelo Alvarez in the biggest boxing event since Mayweather’s fight against Oscar De La Hoya in 2007.

What we hope not to see is this — or anything similar to it:

At its worst, boxing is two lumpy heavyweights collapsing on top of each other out of sheer exhaustion, then taking half a minute to get off the canvas and collapse a few more times. The boxing website Queensberry Rules shared this 2011 video of Argentine heavyweights Matias Vidondo and Irineu Costa Jr. last week, and, well, if you end up finding yourself wondering if the $75 HDTV price tag of Mayweather-Alvarez on pay-per-view was worth it, just feel thankful that they didn’t pull a Vidondo.

But you know, even at its worst, boxing can still deliver some good belly laughs. Vidondo, the fighter who can’t remain upright in the video, has a professional record of 16-1-1. That is his only loss. Sixteen other men tried to defeat his face-first-on-the-ring-floor style, and those 16 men failed. Vidondo won his most recent fight by disqualification, when he fell in the middle of the ring and his exasperated opponent punched him while he was down. He even has a nickname and a song on his Facebook fan page: Bravo, “El Matador”!