What the Return of the NFL Refs Really Means 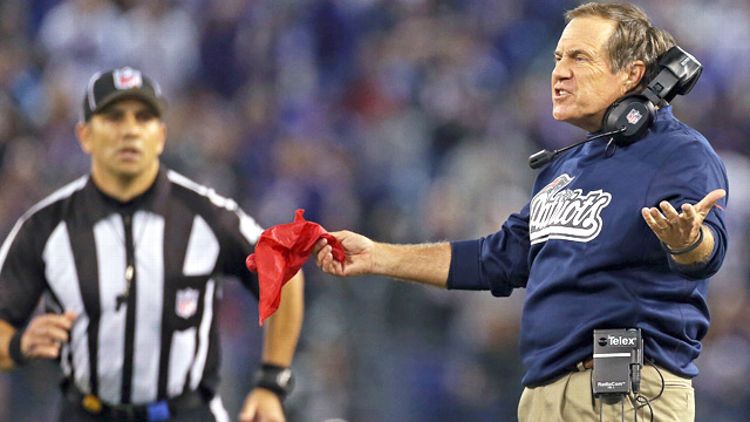 Dang. Just as we got in all the release forms and started printing out our new REAL REFEREE MID-’60S BEAT magazines with Mike Carey and Ed Hochuli as the first centerfolds, the NFL finally capitulated and came to terms with the league’s professional referees on a deal that will have them back in the fold starting tonight in Baltimore. Our (three-week) long national nightmare is finally over. Phew.

Of course, it’s probably safe to say that we can expect some obvious changes from these more experienced referees. Timeouts will be limited to about three per half per team. Rote enforcement of basic rules will not require lengthy conferences. And, yes, chances are a bad call will not directly change the outcome of a game for at least a week or two. We are blessed to live in this exciting old world yet again.

What about the more nuts-and-bolts stuff, though? How will the return of the old referees materially change the mechanics of the average football game? To answer that, you need to know what sorts of penalties and calls were being made on a per-game basis by the replacement refs while being able to compare that to the work done by the professionals over the past several seasons. With the help of the penalty data available at pro-football-reference.com, that’s exactly what we’ve done for you.

Games are also likely to feature, on the whole, fewer penalties. The average NFL game this season has featured 13.7 penalties, a 12.4 percent rise on the 2008-11 average of 11.9. Part of that difference owes to the fact that teams are running more plays than ever before. The average game so far this season has featured 126.6 plays, continuing a steady rise up from 123.8 plays per game in 2008. More plays mean more opportunities for penalties, but even after accounting for those additional chances for yellow beanbags, the penalty rate’s still likely to drop with the old refs.

Which penalties are likely to pop up less frequently? Well, there are a few obvious infractions that have been the subject of scrutiny. They include:

And if you’re looking for a penalty that the experienced referees might call a little more frequently? Make sure to pick up the illegal shift in your referee fantasy league, because it’s gone essentially unchecked in the league so far this season. Illegal shift calls are down 73.7 percent over last year, and while it seems like the Broncos have a half-dozen of them each game, illegal formation is down just under 34 percent.

All of these changes seem to point to less scoring, particularly the likely impending declines in DPI rates and the increase in illegal formation/shift calls. That might only mean a point or so per game, but that point’s very valuable if you happen to live in a town where gambling is legal.

Of course, these macro league-wide effects are almost impossible to track with the human eye over the course of a single game. The 7 percent increase in false starts, the league’s most frequently called penalty, only resulted in one additional false start every six contests or so. We’ll check back later in the season to see if these experienced “new” referees resemble themselves from 2008-11 or their replacements from these first three weeks.

How Manchester United's Ryan Tunnicliffe Made His Father £10,000

Rays Show the World the Right Way to Haze People