Week 11 NFL Viewing Guide: This Is What We’ve Waited For 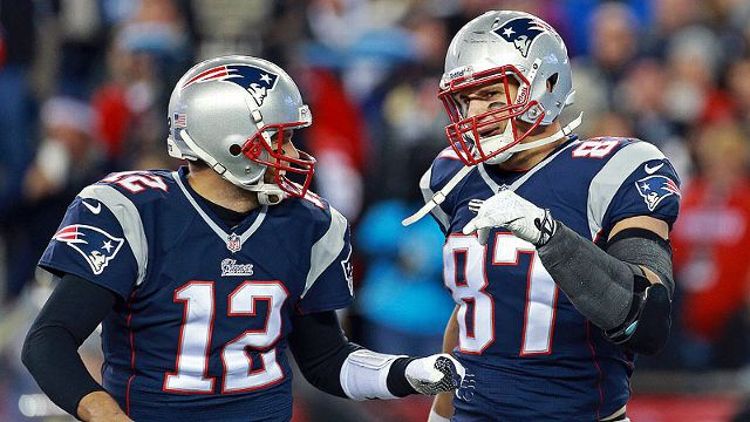 This is our reward. For everyone who kept the faith through weeks of Titans-Rams and Ravens-Browns, the days of meaningful, excellent football are finally here. Along with the underappreciated marquee game of the week, we have a pair of hugely important, season-defining matchups to boot. Carolina–New England, San Francisco–New Orleans, and Kansas City–Denver would probably have been the best game from any of the past four weeks. Some might say it’s too much all at once. I disagree. To get you fully prepared, we decided to break down the (possibly) deciding matchup from the weekend’s three best games. Enjoy, everybody. We deserve this.

Tight End vs. Linebacker(s) Matchup of the Week

This isn’t a standard category in our weekly viewing guide, but this game — and this matchup — warrants its addition.

Carolina’s defensive excellence (no. 1 in DVOA after last week’s stifling of the 49ers) is largely dependent on its front four. The Panthers’ bookend pass rush is one of the best in the league, and their pair of rookie defensive tackles has made a major difference in how well Carolina has defended the run. (When both Kawann Short and Star Lotulelei are on the field, the Panthers are giving up an average of 2.8 yards per carry. With both of them off, that number jumps to 4.7.) But Carolina’s linebacking corps has also played a major part in how it has been able to scheme defensively.

A.J. Klein made his first career start at outside linebacker last week, but that was more a product of the Niners’ run-first offense than an indication of what the Panthers typically want to do. For most of this season, they’ve played a majority of their snaps with two linebackers on the field — Luke Kuechly and Thomas Davis. You probably know Kuechly. The Defensive Player of the Year from a season ago is having another excellent year, and he’s going to be a star in the league for a very long time. It’s the lesser known of the two linebackers, though, who may have the most significant impact on the Panthers’ ability to shut down Rob Gronkowski, who in the Pats’ most recent game reestablished himself as New England’s primary offensive weapon.

It’s been a shaky year overall for Tom Brady — who ranks 21st in passing DVOA, one spot behind Andy Dalton — but Brady’s lack of receiving options has had something to do with that. I’m convinced Danny Amendola had the Wolverine skeletal procedure — with the adamantium replaced by glass — and Gronkowski has only been back for the past three games. Amendola looked (marginally) healthy while pulling in four passes for 122 yards against the Steelers, but the real bright spot for New England, the one that has an actual chance of turning around their offensive woes, is the renewed chemistry between Brady and Gronkowski.

Playing Pittsburgh and their 25th-ranked pass defense helped, but Week 9 looked like a return to form for the best quarterback–tight end duo outside of New Orleans. Brady was 9-of-10 and averaged 14.3 yards per attempt on throws to Gronkowski after going just 10-of-22 (6.4 yards per attempt) in Gronk’s first two games back. Brady isn’t likely to complete 70 percent of his passes and average 430 yards a game for the rest of the year, but it isn’t a stretch to believe that a healthy, locked-in Brady-Gronkowski tandem could turn the Patriots’ offense from mediocre to good. No player has caught more touchdown passes from Brady than Gronkowski, who has 39 in 46 games. Every piece of the Patriots’ offense, including the running game, is different with Gronkowski on the field.

That brings us back to Davis. Carolina has the third-best pass defense in the NFL by DVOA, and has done it with a collection of castoffs and no-names in the secondary. Part of that success is the pass rush, but another part is a player like Davis, who excels in an area of the game often overlooked for linebackers. Originally drafted as a safety coming out of Georgia, Davis remains one of the best coverage linebackers in the entire league. He can cover the flat, run step-for-step up the seam with tight ends, and is generally able to add an element to his team’s pass coverage that might be lacking with more rigid linebackers. The Panthers play a lot of zone, so Davis won’t be tasked with stopping Gronkowski on his own, but his ability to take away pieces of the Patriots’ ball-control passing game will go a long way toward Carolina winning a game no one expected them to eight weeks ago.

I’ll admit that this idea is semi-stolen from Bill Barnwell, who mentioned it on today’s Grantland NFL Podcast and in his column from today, but it’s important! If we wanted to break down the most crucial line battle from the week’s biggest game, it would probably be Broncos replacement tackle Chris Clark against Chiefs pass-rushing superstar Tamba Hali. Hali’s counterpart Justin Houston jumped out to the big lead in the NFL sack race early, but Hali has gone step-for-step with him this year as a pass rusher. He’s been a terror in just about every game Kansas City has played, with or without actually tallying a sack. Clark, filling in for injured All-Pro Ryan Clady, was steady in his first couple starts, but he has fallen off a bit as of late.

Peyton Manning goes a long way in hiding the woes of his offensive line. Manning (and Drew Brees, and Matthew Stafford) can make subpar offensive linemen look something close to respectable with how quickly he gets rid of the ball and how he moves around the pocket. The problem is that second skill isn’t nearly as valuable with Manning hobbled, which he currently is. With the pressure Kansas City is likely to create from the outside, a clean pocket for Manning to step into is more important than it’s been all year. Enter Manny Ramirez.

Ramirez was the Broncos’ third option at center coming into the season, but he has played well. He’ll need to on Sunday, because the man trying to bring havoc to the middle of the pocket is having a great season of his own. Dontari Poe has been one of the most improved players in the league from his first year to his second, and while his talents as a run defender aren’t surprising, his 4.5 sacks are. Poe has played 94 percent of the Chiefs’ plays this season, a truly incredible figure for someone listed at 346 pounds. Few men that big get that much time partly because they don’t offer enough as pass rushers to earn snaps in nickel, but Poe has proven more than capable this year. Ramirez has his hands full.

We’ll be watching these two mostly to see if (Davis) or how much (Smith) they play.

Davis left the game last week against Carolina with a concussion, but as of yesterday, it looks like he is going to be cleared for Sunday. That’s huge news for the 49ers. San Francisco’s month-long winning streak before falling to the Panthers was possible because of how the 49ers ran the ball, but against the Saints in New Orleans, they’re going to need points in bunches. That means the passing game has to be better than it’s been of late, and I’d argue that no player is more important to the 49ers’ success in that area than Davis.

With Davis on the field this year, Kaepernick’s QBR has been 81.7, and he has completed 61.1 percent of his passes. When Davis is off, those numbers drop to 13.1 and 43.1. For his career, Kaepernick’s completion percentage is a whole 15 percentage points less without Davis on the field (62.4 to 41.7). (Thanks to ESPN.com’s Bill Williamson for digging up these ridiculous numbers.) That is staggering. We wouldn’t normally put Davis in a conversation with Calvin Johnson or Julio Jones in how he affects his team’s passing offense, but it’s hard to ignore those numbers. Even when he isn’t getting the ball, teams have to account for him on every play.

Smith played just 12 snaps last week against Carolina in his first game back after checking into rehab earlier this season, but Vic Fangio said earlier this week that Smith’s “workload will be increased” against the Saints. Dan Skuta filled in admirably during Smith’s absence, but the 49ers’ defense is predicated on the ability for Smith to generate pressure, allowing their excellent pair of inside linebackers to settle into coverage duties rather than rush the passer. That’s especially important this week, when the 49ers will have to deal with Jimmy Graham, a problem even when he’s less than 100 percent.

If you need any more proof of just how magical a ride this has been for Kansas City, Marcus Cooper is it. A seventh-round pick by the 49ers out of Rutgers this spring, Cooper was cut by San Francisco this fall before landing in Kansas City. All he’s done since is take over as the Chiefs’ third corner after making a string of standout plays and turning into possibly the best cornerback Kansas City has on its roster. Cooper is technically a backup, but with the amount of nickel the Chiefs play (and how much they’ll certainly be playing on Sunday), he’s a starter. At 6-foot-2, 195, Cooper is the exact type of big, physical cornerback Kansas City needs in its man-based defense. If the Colts taught us anything, it’s that the way to slow down Denver is by pushing their receivers around. Cooper is happy to.

About Last Weekend: Down Go the Chiefs