We Went There: Taking the Temperature of the Mavs After a Big Win Over OKC 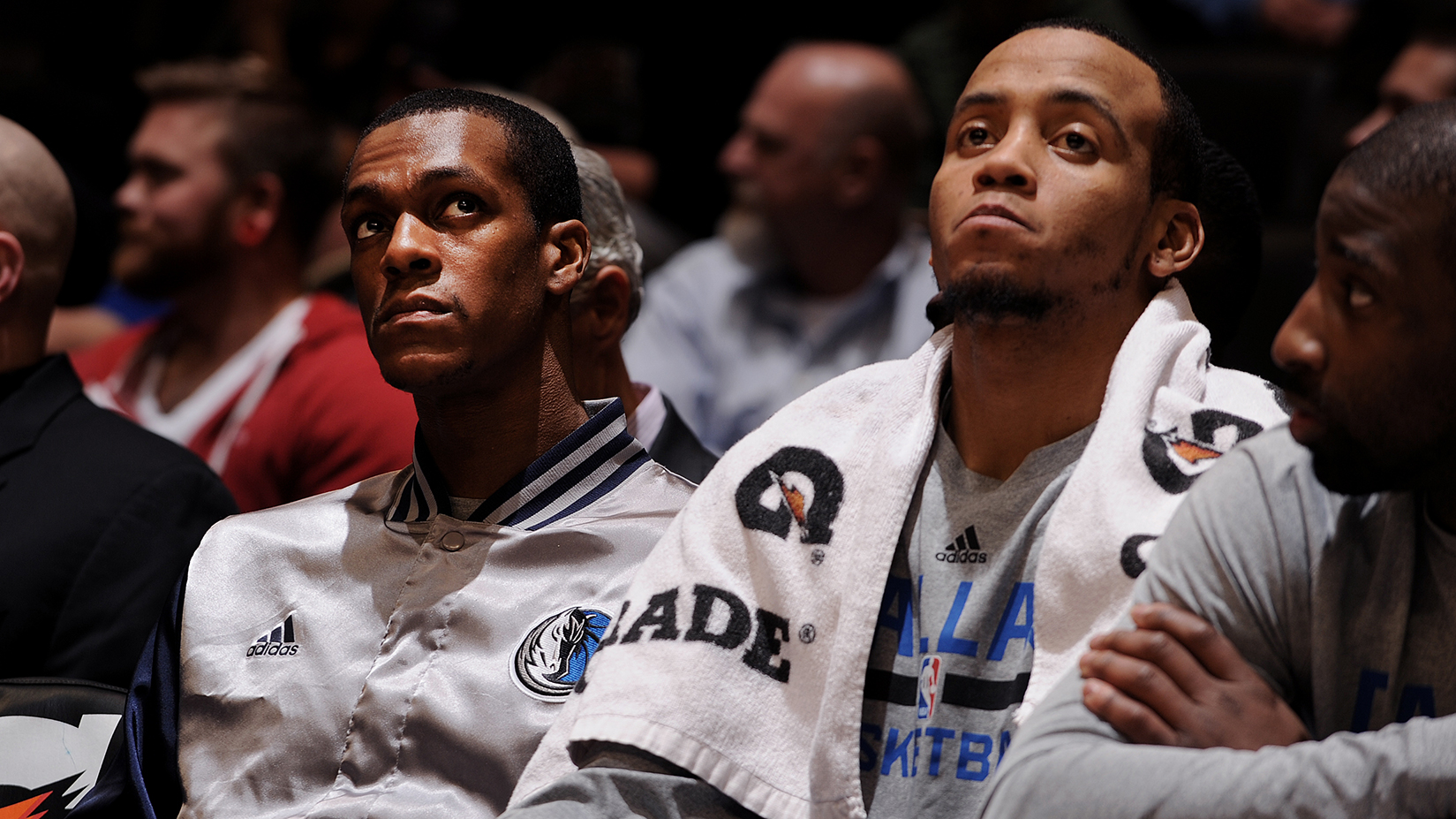 We were in the middle of a pretty typical media/player discussion about how the Mavs were taking it “game by game.” Even though his team won, I wasn’t sure what kind of mood Rajon Rondo would be in. He was very pleasant, but his answers were fairly scripted as he spoke to me while getting dressed. I nodded along as he talked about the importance of communication as the team continues to gel. Ho-hum.

Then the following exchange happened:

Me: “I’ve heard about chemistry issues, this and that, but I’ve also heard you and Monta get along really well off the court—”

Rondo [interrupting]: “That’s like my brother. [Pauses for a second.] We’re very supportive of each other. We have a lot of similarities. When you kinda … have the same background, it’s just easy to relate. That’s how our relationship grew.”

The friendship between Rondo and Monta is a real thing. Has anything ever made so much sense while simultaneously making no sense at all? On the floor, these two are polar opposites. One shoots at will, while the other regularly looks off wide-open jumpers. They don’t even fit particularly well on the court, physically. Rondo’s spacing (or lack thereof) seems to be a real problem for Ellis. But when you start to think about how they both play with an edge and can both be pretty stubborn, and sometimes even un-coachable, the friendship seems like a no-brainer.

As for the rest of the team, Rondo says the Mavs have a “great group of guys who like to talk and joke around a lot.”

You would not expect the Mavs to be a particularly comic bunch right now. According to pretty much everyone on the Mavs beat, especially ESPN.com’s Tim MacMahon, they have some serious chemistry problems. Rick Carlisle is basically a contestant on Chopped, tasked with creating a masterpiece out of insane ingredients in a very short amount of time. Within the last month, we’ve seen negative headlines regarding Rondo’s suspension and Ellis’s moodiness. Not only has Carlisle called out his team publicly, but so has Amar’e Stoudemire, who has been a Maverick for about 10 minutes. It’s not the best timing for all this stuff to be spilling over, with the playoffs a month away.

And yet, Rondo was right. The Mavs did seem to be joking around quite a bit. Before the game, there were lots of laughs between Rondo, Dirk Nowitzki, and Charlie Villanueva. And we got to see Nowitzki singing along to “Black Betty” when it played in the arena.

There was a game yesterday — a game in which Nowitzki scored his 28,000th point, three Thunder players scored 30-plus points, and each team had 101 points after three quarters. Go ahead and pour one out for defense, because it died last night in Oklahoma City.

Rondo was especially vocal last night. The Mavs fan in the row below me called him a “cheer captain.” After most possessions, Rondo had something to say to someone. Even on the bench, he was standing, giving directions to guys on the floor.

Watch Rondo here. He’s the only person standing on the Mavs bench. Al-Farouq Aminu sets up at the corner 3 spot, and Rondo gets right behind him and starts talking.

After the game, the mood was understandably good. In one corner of the locker room, Carlisle, Chandler Parsons, Tyson Chandler, and J.J. Barea were giggling about something. In another corner, I heard Rondo saying to himself, “One down. Tough week. One down.”

It was definitely strange.

In the end, the Mavericks are still very tough to read. One second they’re falling apart, the next they’re humming. Same goes for the locker room. Ellis ducked out on the media, but Barea waited at the door for Stoudemire and Chandler to go to the team bus.

The most encouraging takeaway has to be the Rondo-Monta friendship. If these two can click, why can’t Dallas?

Predicting (and Breaking Down) the NHL’s First Playoff Round