We Went There: Giants-Cardinals Game 2 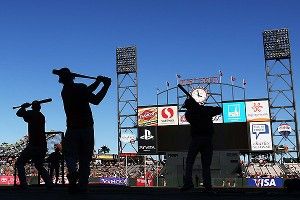