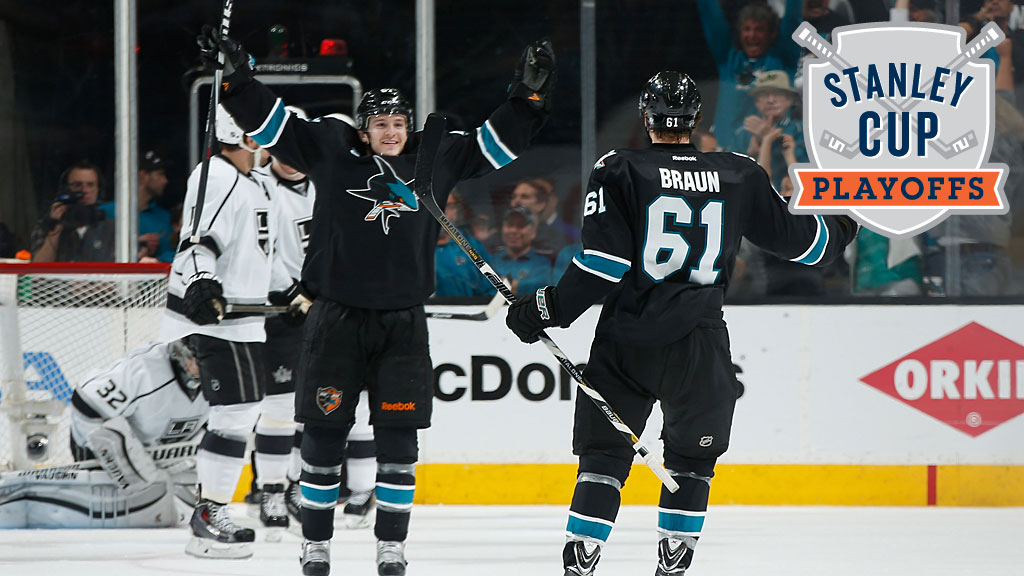 Joe Louis Arena has its long history, TD Garden has its swagger, and the Bell Centre has that certain je ne sais quoi. But if I were compiling a list of favorite places to go to watch a hockey game, the Shark Tank in San Jose would be very close to the top. (Notice I call it the Shark Tank, and not the “SAP Center” — I’m still bitter that the place is no longer named after a personal computer introduced in 1995, which was just so perfectly Silicon Valley.)

The sport of hockey has long embraced the absurd — from the gap-toothed smiles to the playoff beards to the logic around letting players punch each other in the face — and few arenas gather all that kooky energy together better than the one in San Jose. Before you even enter the Shark Tank, you can sense it; there are few things funnier than watching a group of middle-aged men clad fully in aggressive shades of teal — a Hertl, a Ricci, and an Ozolinsh! — hopping off the commuter train and striding purposefully toward the arena like they’re about to pitch a VC firm. Actually, I lied: What’s funnier is watching them, later in the game, do “the chomp” with their arms while ominous Jaws music plays and an opposing player gets sent to the penalty box. Also, I forgot to mention that the players skate out of a giant shark head, complete with lit-up red eyes, at the start of every game. What’s not to love?

Of course, it helps that the on-ice product has been one of the NHL’s best over the past decade. The Sharks haven’t missed the playoffs since 2003, which gives them the NHL’s second-longest active postseason streak, after Detroit. The current iteration of the team is so stacked with talent, from Joe Thornton to Logan Couture to Tomas “this is dream” Hertl, that it makes sense to play Joe Pavelski — an Olympian who put up a 79-point season this year — as a third-line center. But the Sharks’ consistency has a maddening catch: They’ve still, after all these years, never made it to the Stanley Cup final. Their first-round opponent this year, meanwhile, handily won the trophy just two seasons ago. 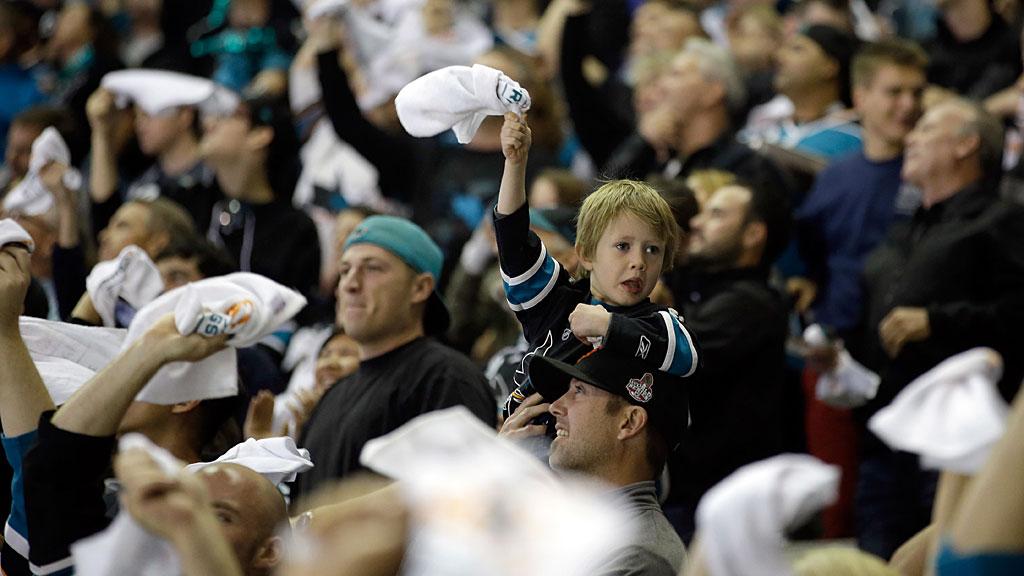 When it began to look as if the Sharks would meet the Los Angeles Kings in the first round of the NHL’s revamped playoffs, it felt like a shame; the matchup seemed better suited for a Western Conference final, or at the very least for the second round. The Sharks and Kings were two of the league’s best teams this season, and it wasn’t fair that one of them would go home so early. The silver lining: It sure would be a hell of a series. San Jose and L.A. met in the second round of the playoffs last season, and five of the seven games were decided by one goal. The most lopsided contest was a 3-0 Kings win in Game 5. In seven games, the Sharks scored 10 goals on L.A.

Things this year have been … just an eensy bit different. In Game 1, Kings goalie Jonathan Quick was pulled after giving up five goals in a 6-3 Sharks win that few people thought would play out quite like that. It was the first time anyone scored six on the Kings all season. In Game 2, the Sharks would go on to net seven. (Darryl Sutter left Quick in for the entirety of Game 2, though the goaltender avoided going full Patrick Roy.)

Glancing at Twitter this morning, you can figure out exactly what time the East Coast hockey fans went to bed: For many it was during the late game’s first intermission, with the Kings up 2-0 after goals by Jake Muzzin and Trevor Lewis. Little did they know they’d wake up to a final score of 7-2 Sharks, and if you asked anyone to name San Jose’s first three scorers they’d be hard-pressed to come up with Mike Brown (whose career high in seven NHL seasons is eight points); Raffi Torres (the oft-suspended fourth-liner who just returned from a season lost to injury); and Justin Braun (whose “hey, why not?” snap shot from the point got past a screened Quick for the eventual game winner).

“Could I have envisioned it?” Sharks coach Todd McLellan said after the game, repeating a reporter’s question. “No, I would be lying.” He added that after Game 1, he was certain the Sharks wouldn’t find themselves on the winning end of another romp, and he still felt that way. “I don’t think this series is going to play out in blowouts like this, night after night,” he said.

Early in the second period, McLellan opted to move Pavelski down to the third-line center position from first-line wing, a role that he’s said all season long is ideal and plays both to Pavelski’s strengths and the Sharks’ bonkers depth. The move paid off, with the Sharks able to roll four high-speed, effortless-transition lines that the Kings simply could not keep up with. After one goal, my editor emailed me to note that “THEY JUST STRAIGHT UP DID A THREE-MAN WEAVE.” I checked my email later, and I wasn’t entirely sure which of the numerous tic-tac-toe goals she was referring to.

“We’re kidding ourselves if we think it’s going to be like this for seven games,” said Torres, who seemed almost embarrassed that his name had been chanted by the Shark Tank crowd in the third period. “We’ve been fortunate the first two games. We’ll really find out what kind of team we have going into L.A.”

Sports fans and opinionistas have famously short memories, but in the playoffs you might as well be dealing with a bunch of protagonists from Memento. The Sharks are up 2-0 against the Kings right now, yes, but those planning the parade route past the Guadalupe River should be reminded that all San Jose has done so far is defend home ice. (A necessary element, considering their dismal record in L.A.’s Staples Center.) When the Sharks and Kings played each other last postseason, the home team won all seven games.

I cringed when I saw one Bay Area columnist bring up the word “sweep” on Twitter, because all it takes is an L.A. win in Game 3 to narrow the series to 2-1, and suddenly the narrative shifts back to how much pressure is on San Jose, and how, come to think of it, haven’t they choked in the past? That’s just the way these things go, though if there’s a team that has heard and endured it all before, it’s San Jose. As a programmer on HBO’s new show Silicon Valley remarked on last night’s episode, “Inferior products win out all the time.” You could just feel all the Sharks fans in the audience nodding sadly.

Driving home from the game, I took a random exit on the 101 to get gas and instead found myself in a labyrinthine office complex with no clear way out. “MAKE A U-TURN ON INNOVATION WAY!” demanded my GPS. That’s probably not bad advice for the lost Los Angeles Kings right now, either.