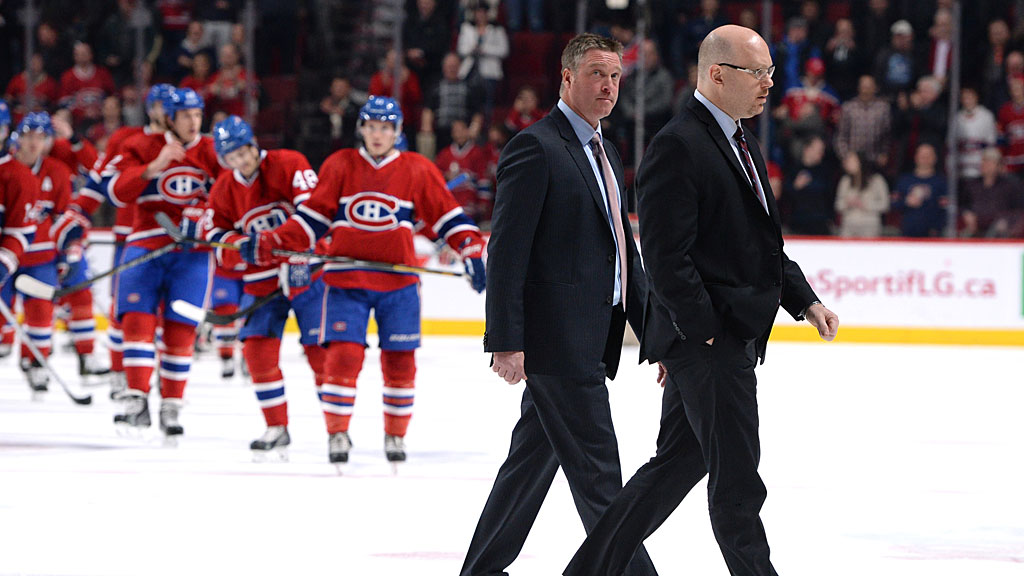 The hockey world celebrates each time Patrick Roy has occasion to return to Montreal. Tuesday night wasn’t even the former goaltender’s first visit to his old city, but it was his inaugural appearance in the Bell Centre as an opposing coach, and that small distinction mattered enough to draw the usual round of questions for the Hall of Famer about how it felt, this time, to be back. Had he taken a peek at his retired no. 33 up in the rafters, by any chance?

“I forgot,” he said. “See how focused I am on the game? Actually, I lied. I looked at it before, just to make sure it’s still there. No dust on it.”

What makes all of Roy’s returns to Montreal so enjoyable is that — blessed by the hand of time — they’re merely delightful excuses to recall the truly bonkers way he initially departed in 1995. (We hated seeing him leave, but we loved to watch him go.)

In an early December game that year against Detroit, Roy fumed as he let in five goals, six goals, seven … Ultimately, coach Mario Tremblay didn’t pull Roy — who had been in net for two of Montreal’s Stanley Cups — until he’d given up nine goals. The hotheaded goalie gave a sarcastic salute, stormed past Tremblay, found Canadiens president Ronald Corey behind the bench, and informed Corey he’d never play another game for Montreal.

He never did. Corey was forced to deal him just days later to Colorado, a transaction forever known as, simply, “Le Trade.” (Every time I think about this series of events, I wonder what Twitter would have been like that week.) Roy would win two more Cups with Colorado, and when he retired in 2003, the Avalanche raised his jersey to the rafters almost immediately. Meanwhile, he continued feuding with the Canadiens organization for several more years. It wasn’t until 2008 that he made his first, real return to Montreal for an emotional and reconciliatory number-retirement ceremony.

Since then, he’s been back for the Canadiens’ centennial celebration and, Tuesday night, for a regular ol’ game in his rookie season as coach. Truth be told, the Colorado-Montreal matchup was not exactly a rousing tribute to Roy’s life and times. He was given an appropriate, if understated, ovation when his picture flashed on the JumboTron, but there was no other fanfare. Jean-Sebastien Giguere, a Montreal native who might be playing in his final season, had a rough game for the Avalanche, and the Canadiens won, 6-3, with Thomas Vanek’s hat trick becoming the real story of the night.

Which is a shame, because who ever tires of reminiscing about Patrick Roy meltdowns, particularly when our chances to do so are becoming fewer and further between? Now that Roy’s had his first visit to the Bell Centre as a coach in a regular-season game, we won’t be able to fete his return once again until the playoffs. And the two teams would never meet in the playoffs unless it was for the Stanley Cup. You see where this is going. Let’s make “Le Final” a reality.

Kentucky's NBA alumni are making a combined $73 million in salaries this season, which puts them narrowly ahead of UCLA's, Florida's and Duke's.