We Have to Go Back! Revis Returns to the Jets, the Colts Go All In, and More NFL Free-Agency Moves 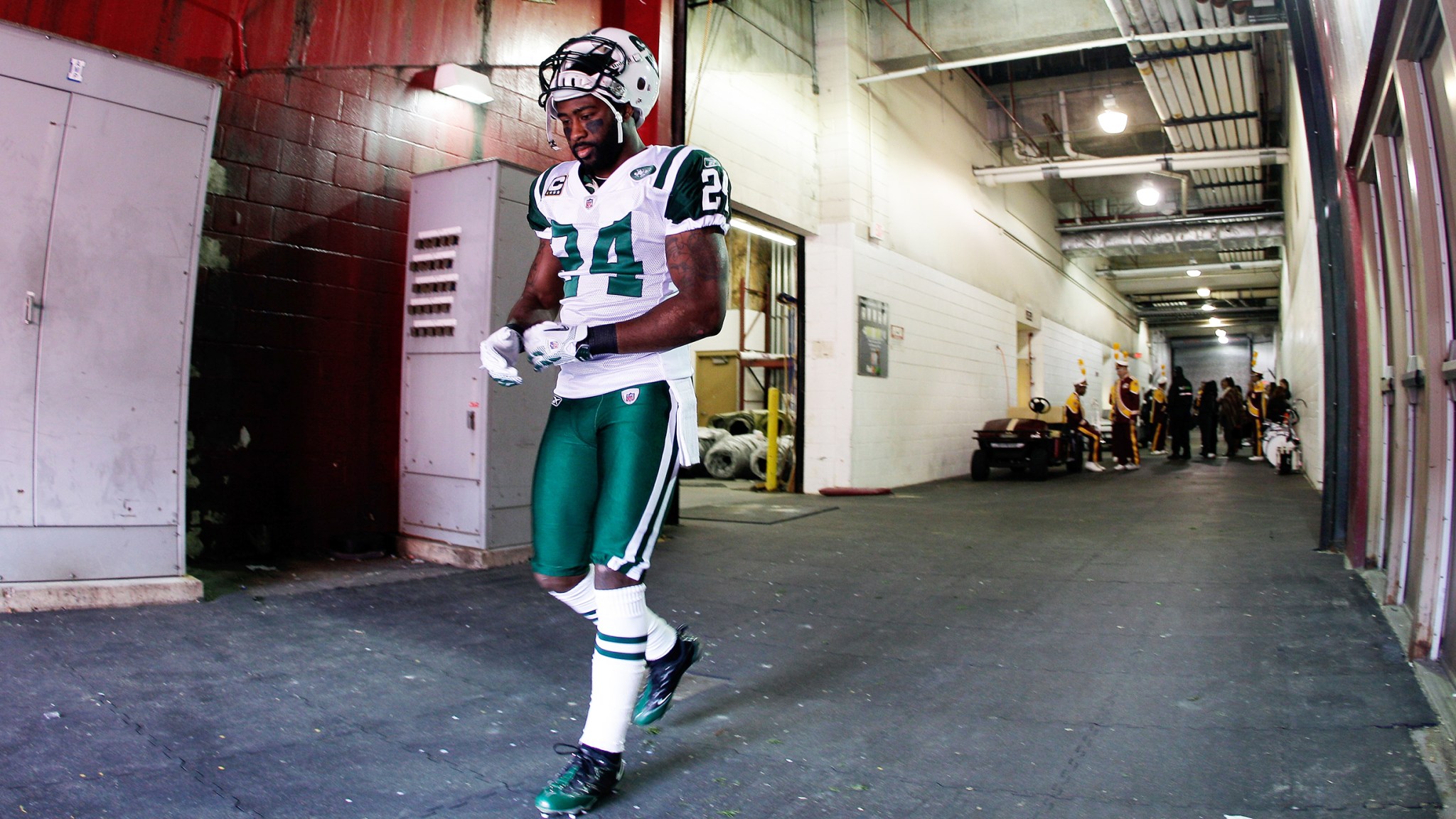 Return to the Island

Darrelle Revis is no longer the one that got away. Mike Maccagnan managed to coax Revis back to New Jersey last night, with a five-year, $70 million deal that includes $39 million in guarantees. Revis has never been shy about showing that home is where the money is. And considering the shelf life of NFL careers and the dynamic of nonguaranteed deals, no one — especially other players — can blame him. This time around, the Jets were the team willing to shell it out. It may not soothe all the pain Jets fans endured watching him hoist a trophy as a Patriot, but it’s a start.

Maccagnan handing Revis a massive deal might seem like an overcorrection from former GM John Idzik’s wait-and-see approach, but it isn’t some irresponsible splash.1 The $39 million guaranteed is a huge number, but the structure of the contract2 means $33 million of the guaranteed money comes in the first two years. It’s essentially a tweaked version of what Revis got in New England last year, with an extra guaranteed year stapled to the front. The Jets will get Revis for his age-30, age-31, and (possibly, because with Revis, it’s hard to say) age-32 seasons, with no extra costs if they choose to move on after that.

The fit also makes perfect sense schematically. Coming into free agency, cornerback was the Jets’ most pressing need. They filled it not only by signing the best option on the market but one perfectly suited for their new defense. Todd Bowles plays mostly man behind his blitz-happy defense, and now he has a no. 1 corner famous for driving receivers to befriend volleyballs. Revis may not be the player he was in 2009, but he’s still an excellent man-to-man corner. Under Bowles, he’ll slide back into the old life he had as a Jet.

Revis makes up for a lot of woes, but with the issues the Jets had in the secondary last year, even he isn’t enough. Maccagnan seems to know that. A few hours before signing Revis, the Jets gave former Cleveland Brown Buster Skrine a four-year, $25 million deal with $13 million in guarantees. Skrine had his best season a year ago as part of the league’s no. 2 passing defense by DVOA, and he’s just the type of player Bowles wants in his secondary. At 5-foot-9, Skrine doesn’t fit on the outside, but he’s perfectly suited for the role that Jerraud Powers and Tyrann Mathieu — both also about that height — performed for the Cardinals when Bowles was their defensive coordinator. Powers did most of his work in the slot but was able to slide outside when injuries called for it. The same will likely be true for Skrine in green-and-white.

The type of player Bowles would prefer across from Revis is one he had in Arizona last year to pair with Patrick Peterson. Antonio Cromartie came to the Cardinals last offseason in part because his task in Bowles’s defense mirrored what he’d been asked to do with the Jets. Now, it looks like Cromartie may head back to New York. Several outlets are reporting that Cromartie and the Jets were in serious talks all night, and all indications are that he’ll be reunited with Revis.

The Jets still have a hole at safety — and what they’ll get from former no. 1 pick Dee Milliner is anyone’s guess — but Bowles is being handed a stable of defensive backs that rivals the one he had in the desert. 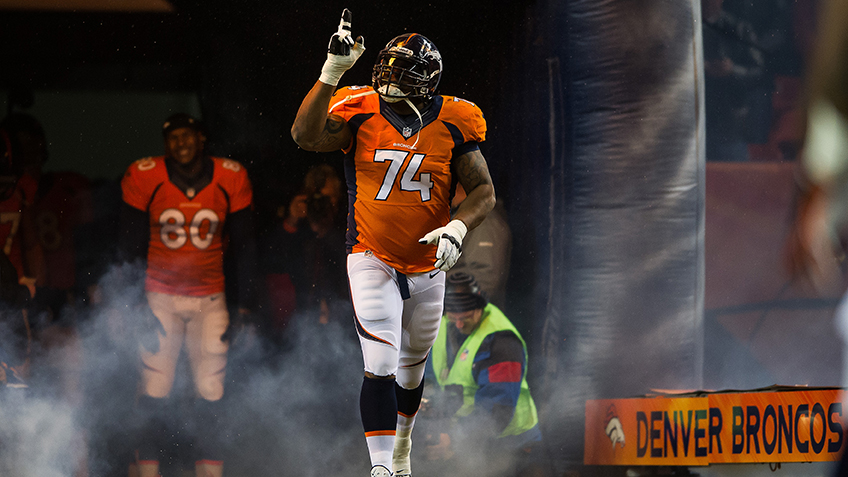 More than once last season, the Chargers offense inspired me to yell at a television. The first time was in Week 4, against Jacksonville, when Philip Rivers was firmly in the Russell Hammond stretch of his season, but the Chargers still insisted on giving Donald Brown and Branden Oliver 19 carries for a combined 42 yards. WHY ARE YOU RUNNING THE BALL?

San Diego’s running game had some better moments as the season went along, but that’s not saying much. The Chargers finished the season 25th in rushing DVOA and 31st in yards per carry. It was clear they needed some interior offensive line help this offseason.

Enter Orlando Franklin. Because an offensive tackle is only mentioned when he’s getting his soul stolen by a pass-rusher, most people probably know Franklin as the guy Cliff Avril ruined in Super Bowl XLVIII. Franklin moved inside to left guard for the Broncos last season, and after some growing pains, he really settled in. He’ll play the same position in San Diego, and on a five-year, $36.5 million deal ($20 million guaranteed) that makes him one of the highest-paid guards in the league.

The Franklin signing comes on the heels of San Diego bringing back King Dunlap to play left tackle. With the left side of the line secured, there are still questions to answer. After talk of a possible move to guard, it looks like D.J. Fluker will be staying put at right tackle in 2015. That leaves Johnnie Troutman at right guard, where he had a rough time for 15 games last year. Chris Watt will likely start at center after having to serve spot duty as a rookie, but it wouldn’t be a surprise to see San Diego address the interior of its line in the early rounds of the draft. 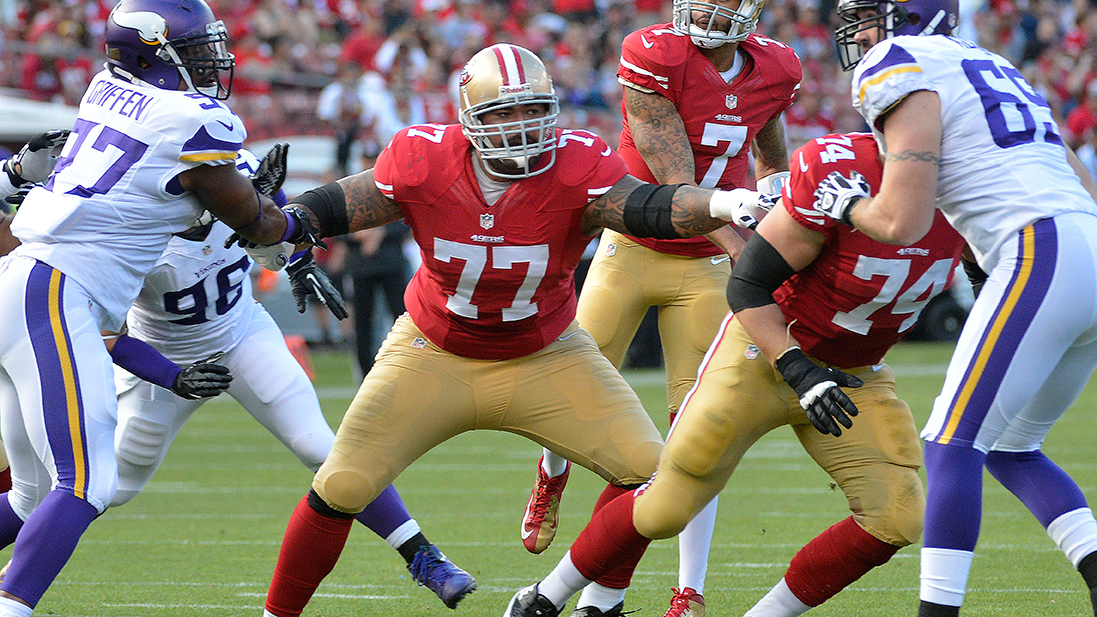 The Cardinals were also looking to beef up their line, and they got out of the gates strong with the biggest free-agent swing available. Arizona landed Mike Iupati with a five-year, $40 million deal that includes $22.5 million in guarantees and makes him the highest-paid member of the Cardinals offensive line. As mind-numbing as it was to watch San Diego run the ball last year, watching the Cardinals do it was worse. Arizona finished 30th in rushing DVOA and was the only team to out-awful the Chargers in yards per carry. It was the second time in three seasons the Cardinals have finished last in YPC. Only one team had a worse single-season average in the past five years than Arizona’s 3.39 yards per carry (thank you, 2013 Ravens). Iupati should help in that area immediately. He is a massive, mobile world-destroyer and one of the three best run-blocking guards in football.

Where Iupati doesn’t fit quite as well is in the passing game. The Cardinals led the league in air yards per attempt at 10.39. It’s an offense with deep, slow-developing throws that require a healthy amount of protection. Iupati has his pass-protection issues, and they’re likely to creep up when the Cardinals are throwing this year. There’s a chance, though, that they throw less often with Iupati around. Arizona ran the ball just 37.5 percent of the time last year, the 19th-highest rate in the league, which doesn’t fit on a team that won 11 games and boasts a top-five defense. If Iupati and some other changes on the interior of the line3 can help Arizona run the ball more effectively, expect a shift toward a more characteristic run-pass balance. 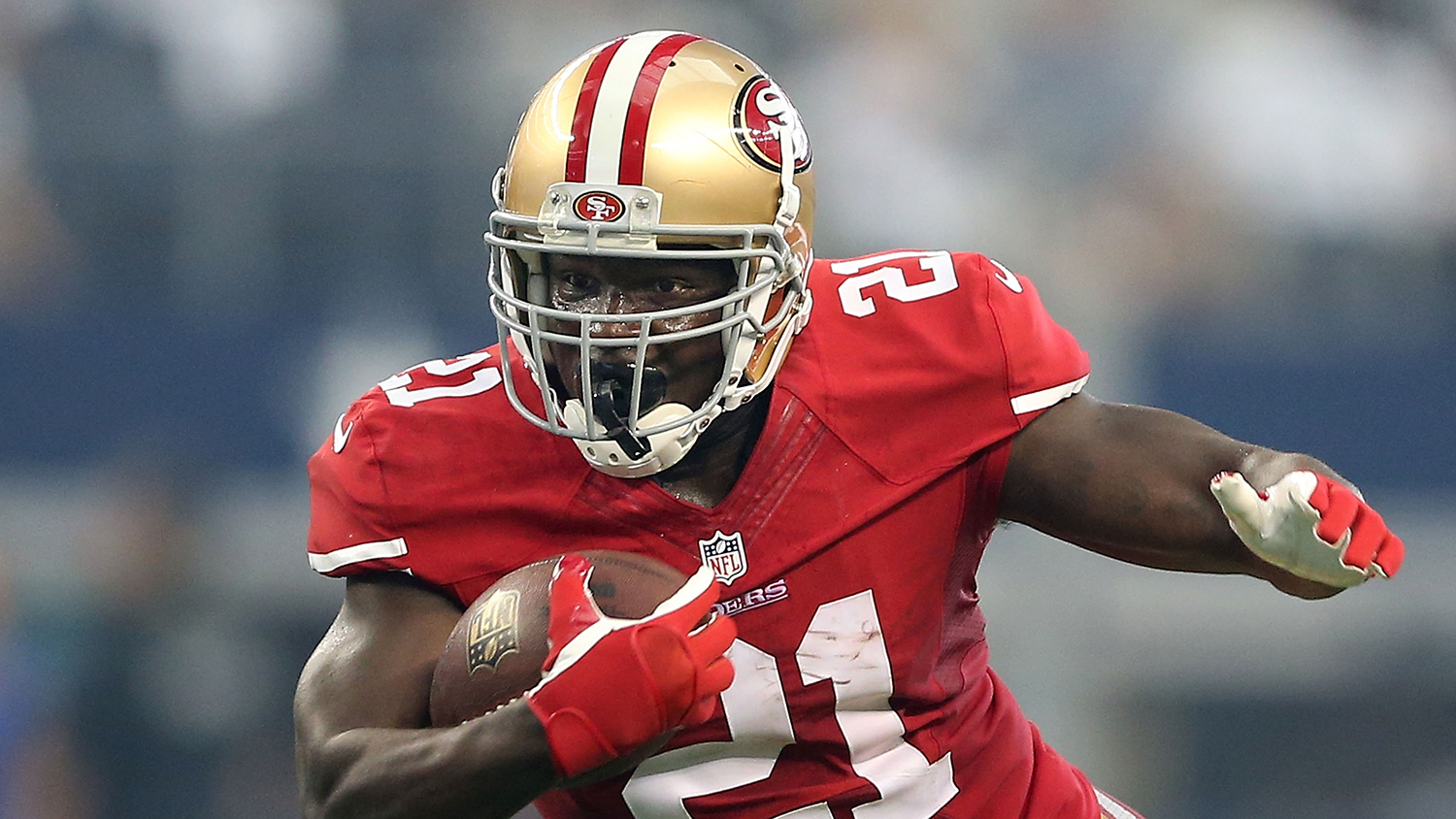 Depending on how the next few days shake out, it really seems like the Colts are gearing up for a run. During his early days as Indy’s GM, Ryan Grigson used free agency as a way to give long-term deals to marginal talent like Erik Walden, Ricky Jean-Francois, and LaRon Landry. Well, Jean-Francois and Landry are already gone, and this time around, Grigson is retooling a roster that went to the AFC Championship Game with cheap, short-term options that should make the Colts better at several spots.

The Eagles’ loss of Frank Gore was the Colts’ gain. NFL Network’s Ian Rapoport reported that the key to Gore landing with the Colts was offensive coordinator Pep Hamilton, who was the quarterbacks coach in San Francisco during part of Gore’s time there. The Colts run a power scheme similar to the one Gore ran with the Niners, and even in his age-32 season, he’s a logical option and a significant improvement at running back.

Lance Zierlein reported early yesterday that Andre Johnson actually joined Gore on his trip to Indianapolis, which is exciting on about 27 levels. Anytime early-2000s Miami Hurricanes can play together in the NFL, it should happen. More importantly, the thought of Johnson playing out his days with Andrew Luck is almost too fun to imagine. The idea that Johnson is past it is kind of crazy. He’s a season removed from catching 109 passes for 1,407 yards from a combination of Case Keenum and Matt Schaub. Johnson is 33, a full three years younger than Reggie Wayne. Swapping the two would undeniably make the Colts’ passing game more dangerous than it was a year ago.

To go along with Gore and (possibly) Johnson, Grigson also swiped Trent Cole from several other suitors, on a two-year, $16 million deal with $8 million in guarantees. Even at 32, Cole provides the type of pass-rush help the Colts have been desperately missing outside of Robert Mathis the past few seasons. Cole, Gore, and Johnson would be the big names, but Indy has complemented those signings with quieter ones, keeping some of their own players and adding cheap veterans. Todd Herremans isn’t a long-term answer at guard, but he’s a better option, especially in the running game, than some of the Colts’ recent picks. Retaining Pro Bowl safety Mike Adams was a prudent move. And even a player like Kendall Langford, who was no longer needed in the Rams’ defensive line rotation, gives the Colts some useful depth on the interior.

The impact of Luck’s upcoming monster deal is on the horizon, and the Colts know that. Each of their transactions this offseason has been in the middle ground of winning now and setting up their roster for the future. Contracts like Gore’s and Cole’s are ones the Colts can move on from just as Luck’s huge cap figure is set to kick in. These aren’t the names — like Ndamukong Suh or Iupati — over which fans may have salivated earlier this month, but they’re moves that can set the Colts up well for this year and beyond.

Titus’s Top 12 NCAA Power Rankings: Why Your Team Will Win the Tournament … and Why It’ll Get Bounced Before the Sweet 16