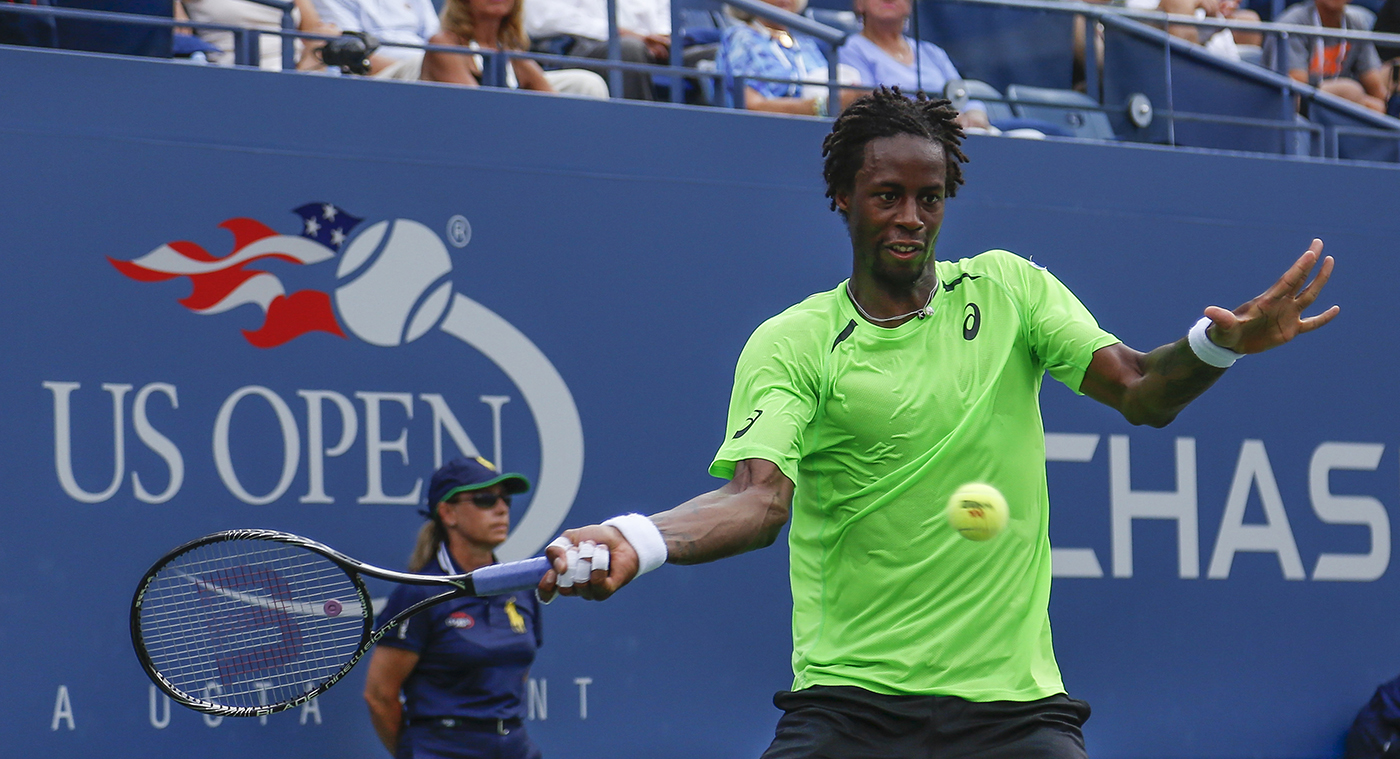 It’s been a long time since Gaël Monfils has been considered a “relevant” tennis player — three years since he was the seventh-ranked player, 11 years since he was a young pro with no. 1 talent. It’s been a long time, in fact, since Monfils has been considered just a tennis player. Instead, he’s called an entertainer, a showman, a one-man highlight/blooper reel, a GIF personified, a human emoji.1 A tanker, a self-saboteur, a code-violator. A guy who showed more effort in beating his compatriot Laurent Lokoli in a dance-off at the French Open than he showed beating the then-15th-ranked Fabio Fognini.

Suddenly, Monfils is “relevant” again. Two days ago, he beat one of the brightest young stars, Grigor Dimitrov, a semifinalist at Wimbledon, in the fourth round of the U.S. Open, and made him look pedestrian doing it. Today, he plays Roger Federer in the quarterfinals. He has yet to lose a set in this tournament.

The relevant question is whether Monfils can beat Federer. The relevant answer is yes. If Federer isn’t at his best and Monfils is, Monfils can win. He can hit any shot. In the past month, and especially in the past week, he has been playing the kind of brilliant tennis that he’s always shown flashes of but never sustained — astonishing power, creative angles, little touch lobs, big serves. More relevantly — no one ever doubted that Monfils was capable of making a ball dance — he’s shown patience, intelligence, and restraint. Three weeks ago, Monfils lost to Federer in three tight sets. He’s been playing like he wants to win. That’s the relevant phrase: “wants to win.”

To which I say, Vive La Monf! I hate the word “relevant.”

Seriously, let’s be unserious. To quote La Monf, when a reporter told him how “mentally focused” he was against Dimitrov: “It’s not a job, you know, it’s a sport.” And: “It’s like, you know, don’t give a shit.”

It’s not that I don’t give a shit about winning. And it’s not that the narrative that Monfils has been winning by playing more responsibly is wrong. He and Dimitrov, a fantastic shot-maker himself, did play some of the most thrilling points of the tournament.

Monfils lost that point. But he was the one who won the match, and he won it in an unspectacular way. He beat Dimitrov by frustrating him, by darting down would-be winners, and by taking the pace of the ball and provoking Dimitrov to overhit and sail it long. Dimitrov was very obliging. Again and again, Monfils hit the reasonable shot when in other matches he would have hit the antic one. But the idea he has become more mature is bogus. He yelled and muttered to himself on the court. When annoyed for some obscure reason, he tanked four consecutive points and actually started walking to his chair while Dimitrov served, batting the return into the back wall on purpose. On a changeover, he sipped a Coke and toasted his agent.

Tennis is as much a psychological game as a physical one. But there is no understanding La Monf. He plays as he speaks, in acrobatic and funny and maddening and oddly compelling contradictions. “It’s like if I’m not happy, it’s OK. I want just to be happy, you know. If I’m not happy, fine. Have it, you know.” He may be too self-destructive to win a major, and that’s sad, because it’s nice to win majors, and because tennis would be a more entertaining, more appealing, more winsome sport if Monfils were playing when people were watching. And Monfils might not be so infuriating if he didn’t make pointless errors off scissor-kick backhands. His pure athletic skills are phenomenal, but to judge from how often he staggered, leaning on his racket for support, seeming near collapse, his endurance is not exactly impressive.

He is not who he might be. But he is who he is, and La Monf is more than a name on a bracket. He wants to win, but for what? Not in order to be relevant. He wants to improve, but why? Not to become a machine. It is true — he is not just a tennis player. He is a human.

So why is he winning? “I haven’t changed a lot,” Monfils said. “I just play maybe solid today, but I’m still the same. … I keep like simple thing in my head, so obviously it’s working. Then it’s luck. To be honest, look at set point. I hit one of the worst drop shots I ever hit and he hit a frame. It’s pure luck, you know, to haven’t drop a set. So you need to have it sometime, and I hope I will have more.”

There is a tragicomic quality to La Monf. He is not the perfectly calibrated machine; he is not ethereal and effortless; he lacks will and strength; he isn’t disciplined or stubborn. The very sound of his grunts has a particularly French ennui. He can recognize the nihilism at the core of what he does. It’s luck. But what he can do, and what the others can’t, is turn the job into a sport, and the sport into a game. He plays. “I think I can speak on behalf of so many players,” Federer said when asked about Monfils. “We love watching him play.”