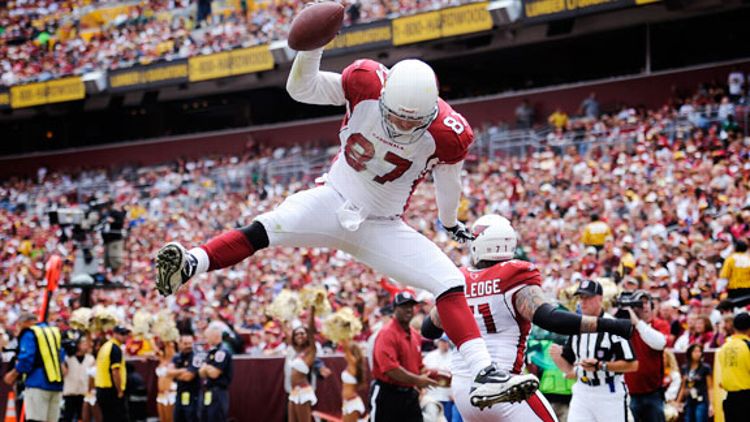 As we’ve mentioned before, the best way to make money betting on sports in Vegas is to anticipate the market’s moves before they actually happen. When the upcoming week’s NFL lines are posted in the Hilton sportsbook on Sunday afternoon, the sharp bettors in Vegas make sure to get their money down on the opening line before the public can shift the line to a less profitable position. This cat-and-mouse game goes on all week as news breaks about injuries and the previous week’s action gets placed into its proper context, leading to another rush of action just before the games go off on Sunday morning.

Take the Bills-Raiders tilt in Week 2, which ended as a 38-35 victory for Buffalo. When the line opened on the previous Sunday, the Bills were favored by three points, but the line was at even money as opposed to the customary -110. The Raiders, meanwhile, were three-point underdogs, but they were at -120. That suggests that the Hilton believed they would get more money on the Raiders to cover than they would on the Bills, and they tilted their odds accordingly.

That’s not what happened, though. By the next morning, the Bills were 3.5-point favorites at -110, suggesting that money had come in on them. They got all the way up to four-point favorites before coming back down to three points, and then back up again. By the end of the betting week, the Bills went off as 3.5-point favorites at -110. 3.5 points ended up being the sweet spot where bettors on both sides were comfortable with getting action, but whenever the line moved a half-point off that figure, there was a rush of money in to get it back at 3.5.

If you were able to get your bet in on the Bills when they were at -3, you got your money back, but if you bet on them at -3.5 or -4, you lost. Likewise, if you bet on the opening line of Raiders +3, the fourth-down conversion that gave the Bills their victory turned your win into a push. If you anticipated the market running toward the Bills after their dominant Week 1 victory over the Chiefs and expected the line to move toward Buffalo, you waited and got the Raiders at +3.5 or even +4. And for you, that final play didn’t matter, because your bet was virtually safe either way.

So, now that most opening lines are two days old, let’s track how the Week 3 lines have shifted. Our line tracking comes from vegasinsider.com, and while every book’s action can be different, we’ll be using the line movements at the Las Vegas Hilton.

Two points might not seem like a huge deal, but this line has moved a monstrous amount over the past few days. If you managed to get Arizona at its opening odds of -1.5 and anticipated that the line would go up against the dismal Seahawks, you have the possibility of the Holy Grail of sports betting — a two-point middle using a key point. For the gambling uninitiated, we’ll explain both terms below.

A middle consists of two bets, with one placed on each side of a typical line. Why would you want to bet on both sides of a line when Vegas is taking a vig off of each bet? Well, let’s say you bet on the Cardinals at -1.5 on Sunday and then followed that up with a bet on the Seahawks at +3.5 on Tuesday afternoon. There is no way you can lose both these bets — if the Cardinals win by two or more points, that’s a winner, and as long as the Seahawks win, tie, or don’t lose by four or more points, you’ll cash your Seattle ticket. In most cases, you’ll win one bet and lose the other. If the Cardinals beat the Seahawks by two or three points, though, you win both bets. That’s the middle.

The odds of a middle hitting and both bets paying off aren’t great, but using math and history, we can prove that it’s a profitable bet. Let’s assume you bet $110 on each side of the line at -110. If the Cardinals ticket wins but the Seahawks ticket loses, you’ll have bet a total of $220 and you’ll get a return of $210 from the Cardinals ticket, giving you a net loss of $10. The same is true if the Seahawks ticket wins and the Cardinals ticket loses. If that two- or three-point Cardinals victory occurs, though, you’ll get a whopping $420 back from your two winning tickets, giving you a $200 profit. If we plug in the odds of each of the three events and figure out our expected return (Cardinals cover, Seahawks cover, both cover), this bet becomes a mathematically profitable decision if the middle happens 4.8 percent of the time. It’s not guaranteed to happen every time, but if it happens even five percent of the time, we’ll make money in the long run.

This is where the “key point” comes in handy. A disproportionate amount of NFL games end with a point margin of three, seven, or 14 points, because of the way the NFL’s scoring system works. Since 1990, a full 16 percent of NFL games have ended with one team winning by exactly three points. Only 3.5 percent of games have finished with a two-point margin, and 5.3 percent have culminated in a four-point win. If you’re trying to middle a game, having that key point in your locker is a huge advantage.

But remember, the three-point win does us no good if Seattle wins by three. That’s where we turn to the data gathered by the superb Spreadapedia project, which has gathered historical odds for decades of NFL games and turned it into a searchable database. That comes in handy right now. There have been exactly 999 regular-season games since 2001 in which a team was favored by 1.5 to 3.5 points, just as the Cardinals have been over the past two days. In 11.2 percent of those 999 games, the favored team has won by either two or three points. Plug that into our expected return model and we find that the expected return of somebody holding $110 tickets with Cardinals -1.5 and Seahawks +3.5, on average, is $13.52. How many bets can you make in Vegas that are more likely to return you money than they are to cost you some? That’s the power of the middle.

It’s hard to resist the lure of a middle, but I don’t really think this is a great line. The Seahawks might be coming off a comprehensive loss to the Steelers, but that was in Pittsburgh. They’re facing the Cardinals at home, and since their new stadium opened in 2002, the Seahawks have enjoyed the best home-field advantage in all of football. The Seahawks win their average game at home by 6.1 points and lose on the road by an average of 5.6 points. That 11.7-point swing is the largest margin in all of football. Seattle’s been 42-32-4 against the spread in its home confines, and the Cardinals aren’t exactly a dominant team. Even if the Seahawks are destined to go 2-14 in their quest to Suck for Luck, they still have to win two games, and those wins are going to almost surely be at home against the NFC West. I think Seattle could win this game outright, let alone cover.

Here’s another opportunity for a middle for those people who saw the action coming in against the Chiefs, who have lost arguably their two best players (Eric Berry and Jamaal Charles) to season-ending ACL tears in consecutive weeks. If you do the math, this one is slightly less profitable because a 13-point win is a push instead of a win. It’s also a rarer line, so we’ll look back all the way through 1990 on Spreadapedia. Since those halcyon days of Hammertime and Zubaz, teams favored by a range of 13 to 14.5 points have won by 13 points just 1.4 percent of the time, but they’ve won by 14 points 6.7 percent of the time. With those odds in our expected return model, a bettor who got $110 on Chargers -13 and then put $110 more on Chiefs +14.5 will make an average of $5.61 on those two bets.

Although the Cardinals-Seahawks middle is statistically more likely to occur, the Chiefs-Chargers game might be the better opportunity, since this line looks like a much better representation of the gap between the two teams. Kansas City is coming off two terrible losses, but it has also lost its two best players. (We don’t normally see a significant change in a team’s rushing performance when it loses its starting running back, but Charles has grossly outplayed the other backs in the Chiefs lineup during his pro career. Last year, with a similar number of carries, Charles had nearly twice as many yards per carry as nominal “partner” Thomas Jones.) The Chiefs still have a pair of above-average cornerbacks, so they might be able to slow the Chargers down and prevent them from scoring 40 points. Then again, they weren’t able to stop the Bills or Lions from doing just that, which is the reason why this line keeps rising.

This line appears to have moved only one-half point, but that’s not the case. Although the line opened as Buccaneers -1 on Sunday evening, the impact of Atlanta’s dramatic home victory over Philadelphia was felt in Vegas. By Monday morning, the Falcons were favored by one point, meaning this line moved two full points overnight! And even more impressive, by lunchtime, the line had shifted 2.5 points back in the opposite direction, leaving the Buccaneers as 1.5-point favorites. They remain there now, but it’s clear that this line could shift pretty quickly. I think the Buccaneers have played pretty ugly football through the season’s first two games, in which the score line has masked their true level of play, so I’m inclined to bet on the Falcons and suspect that the line will shift back to them as the week goes along.