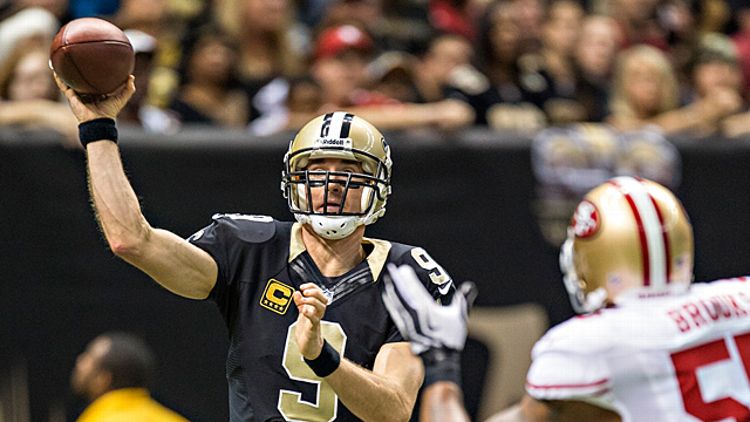 “The house always wins” is an often-used phrased, and when it comes to sports betting — over the long run, in aggregate — it’s true. Bettors must risk $11 to win $10, and though that equates to a seemingly surmountable 52.4 percent win percentage to break even, the consensus estimate is that less than 1 out of 20 sports bettors profits over the long run.

Why do such a high percentage of bettors lose? On the surface, the bettor has many advantages, such as the power to decide when, where, and how much to bet. What the bookie asks for in return is the 11/10 vig. Vegas old-timers I know often refer to the bookies’ 11/10 advantage as “the nuts” — and it’s certainly a formidable hurdle, but what makes winning nearly impossible for many recreational bettors is their failure to maximize the advantages they are offered.

A perfect example is the San Francisco–New Orleans game Sunday. From midweek onward, many “square shops” (sportsbooks catering to casual bettors) had the Saints favored by 3.5, while many “sharp shops” offered -3. Note that 3 is by far the most valuable point spread in the NFL, with almost 10 percent of games with a spread near 3 ending with the favorite winning by exactly 3. To lay more than a field goal when a better number is readily available is nothing short of a total disregard for the mathematics of sports betting. I’m not talking spreadsheets and algorithms, but rather the basics of value — the same as not buying gas at a station charging a quarter more than a station across the street.

But it came as no surprise when multiple square shops reported New Orleans -3.5 as their biggest Sunday winner. Quite simply, those who laid 3.5 lost, while those who laid 3 did not. For many, the recreation provided by sports betting is a fair exchange for some amount of loss. Such thinking is easy to understand. What doesn’t make sense, and what unnecessarily adds to losses, is ignoring the extreme importance of what number you bet at.

And then there are the losses caused by just plain bad picking. The LVH sportsbook runs the SuperContest, the biggest NFL handicapping contest in the world. This year, more than 1,000 handicappers paid $1,500 to compete for over $1 million. ESPN’s Dave Tuley does a wonderful job reporting on the contest, and by his count, the top five consensus picks each week have covered only 28 percent of the time on the season. Fifteen winners, 38 losers, and two ties. Holy bankroll crusher. Such poor results can be somewhat explained by the growth of the contest, resulting in an overall lower level of expertise from the participants — but the poor results also speak to the reality that even those willing to pony up $1,500 to enter can lose for multiple months at a time.

Bettors did get lucky on the Georgia vs. Auburn game, when the Tigers completed a deflected fourth-and-18 pass for a 73-yard touchdown with 25 seconds left in the game, resulting in the Auburn win and cover. Upwards of 85 percent of the money at some sportsbooks was on the Tigers. BetOnline.ag’s Dave Mason reported that Auburn was their “biggest loser by far” Saturday, and Sportsbook.ag’s Mike Perry said “our office had the energy of a funeral home the moment after that Hail Mary.” Even with the lucky win, bettors lost overall Saturday, with USC’s upset over Stanford having an especially negative impact.

Bettors also lost overall in the NFL. In addition to those who bet the Saints at a bad number, the public was crushed when the Steelers upset the Lions. Seventy-two percent of tickets backed Detroit (via Pregame.com’s bet tracking tool) and Bovada.lv’s Kevin Bradley was “amazed at the amount of money on Detroit.”

Looking ahead to next weekend, New England is +2.5 hosting Denver. This is the first time New England has been a home underdog since November 7, 2005. That’s 2,934 days ago. There have been 708 home underdogs in the NFL during that span, with St. Louis leading the way with 45 home underdog instances. New England has won 35 of its last 38 regular-season games in Gillette Stadium, showing that the respect from Vegas has most likely been justified.

About Last Night: Knicks Get George'd