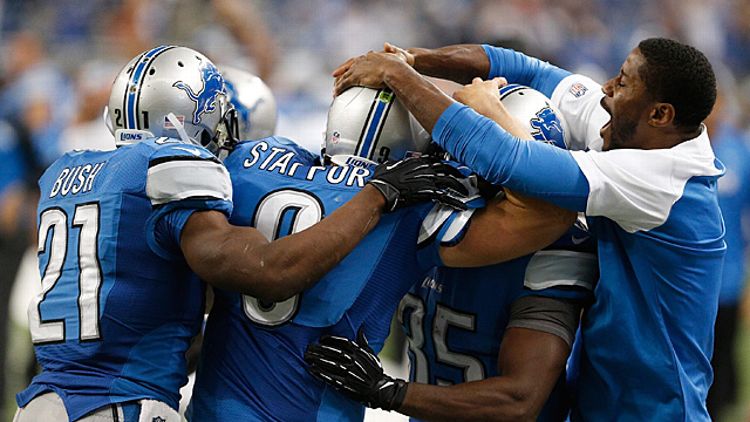 The sports world was buzzing on Sunday after the Lions’ last-second comeback win against the Cowboys. The final touchdown didn’t affect the point spread, since Dallas was a 3-point underdog and lost by only one. A decade ago, that would have meant the ending had no significant gambling consequence. But things have changed.

Mike Perry from Spotsbook.ag emailed me immediately, reporting that when Detroit started its desperation drive with a little over one minute left in the game, his book was offering the Lions at +800 to win the game. One bettor risked $1,500 to win $12,000. Dave Mason from BetOnline.ag told me that the-Cowboys-to-win-the-game had generated especially big moneyline action, meaning that many folks who were not fans of either team cursed the last-second Stafford sneak. On the other hand, those who teased Detroit from -3 to +3 celebrated.

Bettors overall had their very best NFL Sunday of the season. The public loves to back the better team, and when five of six division leaders cash (plus Denver and San Francisco), the sportsbooks are going to hurt. The LVH’s Jay Kornegay told me: “Players will have a good Halloween and will probably hand out full-size candy bars. Bookmakers will be handing out candy corn singles.”

Bettors benefited more than usual from over/under point totals. Peyton Manning and the Broncos entered their matchup against Washington having gone “over” the total in all seven regular-season games (10 straight counting the preseason), and once again “over” bettors cashed on the back of the best quarterback anyone can remember. Bovada.lv’s Kevin Bradley explained that a high total stimulates more action on both the total and the point spread. For the average bettor, more scoring means more interest in the game. Prime-time games generate the most over/under action. Many viewers enjoy side/total parlays on TV games — making Sunday Night Football’s Green Bay and “over” result especially painful for bookmakers.

If the favorite had covered on Monday Night Football, bettors would have had a weekend for the history books. The Seahawks opened -10, and were bet all the way up to -14 at some spots — making them the second-biggest MNF road favorite in the past 25 seasons. It’s important to remember that a large percentage of football bets are multiple-team parlays. When the public has an especially good NFL Sunday, the Monday favorite is almost always the last piece to a large number of live parlays — many potentially paying off 10/1 or more. This risk of widespread parlay payoffs when a vast majority of popular teams cover in a given week is a bookies’ greatest fear.