The True Cost of Winning in MLB 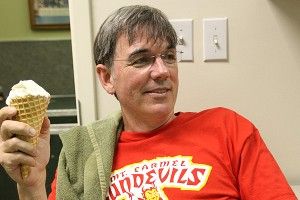 With their elimination at the hands of the Tigers, the Oakland A’s once again fell victim to the dreaded small sample size. The things that make them successful over 162 games are less reliable over a five-game divisional series. Less esoteric is the reality that they had to face Justin Verlander twice in those five games.

But the A’s can at least lay claim to winning something.

Each year, someone called the Sports Marketing Guy keeps a running total of every MLB team’s cost per win — a metric for how efficiently a GM uses his resources. It takes the Opening Day rosters, adds up the salaries (using the values published by USA Today), and divides that by a team’s number of wins. It tells you pretty much what you’d expect: The A’s spend less than any other MLB team per win (and the Yanks and the Red Sox spend a lot).

It’s well established that Billy Beane is a tightwad. But it’s by necessity. And he wins because he figured out that it’s not how much you spend, but how you spend.

But because those cost-per rankings are so brute-force, they suffer from a couple of problems. First, the salary numbers aren’t complete. Some of the younger guys on rosters, who don’t have published salaries and are probably making near league minimum ($480,000), don’t even appear in the lists. It’s not a huge factor, but add a half-million here and a half-million there and pretty soon you’re talking real money.

Second, there are millions of dollars missing. For example, the Dodgers still owe Manny Ramirez and Andruw Jones north of $10 million between them. That’s not in the USA Today number for the Los Angeles Dodgers of Los Angeles. Using Cot’s Baseball Contracts (they account for things like the Jones and Ramirez money as well as pro-rated signing bonuses) instead, the Dodgers’ cost per win jumps from $1.106 million to $1.246 million.

There’s also the fact that by, what, the end of July, the payroll numbers themselves are totally obsolete.

Take the Houston Astros (please). On Opening Day, they put out a starting lineup costing about $31.9 million. Within a few games, they raised a white flag and started fielding borderline major leaguers for the balance of the schedule. By the time they took the field as a 106-loss team on the last day of the season, their glorified Triple-A starting lineup cost about $5 million. It’s hard to know exactly because, save for Jed Lowrie, the other guys don’t even have published salaries (again, they were all probably making at or near the minimum).

That $25 million difference has to seem like a couch cushion change compared to the Red Sox. They shed close to a quarter of a billion dollars in payroll commitments via the late-August trade that sent Josh Beckett, Carl Crawford, and Adrian Gonzalez to the Dodgers. So can bad teams — oh, and for those that stopped paying attention, the Red Sox came in last in the AL East — find more than a small psychological salve with in-season roster moves by their GMs?

Is it possible that, by the end of the season, simply by dumping so much salary, the Astros were actually more efficient than the A’s? And can Boston take comfort in the fact that, after moving all those contracts, they didn’t end the season with the highest cost per win?

Yeah, funny thing about that.

Even after the trades, the Red Sox’s cost per win, based on their end-of-season salary commitments (again using Cot’s instead of USA Today), dropped from $2.55 million to all of about $2.50 million, still the most expensive win in MLB.

Part of that is because the trade happened so late in the season that, even if the Dodgers picked up the entirety of the prorated salaries, the Red Sox would only be saving about $13.7 million (of a $175 million payroll) this year. Add to that reports that the Red Sox sent $11 million in cash to the Dodgers in the deal and it’s close to a push.

The Dodgers, that team that picked up all of the payroll? Their cost-per only jumped from $1.25 million per win to $1.39 million. That’s a little more noticeable (an 11.2 percent increase), but the Dodgers also added Joe Blanton (and his 1.42 Southland WHIP), Shane Victorino, and Hanley Ramirez. And that $11 million that kept Boston’s cost from dropping also kept the Dodgers’ from rising.

Turns out, it’s hard to dump payroll once the season starts. Even the Astros example was a bit misleading (OK, very misleading). Yeah, the late-season starting lineup was bought at a Walmart, but after moving Carlos Lee to Miami, the Astros still paid all of his $18.5 million salary save for the prorated minimum (a couple hundred grand).

If you’ve never bothered to look at the numbers it might seem a little counterintuitive, but if you’re running an actual MLB franchise, it only makes sense. You can’t do much to effect revenue in season, so why would you want to wildly increase costs by taking on more salary? You can’t raise ticket prices mid-season. Even adding players in August won’t impact attendance that much (if you’re in a playoff race, you’re probably already drawing well; if not, you’re not). By two-thirds of the way through the season, a team isn’t finding more money in an old shoe box (unless Carl Pohlad left behind some boxes somewhere). Sure, you can clear up payroll for future seasons, when your buyers also have time to affect revenues, but once Opening Day rolls around, things don’t seem to move too much. The only way to sell when nobody wants to buy is to pay for part, if not all, of the thing you are selling.

In a remarkable display of just how little dumping payroll actually dumps payroll, the Astros dealt their five highest-paid Opening Day players (Carlos Lee, Brett Myers, Wandy Rodriguez, Brandon Lyon, and J.A. Happ) during the season. They covered all but $3.84 million of Myers’s $12 million salary. They paid about $8.8 million of Wandy Rodriguez’ $10.5 million. And they moved Brandon Lyon and J.A. Happ to Toronto, but took back Francisco Cordero, who was making close to Lyon’s salary ($4.5 million to $5.5 million, respectively).

After getting rid of $49.4 million in salary, the Astros saved all of about $7.2 million this year. And despite having an end-of-season roster almost entirely made up of guys making near the minimum, their total cost per win only dropped from $1.105 million to $0.975 million, still in the ballpark of two times what the A’s paid ($1.65x, to be precise). Lest you think the Astros are unique, they’re not. Boy genius Theo Epstein moved half of the almost-as-awful Cubs’ 10 highest-paid guys (four trades, one retiree). The resulting savings amounts to their cost per win dropping marginally from roughly $1.89 million to around $1.71 million.

So yeah, if you’re a GM, you better be OK with your payroll when the season opens, because you can move players, but you can’t really move much money. If you’re Billy Beane, you’re likely in the hunt for the cost-per title before anyone throws a pitch. But if the A’s want to start winning things at the end of the season, maybe they should start thinking about ponying up for a Verlander.

The Pacers Are Now the Hans-BROS ... Also, Gerald Green Can Fly