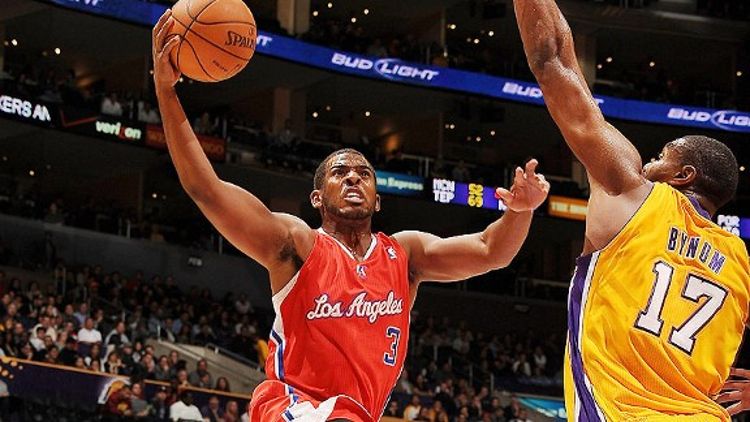 Chris Paul hadn’t even been allowed to put on pants when someone asked what a victory over the Lakers meant. “It’s not necessarily about [beating the Lakers],” Paul said. “It’s about us.” The statement came as a crowd of reporters huddled around Paul’s corner locker following Monday night’s 114-95 win. Paul’s been in town for less than a week, but he already owns one of the two pieces of prime real estate in the Clippers’ locker room, the smallest in Staples Center. The Clips’ little-brother status is built into the very design of the arena. Before the game, Griffin laid on the locker room floor as a trainer stretched his lower body — an activity normally reserved for the trainers’ room but when you’re the Clippers, it gets moved into plain view by the lack of space.

Paul is right in saying that 48 minutes of the preseason don’t denote a dethroning, but this first look at the Lakers’ rotation and its glaring lack of speed gave a hint that the vaguest sense of a shift seemed on its way. The game amounted to his Paul’s third practice in L.A. His wife had spent much of Saturday scouting homes. When asked what his favorite part the week had been, Paul’s answer was, “Meeting all the guys.” But in those eight or so minutes Paul spent in front of his locker, the word “fun” came up about a dozen times. There are still plenty of concerns — how will Chauncey Billups settle in as an off guard, whether a lack of frontcourt depth will do them in, just how much Griffin’s game has developed — but the excitement has undoubtedly arrived.