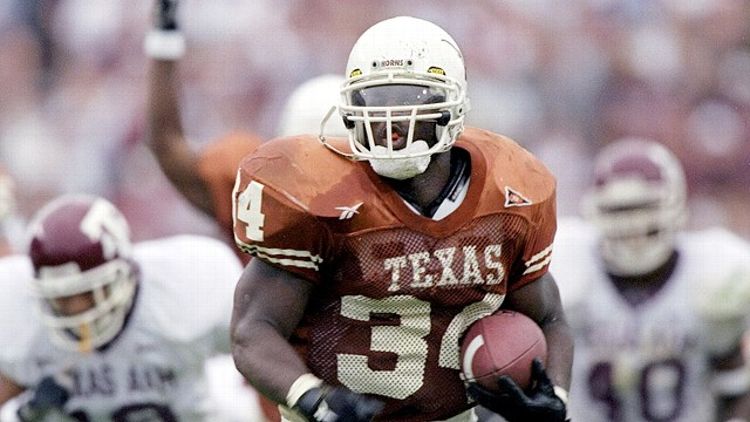 Part of my job here at Grantland is to solve moral dilemmas. For example: Are you a real college football fan? Or are you rooting for Alabama or Michigan in a manner that I might find offensive?

The Sports Guy has already laid out a set of rules for pro-sports fandom. College football deserves the same thing: a guide to picking a school, keeping a school, and, in extremely rare cases, changing schools.

I’m not interested in small-time rules. Like: Can you refer to your college team as “we”? (Yes.) Or: Can you watch a game plastered? (Of course.) Like an NCAA enforcement officer, I’m looking at your eligibility. Anyone can watch College GameDay or buy a T-shirt, but there are only a few circumstances in which you have a bona fide claim to a particular team.

See which one of these quotes describes you:

“I’m a fan of the school I graduated from.”
Perfect. People who didn’t go to big-time football schools don’t get why this is so important. College-football fandom is different from following the pro game. It’s based on a common choice. You chose to go to a certain school and football players chose to go to a certain school, and this builds an important — if tenuous — connection between you and them. For example, I went to the University of Texas. Ricky Williams immediately became my guy. Nothing but thermonuclear war would make me change teams. And even in the thermonuclear scenario, I’d need to answer to some questions — e.g., Is Ricky alive? Is he president? — before shopping around.

“Gee,” someone might say, “you went to Texas, so you got lucky in getting a great team.” No, I went to Texas in order to get lucky. (Wait, that sounded wrong.) A huge part of my college decision was football-based. I knew that the Big 12 would start play my freshman year. I looked at the ’96 schedule and saw a home game against Notre Dame. I picked a dorm that was a few blocks from the stadium entry gate. I could go on. Suffice it to say, fandom was not an accidental byproduct of my college decision. It was pretty much the reason for it.

“I’m a fan of the school I flunked out of.”
Don’t worry. The NCAA football graduation rate is only 69 percent. Your fandom is just fine.

“I’m a fan of a school where I got my graduate degree.”
Hmm. I’m going to need some more information. Like, what happened to your undergraduate school? Your connection with your alma mater can’t just be severed. You can’t get a BA from Purdue and then “upgrade” when you attend Wisconsin Law — or, worse, root for both teams. (If you find yourself in the Boilermaker-in-Madison scenario, maintain your Purdue fandom and try to blend in, like Brad Pitt’s guys pretending to be German in Inglourious Basterds.)

“I’m a fan of the school I wanted to go to, but which grades/money/circumstance kept me from attending.”
This is a tough one. We’re all lucky to go to college at all, much less have some choice in where we go. I’ll grant 1-AA exception here, allowing you to upgrade your fandom to your would-have-been dream school.

If you didn’t go to college at all, then you’re officially an NCAA free agent. You can pick any team. Just make sure you pick the right one. Like an alum, you can’t switch.

“I’m a fan of the school I grew up down the street from.”
Sigh. Growing up near a university isn’t a good reason to root for them beyond high school. For instance, I grew up in Fort Worth near TCU. In 2010, when TCU won the Rose Bowl, I could have played the “I grew up there” card as a sneaky route to backdoor double-fandom. But that wouldn’t have worked for two reasons. One, I would have been cheating on Texas (which was 5-7, but that’s life). Two, the hometown rule would benefit people who grew up in Columbus, Tuscaloosa, Boise, etc. This kind of fandom is both prohibited and despicable.

“I moved to a college town. No one will talk about anything but this school I didn’t attend. I became a fan by default.”
Same as above. Geography isn’t destiny. Unless …

“I’m a professor at this school.”
I think you’re OK. You’re exercising a low-level form of the coach’s exception: Barry Switzer went to the University of Arkansas, but he’s no less a Sooner for it. This is one of the few cases in which I’d accept a straight, D-1-for-D-1 switch. But you need to fully convert to avoid double-fandom.

“My family went to this school.”
This is probably going to be controversial, so let’s talk this out. Let’s say nine generations of your family went to Powerhouse U. There’s a biochemistry lab named for your great-grandfather. You grew up going to every home game. When it came time to pick a college, though, you didn’t go to Powerhouse U. You went somewhere else. But you’d still like Powerhouse to be “your” team.

Wait … why didn’t you go to school there? Were they not accepting applications? I’m betting that you went to a better school, academically speaking.

There’s nothing wrong with that. I’m not just trying to exert reverse snobbery against elite private schools. (I am partly trying to do that.) But think about what you’re trying to pull off here. You’re saying, “The football team was good enough for me but the school wasn’t.” And that’s pretty insulting.

You thought that by going to a great academic school, you could have it all. But you can’t. Now, can you sit with Dad and cheer on Powerhouse U? Of course. Can you buy the new Nike jersey? Sure. But Powerhouse U isn’t your team, and you know it never will be.

“I married into this school.”
So you’ve switched schools based on your husband/wife’s alma mater. Two thoughts:

One, if getting married is a pretext to change your name or your religion, then college football is probably covered. I’d even accept a D-1 switch.

Two, I would never do this.

“My son or daughter attends this school.”
Wait, you’re old enough to have children and read Grantland? I kid, I kid. Let’s look to the future. If you’re paying a school hundreds of thousands of dollars, you can switch your fandom. But renouncing your alma mater is a big deal. I met a guy the other day who had two kids at Texas Tech. When I told him the Red Raiders didn’t look great this season, he said of his kids, “That’s their problem.” The guy had clearly gone the Inglourious Basterds route. Bravo.

“I went to an Ivy.”
Wow. You’re a special case. Not only does your football program leave a lot to be desired (Ryan Fitzpatrick’s 2004 Harvard team excepted), but I’m going to waive the D-2 exception. That’s for hardship cases, which is not you.

My point here is that there are consequences for not considering football in your college decision. Someday, I’ll tell my kids I sat in the lower deck while Ricky Williams trucked an Aggie defensive back, ran 60 yards to the end zone, broke the all-time rushing record, and sealed up the Heisman. You’ll tell your kids you took a class from Alan Dershowitz.

Guess whose kids will ask them to tell the story again?

Filed Under: Bryan Curtis, Notre Dame, Texas, The U, Wisconsin