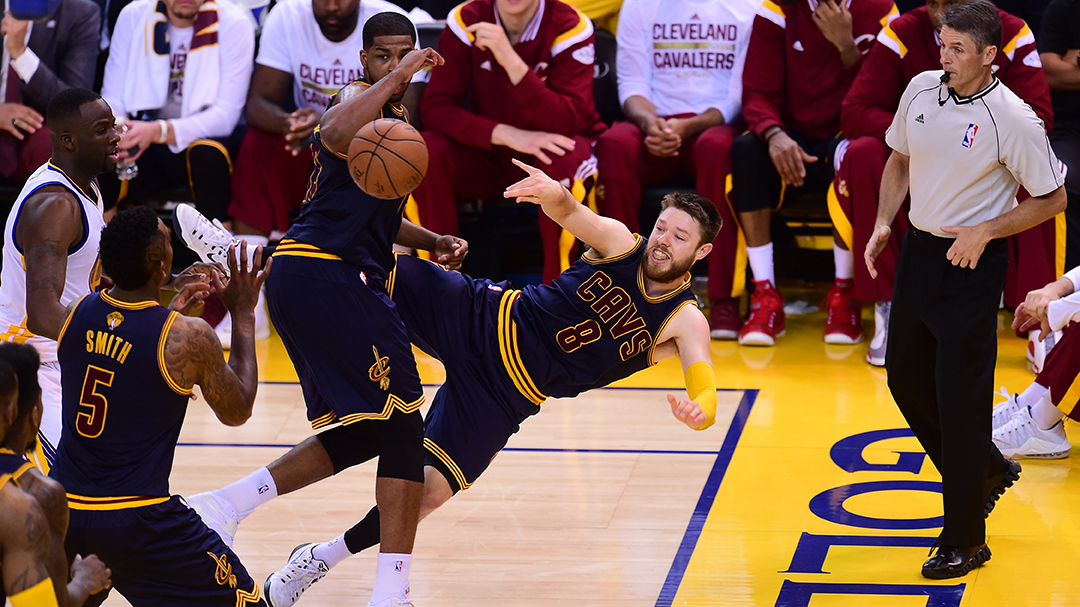 How many times did you hear the word gritty last night?

Say what you want about LeBron, but that was gritty.

In sportswriting, gritty means playing ugly but effective ball in the face of superior talent. Gritty doesn’t necessarily mean winning; it means “making things interesting.” Gritty means Matthew Dellavedova leaping into the paint and getting fouled with 10 seconds left in OT, then calmly stroking two free throws. Actually, that’s about as gritty as a human can possibly get.

When Kyrie Irving grabbed his left knee Thursday night, everyone assumed the Finals were over. Weirdly, grittiness became an end in and of itself. If LeBron could just scratch out a win or two, it would prove what a great player he is …

Game 2 seemed to embody that idea. With 8:45 remaining in the third, Curry was 3-13 from the field and LeBron was throwing up ridiculous numbers … and the game was tied. This was a gritty result, in the sense that the Cavs were playing their asses off and still had a great chance to lose.

But Dellavedova was the face of grittiness. “He’s a courageous kid that plays right,” David Blatt said in his postgame press conference. That “plays right” is important. Grittiness conveys a kind of moral superiority: a sense that you’re trying harder than the other nine guys in the court. (Blatt is also pushing back on the idea that Dellavedova purposely injures his opponents, at which point gritty morphs into dirty.) Klay Thompson, who failed to box out Dellavedova in overtime, said, “I’m going to think about that for a long time … It’s tough. But you got to give him credit. He made big plays.” In other words, Thompson was saying, he was grittier than I was.

If we wanted to, we would write “gritty” on the sneakers of every non-star in the Finals. Draymond Green had two incredibly gritty buckets in overtime, and a gritty foul to the bridge of LeBron’s nose in regulation. Andre Iguodala was gritty in forcing (or fouling) LeBron into several late misses. I’d like to call Timofey Mozgov gritty, but he may be leaving grittiness behind and ascending into uncomplicated, non-gritty stardom.

“It’s the grit squad that we have,” LeBron said after the game. “It’s not cute at all. If you’re looking at us to play sexy, cute basketball, then that’s not us.”

The word is dumb. The word is casually insulting. The word feels wrong now that James and Dellavedova may have plunged a needle filled with adrenaline into the Finals. That may be why, by the end of the game, as LeBron roared with joy, Mike Breen switched to another word: “inspiring.”

Celebrating the Holy Marriage of Hockey and Doughnuts