Celebrating the Holy Marriage of Hockey and Doughnuts 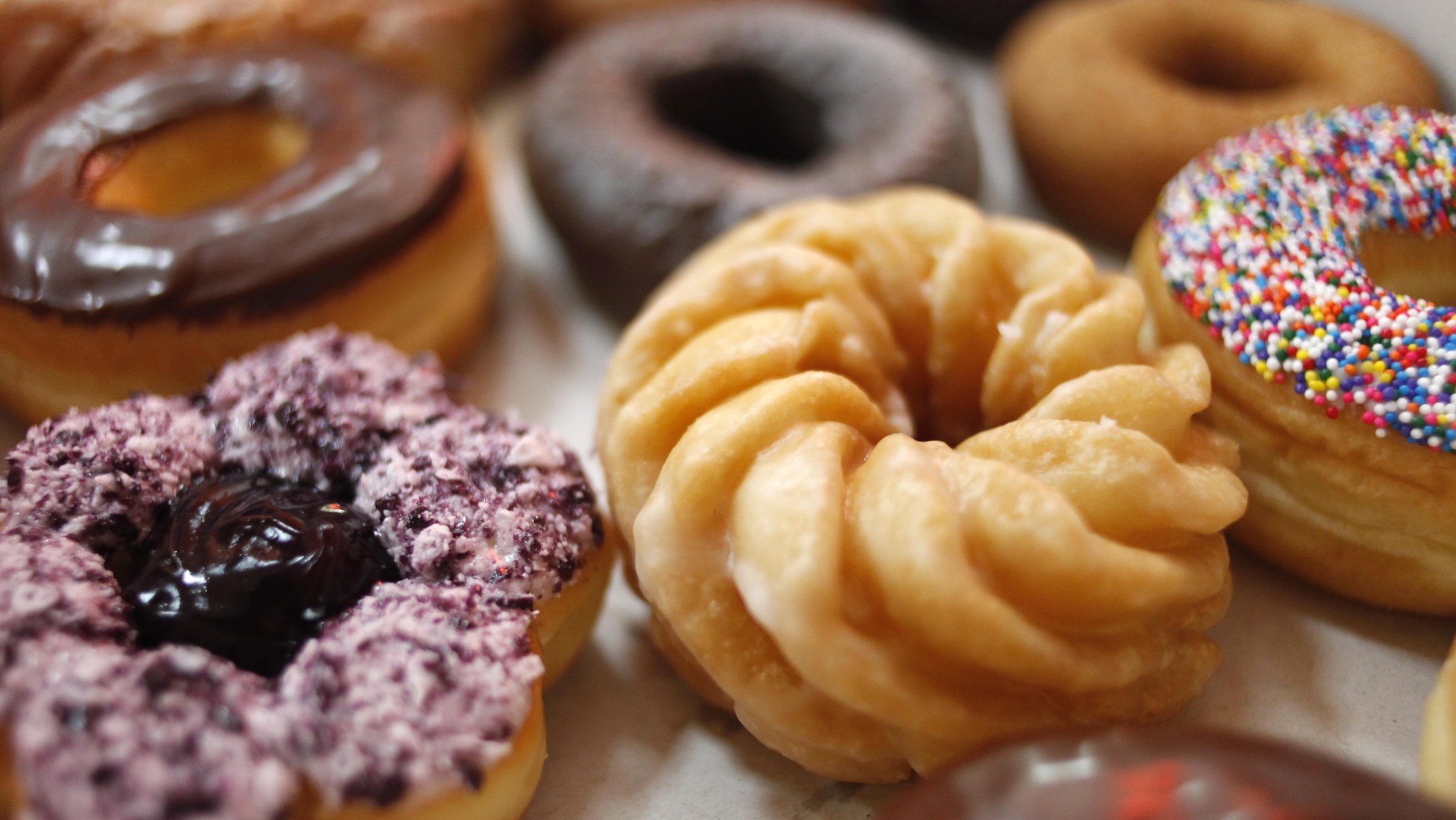 If you’re wondering why there are two off days between Games 1 and 2 of the Stanley Cup final, the rationale is simple. Clearly — and completely understandably — the league didn’t want to steal the spotlight from one of the most important days on the calendar: National Doughnut Day.

Lest you think this is some newfangled celebration of #brands or a scheme cooked up by stealth Instagram lobbyists, National Doughnut Day dates back to 1938 and was created by the Salvation Army as a way to honor World War I veterans. (I like that Wikipedia throws deadpan shade on several competing doughnut holidays immediately before transitioning into a story about a POW camp in North Vietnam.)

You may not know this, but hockey and doughnuts have a long and glorious history. Here’s a countdown of 10 of the most important hockey-doughnut crossovers in this crazy trip we call life.

During the Los Angeles Kings’ run to their second Stanley Cup last season, “Los Angeles institution” Randy’s Donuts turned the “giant iconic donut that sits on the roof of the shop” into a large hockey puck. Ice girls handed out the confection to drivers-by, the Kings won the Cup, and … “the champion L.A. Kings did not stop in Inglewood during their victory parade through the South Bay.” … Oh. If the team never makes the playoffs again, you know what to blame for the curse.

This little spiel about whether the discs of your spine better resemble a jelly doughnut or a hockey puck is best imagined being given by the doctors from either 30 Rock or Silicon Valley.

Inspired by the treats he and his buddy used to get after hockey practice, Princeton graduate and former NHL journeyman Jeff Halpern is expanding his fried-chicken-’n’-doughnut food truck empire with a second physical outpost in Falls Church, Virginia, this summer. The Food Network deems it “pretty awesome,” while one blog commenter calls the offerings “freaking amazing … directly responsible for multiple food comas in my office.”

We’re just going to work the former Boston Bruin and current Harvard men’s coach’s sorta-“doughnut”-sounding last name into this so that we have an excuse to link to this photo of Joe Thornton.

6. Tyler Seguin and Jamie Benn Playing Hockey With a Doughnut Because Bros

Thanks to the fine men at something called Dude Perfect, we are treated to this footage of Tyler Seguin gettin’ dangly with a glazed doughnut. (That is not a euphamism, Cosmo be damned.) Style points for taking a chomp, although that’s also kinda gross.

It wouldn’t be a proper Lake Placid establishment without an important 1980 pun. I hope its offerings include Glazedruzione and Jelly Craig and the head chef is Bill Baker.

Martin Brodeur is the NHL’s all-time leader in doughnuts, recording shutouts in 125 career games. (The next highest, Terry Sawchuk, had 103.) But none of them came in the infamous 2008 Rangers-Devils playoff series in which New York’s Sean Avery was so creatively annoying in front of Brodeur’s net that the NHL was moved to make a rules change in his (dis)honor. The bad blood between the two players continues to this day; when Brodeur called Avery’s short-lived appearance on Dancing With the Stars an embarrassment, Avery unleashed a Twitter tirade that began with calling Brodeur a fatso and concluded with a tweeted photo of a coffee and, yes, doughnut. (Like Avery’s career, the doughnut tweet is sadly no longer with us.)

Of course the biggest fast food chain (née doughnut purveyor) in Canada would be founded and named after a hockey player, the bruising defenseman Miles Gilbert “Tim” Horton. (Not sure how you get Tim from Miles Gilbert, but we’ll go with it.) Horton won four Stanley Cups with the Maple Leafs — that’s how you know it was a long time ago — was a seven-time All-Star, and at one point held the record for consecutive games by a defenseman. He died in a car crash in 1974, and the chain was bought out by his business partner. It is now owned by Burger King, with an assist from Warren Buffett. Recently, a decision by the store to stop running ads for an oilsands shipping company drew ire in “oil-friendly Alberta.” Oh, Canada.

A play off Tim Hortons, Stan Mikita’s Donuts was Wayne’s World’s version of the Max — the cool diner where everything went down, from Wayne’s confrontation with pyscho hosebeast Stacy (are you mental?) to Garth’s Mister Donut Head Man death scene. (The scene features a policeman named Officer Koharski — but more on that in a bit.) Stan Mikita himself made a cameo in the film, but garnered less attention than did the 12-foot likeness of him that rotated atop the eponymous venue. Shortly after the film wrapped, Mikita got a phone call from Richard Dean Anderson, a.k.a. MacGyver, who said he’d seen the giant Stan at Paramount Studios and wished to own it. “I found out later that he brings it outside and plays street hockey with it,” Mikita said.

Wayne’s World’s Officer Koharski was an amazing reference to one of the most widely known officials in hockey lore, a man who was perched smack dab in the jelly center of the hockey-doughnut Venn diagram. Grantland’s Sean McIndoe has already done a perfect job of outlining the outlandish events of May 6, 1988, and thereafter, so we’ll just summarize it here.

But, basically: Embittered New Jersey Devils coach Jim Schoenfeld jostles referee Don Koharski in an arena hallway following a bad Devils loss to the Bruins. Koharski delivers a verbal lifetime suspension. Schoenfeld, now an assistant GM with the Rangers, responds with the magical phrase “ya fell, ya fat pig” and the repeated exhortation, in a gorgeus Canadian accent, to “have another doughnut.” The drama continues with an impromptu referee walkout in the next game; the words “court injunction” and “Lou Lamoriello”; replacement refs that put the NFL’s fiasco to shame; and coaches threateningly wielding sticks.

Schoenfeld later lamented that he “used English” in his passionate remarks — “if I had just said what most coaches would say, cursing, it would have all been deleted and unprintable and we wouldn’t be talking about it today,” he told the Hartford Courant for a 2004 article headlined “This Line Sticks Like Glaze.”

But what would National Doughnut Day be if he hadn’t?! Like Sean, it both upsets me and calms me that this all went down in a land before Twitter. Someone should stage a full-scale reenactment sometime. This year’s playoffs are so lame.

Life, Death, and Winning: Why Only One of Those Matters to People Like Ted Turner