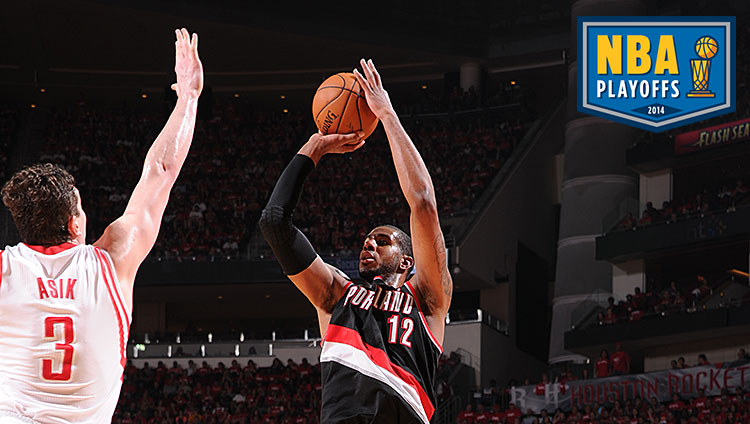 There are two things you should know about LaMarcus Aldridge: (1) He’s an incredible scorer who balances a freakish midrange game with strong interior offense, and (2) he’s playing the best basketball of his life right now. Aldridge is killing the Rockets in Portland’s first-round playoff series. He’s scored more than 40 points in two consecutive games, in Houston, to give the Blazers a surprising 2-0 lead. Aldridge was by far the most active midrange shooter in the league this season, and there’s a bit of poetic justice in his going to Houston and burying the “no-midrange” Rockets with the exact kinds of 17-to-20-foot jumpers that Houston itself has eliminated from its smart-guy offensive diet. In fact, Aldridge has attempted more midrange shots himself this year than the Rockets’ entire team. 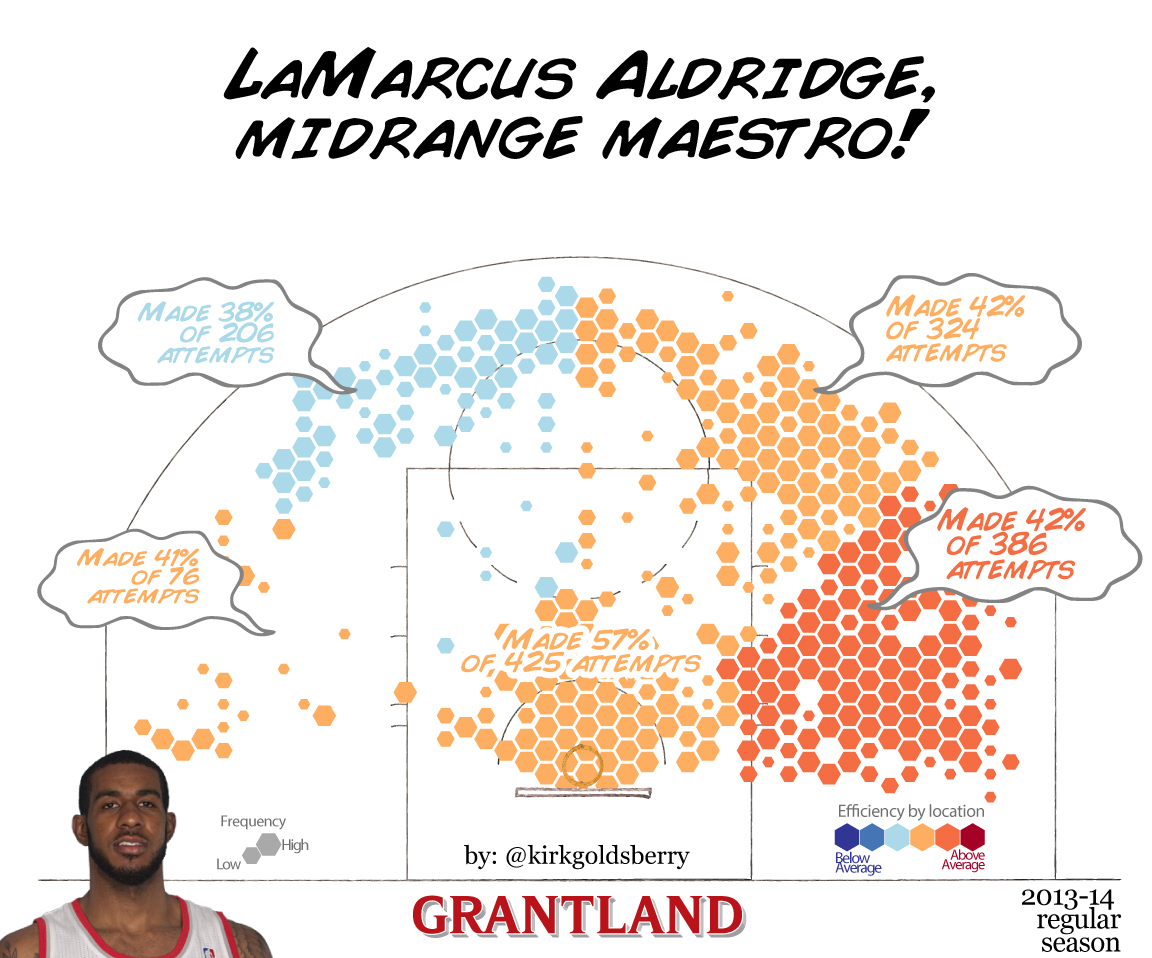 So far in this series, Aldridge is 35-for-59 from the floor, amassing 89 points. Defending him presents a conundrum. If you try to take away his jumper, he’ll beat you in the interior; if you try to take away his interior game, he’ll destroy you in the midrange. If the Blazers go on to win the series, and Aldridge keeps this up, we may have to reconsider the whole “who is the best power forward in the game?” debate. Sorry, Blake. We also might want to take a look at the value of the midrange jumper. Sorry, Daryl.