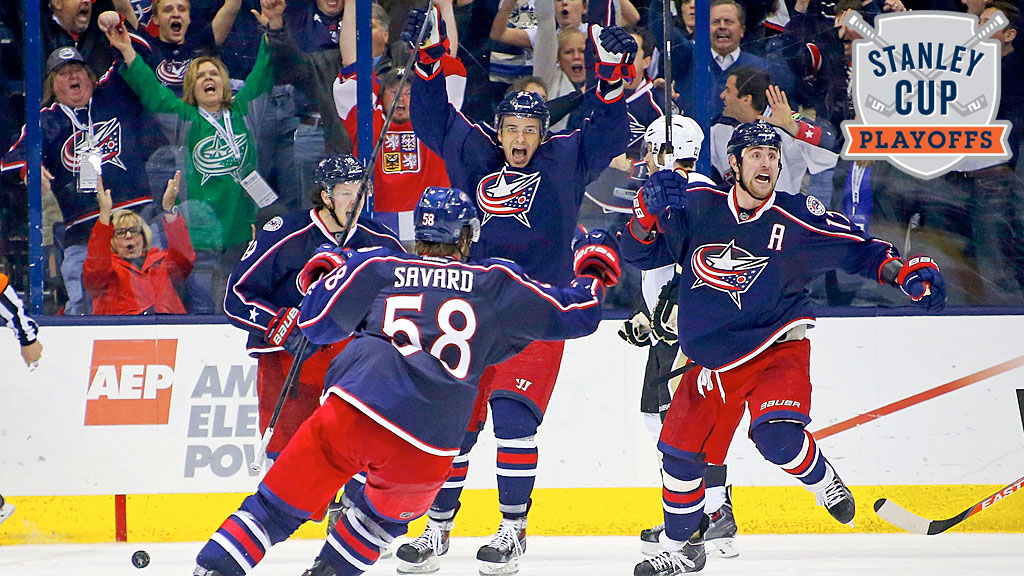 Everyone huddle up, this is important: It’s time to get behind the Columbus Blue Jackets. Seriously, dudes, load the cannon and let’s do this. Here, I’ll walk you through the basics.

Why should I like the Columbus Blue Jackets?
Great question. The Blue Jackets are a stellar underdog choice right now. A first-round series win would mean so much to their fan base, which has waited years to see their team advance in the postseason, and — just on a personal level — I can always get behind a good Midwest success story.

They also have a top-notch social media presence, which is something I feel like we can all support.

Do we hate their opponent?

I mean, you can, if it makes it easier. I do not. But I am an extremely cheerful NHL fan, and I have no room for hate in my heart. Can we not even talk about their opponent? Today is about love and the Blue Jackets and loving the Blue Jackets.

You seriously have nothing mean to say about the Pittsburgh Penguins?
Look, sometimes in life, it’s good to focus on the positives. What can I tell you.

What are the positives for the Columbus Blue Jackets?
They have qualified for and are not yet eliminated from the Stanley Cup playoffs!

Is that a particularly unusual situation for the Columbus Blue Jackets?
Yes!

For real?
For real. So, to catch you up on what’s happened this year, the Penguins took Game 1 on April 16, but then Columbus beat them in Pittsburgh to split the series. It was very exciting!

The Blue Jackets returned to Columbus for Game 3 and lost Monday, but rallied to win in overtime Wednesday, which was extra exciting because it was their first home playoff win. Ever.

Wait, what?
I KNOW, RIGHT? It finally happened! Their Game 2 victory was also the first time they’d won a playoff game. Like, at all. 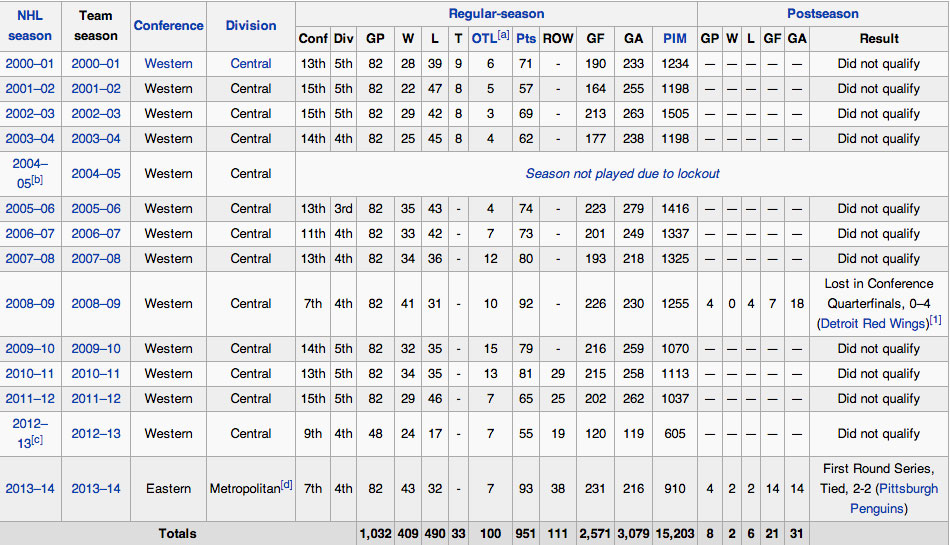 :( But things are looking up now! The series is tied and headed back to Pittsburgh, and the Penguins seem … um … shaky in goal.

Can you recommend some players to watch?
I can! Let’s start with 21-year-old center Ryan Johansen. He seems ace. There’s also Brandon Dubinsky, whose third-period goal forced Wednesday’s overtime, and goalie Sergei Bobrovsky, who is the top cop on the force.

Boone Jenner has my favorite “Ohio-Based Player Who Sounds Like He Could Actually Be an Ohioan” name, even though he is really from Canada. Nick Foligno scored the OT winner Wednesday. Thanks to Reddit, I learned that Matt Calvert has a plastic rat in his dressing room stall, if you’re into terrible pets. (Get a dog, Calvert.) He calls it “Rat.”

I don’t know, actually? Their fans seem fine with it, except when they don’t. Feel free to kindly inform the masses, guys. I think it’s cool. Nicknames are fun.

Do you have a better nickname for the Columbus Blue Jackets?
The Columbus Keep Tryings? Nicknames are also hard.

When can I watch them?
Saturday! Game 5 is in Pittsburgh. It’s a pretty chill day of hockey. You can also catch the Avs and Wild, and Game 5 of Sharks-Kings, if it comes to that. Go #Lumbus! (Or whatever you choose to be called!) We all believe in you!