The Postapocalyptic Lakers Are the NBA’s Most Entertaining Team, and We Have Proof 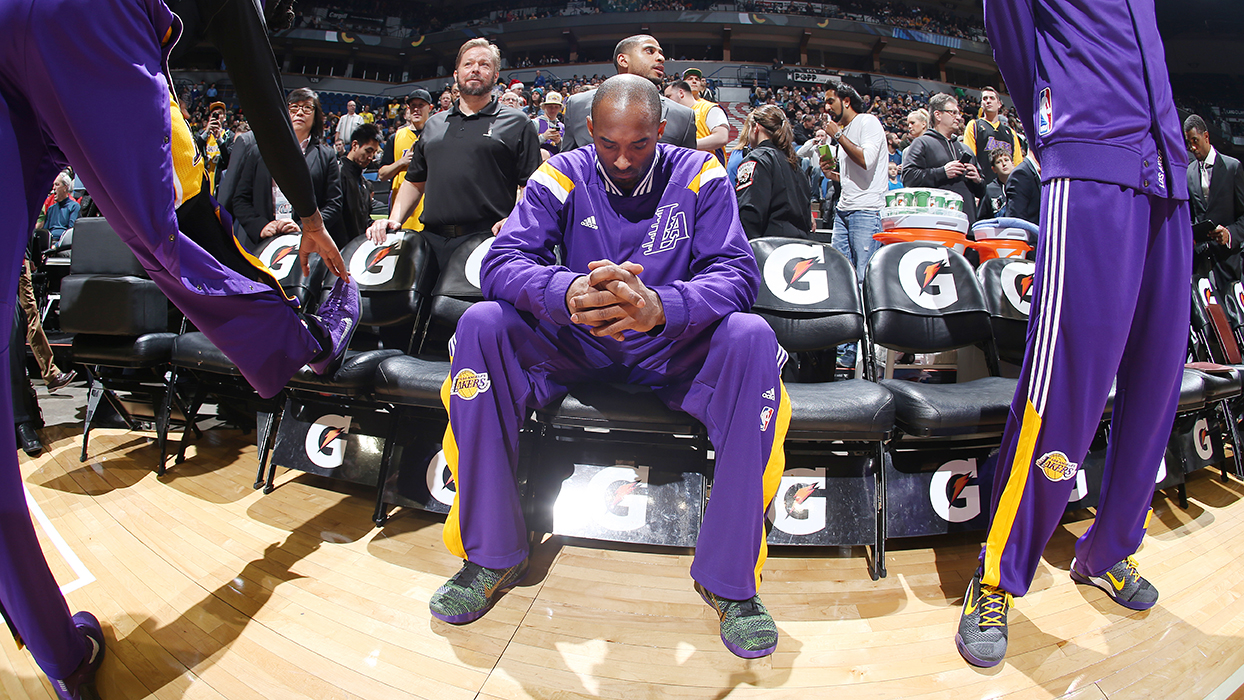 You’re probably thinking, Another Lakers column? Listen, I get it. The Lakers stink and will not be relevant this season. So why do we keep talking about them? It’s a fair question. I keep talking about them because decay is dope as hell. We’re fascinated with decay and collapse, and the Lakers are the most fascinating postapocalyptic team in NBA history.

Astride the smoking wreckage and smoldering confetti stands Kobe Bryant, the last remnant of a simpler, more inefficient age. I keep thinking I should stop writing about Kobe. I keep thinking there are only so many ways to talk about a player who now delivers his signature 25 points, five rebounds, and five assists like some unholy combination of Ricky Roma, Colonel Jessup, and J.K. Simmons from Whiplash. And, anyway, sports is, above all else, entertainment. In that regard, the 2014-15 Lakers are a credit to their industry.

So, point taken: We should be talking about how the Spurs are still Spurs-ing, how good the Warriors and Grizzlies are, how James Harden is putting up MVP numbers. Thing is, no team in the NBA can match the Lakers for drama and I have the number to prove it.

There are, by my count, eight plotlines from this Lakers season that correspond to the archetypal dramatic devices compiled by French writer Georges Polti in his survey of Greek, classical, and 19th-century dramatic works, The Thirty-Six Dramatic Situations.

In sequential order, those situations are:

Description: “Fear, catastrophe, the unforeseen; a great reversal of roles; the powerful are overthrown, the weak exalted.”

Examples: The Lakers are surely going to miss the playoffs for the second consecutive year. It’s the first time that has happened since 1976. … The Warriors, the once-demeaned cross-hallway Clippers, and, bah gawd, even the Kings all stand above the formerly lofty Lakers. … The official Lakers response to the ESPN The Magazine story that free agents don’t want to play with Kobe saw Jeanie Buss calling various free agents “losers.”

Situation no. 7: Falling Prey to Cruelty or Misfortune, Variation B: “The Innocent Despoiled by Those Who Should Protect.”

Description: “To infinite sorrow there is no limit.”

Example: Kobe telling Jeremy Lin to “get the fuck out of my way” during a timeout and Lin reacting by making a pained face best described by Chris Ryan as “when you’re a kid and someone else’s parents yell at you.”

Situation no. 8: Revolt, Variation B1: “Revolt of One Individual Who Influences and Involves Others.”

Examples: Swaggy P (the revolutionary), who missed the beginning of the season after tearing a ligament in his hand trying to defend Kobe (the tyrant), telling Kobe, “Nobody in the world can guard me one on one.” At the same practice, Young took Lin and Jordan Clarkson under his swagnacious velveteen wings and advised them to stand up to Kobe after Bryant compared them to toilet paper. … Swaggy’s entire postgame interview after scoring 29 points off the bench against the Spurs, including an absurdly remorseless 30-foot leaning 3-pointer over the outstretched arms of Manu Ginobili for the win. Quite simply, this interview must be inscribed on a platinum tablet, placed in a time capsule, and launched into outer space as a representation of human achievement.

Best lines from Swaggy’s interview, which is basically every line in the interview.

• On telling Kobe that no one in the world can guard him: “Like I’ve been saying, it’s hard to guard, you know, someone like myself.”

• On why he doesn’t like Charmin Ultra Soft toilet paper: “It breaks and it’s too soft in your hands.”

• On Guns N’ Roses, as it relates to team hierarchy: “I kinda play like Slash. It’s Slash, right? … I don’t wanna be Axl Rose, the head dude. I’m in the back playing the guitar, you know. But he’s kinda known cuz he do wild stuff so that’s like me.”

• On taking the game-winning shot while Kobe (22 points, nine assists on 7-of-22 shooting in 40 minutes) was on the floor: “You know, let him have a day off. I say, ‘Take a break, little man, you kinda tired.’ He was playing point guard, he was huffing and puffing. I’m like, ‘I got this, brother.’ Then Wayne [Ellington] came up and said, ‘Take the shot, man. He’s kinda tired.’ … I’m glad I got a chance to hit a game winner with, you know, somebody like Kobe on the floor, that normally has the ball in his hands. All the time.”

• On how his game winner relates to the 1997 basketball comedy The Sixth Man starring Marlon Wayans and Kadeem Hardison: “I had an epiphany. It was like The Sixth Man. I had this bright light shining on me, I just felt like the glow was on me. It was crazy.”

• On his new nickname: “Once it left my hands, I kinda knew it was cash. I’m like, I don’t miss. That’s my new name, IDM … You feeeeeeeeeel me.”

Situation no. 13: Enmity of Kinsmen

Description: “Hatred of one who should be loved.”

It sounds as if Jeanie has a difference of opinion on who should have been hired as coach.

Jim: I’ve been on record as saying [hiring D’Antoni] was my dad’s decision. I know that makes Jeanie uncomfortable, but I’d sit down with him for hours going over Laker decisions. In my opinion, he was sharp.

Jeanie: [Interrupts] Dad was in the hospital. I would always run things by Dad too. But he was in the hospital, not feeling well, and that is why he counted on us to make the decisions. So I agree that he would have input, but he needed my suggestion or Jimmy’s suggestion or [GM Mitch Kupchak’s] suggestion because he was confined and did not have access to all the information that we did.

Jeanie wrote that it felt like she was being stabbed in the back by the way the situation with Phil Jackson was handled. Jim, how did that make you feel?

Jeanie: [Pressing her hands on the table] Can we not talk about feelings? I’m biased because I think Phil is wonderful. That’s why I’m marrying him. You probably think your husband is great too. It’s OK for me to be biased. It’s OK for me to be disappointed. If it was a source of conflict between me and my brother, it’s gone now.

Jim: It hurts me every day how this all went. I’ve apologized to Jeanie.

Situation no. 16: Madness, Variation A1: “Kinsmen Slain in Madness.”

Description: “The origin of certain human actions lies hidden in fearful mystery; a mystery wherein the ancients believed they discerned the cruel smile of a god.” 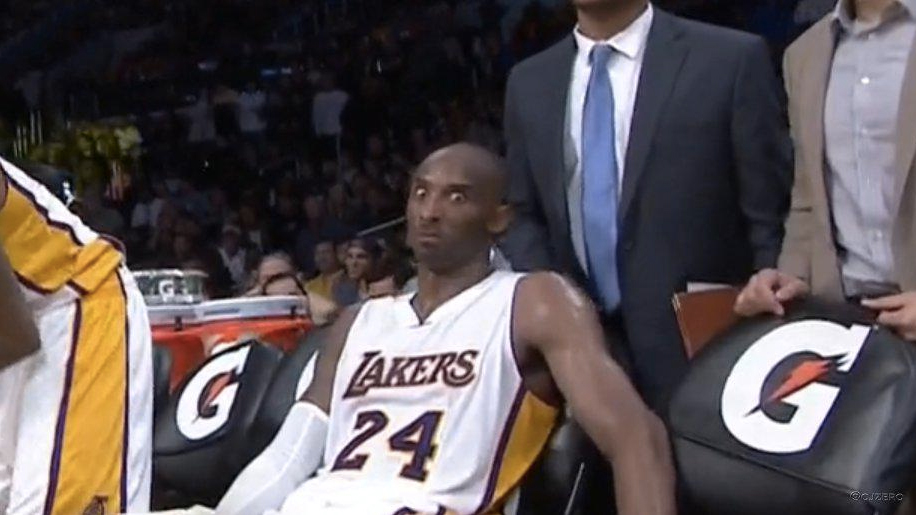 Situation no. 20: Self-Sacrifice for an Ideal, Variation A4: “Life Sacrificed for the Sake of One’s Faith.”

Example: Byron Scott saying about 3-pointers, “I don’t believe it wins championships. [It] gets you to the playoffs.”

Situation no. 24: Rivalry of Superior and Inferior, Variation A1: “Rivalry of a Mortal and an Immortal.” (Not to be confused with Situation no. 31: Conflict With a God.)

• Kobe yelling, “I thought we’re supposed to practice to get better, Mitch. These motherfuckers ain’t doing shit for me,” at GM Mitch Kupchak, referencing his self-described toilet paper teammates.

• Kobe responding to Young tearing a ligament in his thumb while trying to steal the ball from Bryant with, “He’s gotta move his feet on defense.”

• Kobe molding his game after Jordan and passing him on the all-time points list.1

Description: A culprit wrongs a victim and feels bad about it.

Example: After the win over the Spurs, a self-aware Kobe acknowledged that his practice tirade even makes him uncomfortable. “It’s not something I’m particularly proud of, it’s just how I compete. That’s just the way I know how to challenge my guys.”

'Jalen and Jacoby': Kobe at Practice, Drake and Diddy, and the Knicks Drama