The New Michus: Premier League Strikers That Could Make Noise Outside the Top Four 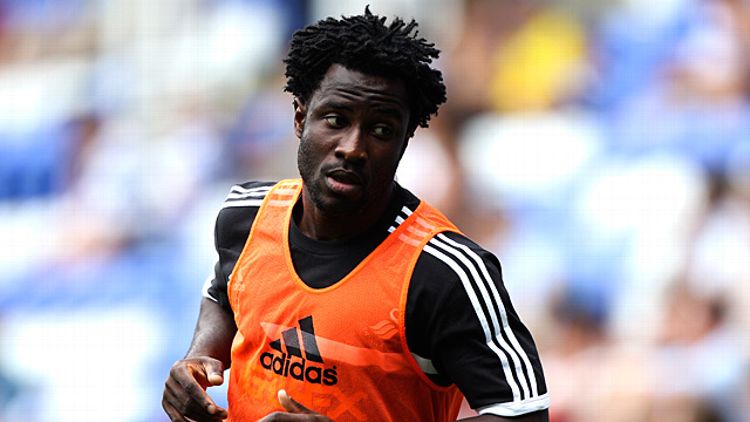 Did you know that the English Premier League actually has 20 teams in it? It’s hard to remember sometimes. Especially this summer, with the never-ending stories of Gareth Bale, Luis Suarez, and Wayne Rooney taking up most of the world’s collective soccer attention span. But, it’s true. There are other teams, and sometimes those other teams do interesting things. Like last year, Swansea brought over unheralded Spanish midfielder Michu for just less than $3.5 million and repositioned him at forward. Michu only went on to score 18 goals and carry Swansea to a League Cup victory and top-half finish. Sometimes fun things happen outside the top four. So, if you can bear to stop breathlessly waiting for the next shoe to drop, here are four strikers who probably won’t impact the race for a league title, but could play a big role nonetheless for the clubs that signed them.

After discovering Michu last summer, Swansea went for a somewhat bigger ticket item this year. The Swans paid a club-record fee of almost $19 million to bring in the 24-year-old from Vitesse Arnhem in the Netherlands. Bony was a goal-scoring machine in the Eredivisie, leading the league last season with 31 goals. After factoring out the four that were from penalty shots, that leaves him with a goals per 90 minutes average of 0.91 for the season (the numbers are thanks to a mishmash of data from whoscored.com and transfermarkt.co.uk). Last year in the Premier League, Daniel Sturridge had the best goals per 90 minute tally with 0.68. Statistics don’t generally translate precisely from one league to another, especially when there are talent gaps, and the Premier League is certainly a better league than the Eredivisie. Also, they score a bit more in the Netherlands, with games averaging 3.15 goals last season, as opposed to 2.8 in England. But 31 goals from a 24-year-old is still 31 goals from a 24-year-old.

Bony will have to adjust not only to the strong competition of the Premier League, but to his new teammates as well. We’ll have to see how well he and Michu will work together at the top of Swansea’s attack, since last season both of them were unquestionably the focal points of their offenses. Bony scored 46 percent of Vitesse Arnhem’s goals last season and Michu scored 38 percent of Swansea’s. Those are two players accustomed to carrying a huge load on their shoulders learning to coexist. Still, that’s a better problem for Swansea to have than the lack of firepower behind Michu that it was forced to deal with last season.

Altidore also plied his trade in the Netherlands last season before Sunderland plucked him up for a little more than $13 million. Altidore has alternated between being a source of pride and angst for American soccer fans for so long that it’s easy to forget that he’s still only 23 years old and entering what should be the prime of his career. And while his time in Europe got off to a rocky start, his last two seasons in the Netherlands were very strong. He posted a non-penalty goals per 90 minutes of 0.69 last season and 0.68 the season before that.

It’s possible that Altidore won’t be starting right away. Before he got hurt last season, Sunderland’s Steven Fletcher was one of the more ruthlessly efficient finishers in the Premier League. He didn’t have a lot of opportunities because Sunderland was god-awful, but when he got them he finished 20 percent of the time, the third-best clip in the league. His knee injury is what put Sunderland into the relegation battle and reduced its offensive game plan to “earn a set piece and hope for a double deflection.” Sunderland is coached by a certifiably crazy person in Paolo Di Canio and has had a tremendous amount of roster turnover this summer, with Altidore being one of 10 new faces to arrive at the club (albeit the most expensive one). All of which is to say, Sunderland was and is a mess, and while the Premier League is the next logical step for his career, it’s by no means a certainty that Altidore will succeed. He already has a disastrous 2009-10 campaign with Hull under his belt; who knows how many chances Altidore will get.

His name is awesome. This cannot be ignored, and will probably get him 15 percent more coverage during the season than he deserves. Norwich bought the 24-year-old from Sporting Lisbon for exactly the same price that Sunderland spent on Altidore, which makes for an interesting comparison. While Altidore put up better numbers over the last two seasons, van Wolfswinkel’s 0.47 non-penalty goals per 90 minutes last season and his 0.42 in 2011-12 came in Portugal, which is a stronger league, at least according to the UEFA coefficient. Also, the Wolf is a very good example of why it’s better to use non-penalty goals per 90 minutes to judge a player; otherwise his five goals from the penalty spot would make his first year seem more impressive than it actually was.

While his résumé might be the thinnest, he is likely to get the biggest chance to succeed of any player on this list. The fact is, Norwich was dire last year offensively. Chris Hughton’s team scored 41 goals, the third-fewest in the league, and its 413 chances were second from the bottom. But that doesn’t tell the full story. The bigger problem was that it just couldn’t create good scoring opportunities. The best way to score is to take a non-headed shot from inside the penalty area. Only 29.8 percent of Norwich’s shots qualify, by far the worst in the league. Reading and QPR were the closest to the bottom at 34.5 percent and 34.6 percent, respectively, and they got relegated for their trouble. The league average was 41.2 percent. Norwich is desperately in need of somebody who can finish in the box. The Wolf (god I hope he’s good enough to actually earn that nickname) showed those skills at Lisbon and he’s going to get every opportunity to do the same for Norwich.

Aspas cost Liverpool between $10 million and $11 million, in a deal that feels like it will either be a real bargain or a real waste of money, with not a lot of room in the middle. Unlike the first three players on the list, Aspas isn’t a pure goal scorer. While he can play up front, he can also play on the wing, and his ability to distribute is as big a part of his appeal as his ability to score. Despite being 26, Aspas has only played a single season in a topflight league — last year in La Liga with Celta Vigo. He posted a 0.29 non-penalty goals per 90 minutes, which isn’t that good, especially for a player with more than 100 attempts, but it’s arguably excusable if it comes with real playmaking skills. Arsenal’s Santi Cazorla, for example, scored at a 0.31 rate with 115 attempts.

Judging Aspas’s creativity is trickier. He created 76 chances, more than double everybody else on his team except left winger Michael Krohn-Dehli. But at the same time, Celta Vigo was a very poor offensive team, tied for second-to-last in La Liga in goals scored. So, maybe Aspas is a creative spark plug, held back by subpar teammates, forced to shoot more to make up for their inadequacies. If that’s the case, Liverpool could have unearthed a gem. But, it’s also possible he’s just an inefficient offensive player, one whose passing numbers get artificially inflated by the amount of attention defenders rightly devote to him. All of which should sound familiar to Liverpool fans used to watching Luis Suarez. After two years it’s still not clear which of those definitions fits him. In that way Aspas makes a suitable Suarez replacement should Suarez get his desired move out of Merseyside; but if he doesn’t go, Aspas will have more time to develop in a limited role. That’s probably a good thing.

So that’s four forwards, all who could have a major impact on their teams’ fortunes this season. Bony is probably the most seasoned of the bunch, and the safest bet to put the ball in the net, while Aspas might have the highest ceiling as a prospect, which is ironic since he’s the oldest. Van Wolfswinkel, who might have the most to prove, will probably get the opportunity to do so, and much of Altidore’s fate in his second stint in the Premier League is out of his hands. And now that that’s out of the way, you can go back to compulsively checking on Bale, Rooney, and Suarez again.