The NCAA and the Mess in Indiana 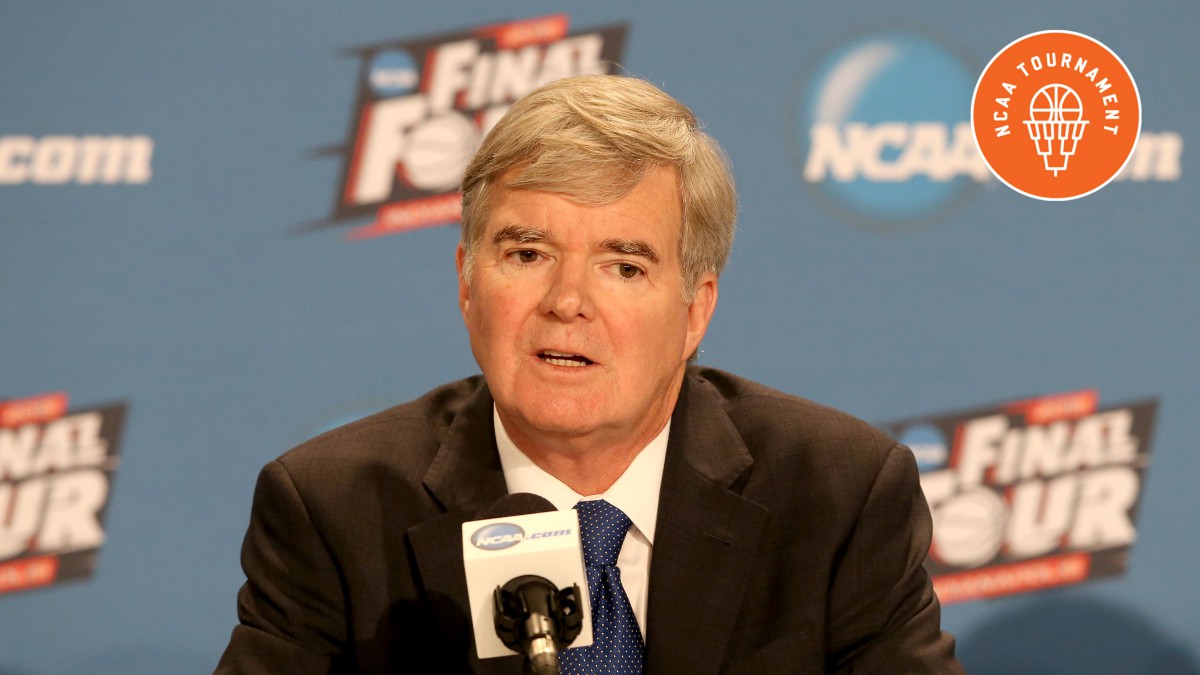 I have to admit it: NCAA president Mark Emmert did a lot better on Thursday afternoon than he did the last time I saw him. Then, it was in a courtroom in Oakland, and Emmert was testifying in O’Bannon v. NCAA. He was under cross-examination in a case that called into question the very reason for the NCAA’s existence, and the judge was looking at him like he had two heads. Emmert’s side lost that case, of course. It was only part of a parade of horribles that descended on Emmert and his operation over the past couple of years. The existing paradigm of the business of college sports is still crumbling, and there’s still little to nothing that Emmert can do about it — but he’s found an issue on which he can be sensible and damned near credible. Indiana Governor Mike Pence handed it to him.

At about the same time Emmert’s press conference began Thursday, the Indiana Legislature was voting to pass a “fix” of the state’s now rather-infamous Religious Freedom Restoration Act, signed by Pence in a private ceremony a week or so before the Final Four came to town, thereby guaranteeing that the enactment of the law would take place in the eyes of much of the country.

“I talked to the governor, the speaker of the house, worked with the mayor, business leaders here in town,” Emmert said. “We made very clear that we wanted this resolved as quickly as possible. This bill is more important than a basketball tournament. This is a bill that establishes the legal environment for people in the state of Indiana. Are we happy that this debate is occurring during the middle of Final Four week? Of course not. It would have been a lot easier to have the debate some other day.”

All the Grantland coverage of the 2015 NCAA tournament, right here.
That debate included a remarkable alliance, beginning with a very strong statement of criticism by Emmert. Not only has Pence found himself ceding the moral high ground on an issue to the NCAA, but also to NASCAR and Walmart. These are not easy things to do, but Pence accomplished it, as well as ensuring that this year’s Final Four would be played in a unique and bizarre context no matter what the ultimate fate of the law was. So the legislature met and Emmert talked to the press, and Pence signed the “fix,” which doesn’t really “fix” the law’s potential to allow discrimination against the Indiana LGBT community, because it has no real teeth in places where there are no existing civil-rights protections. (Indianapolis has its own anti-discrimination law that would cover its LGBT citizens.) It is little more than a step back from the brink. The local oligarchs pronounced themselves as satisfied, so the legislature’s action will probably get the city, the state, the Final Four, and Emmert through the weekend without any further demands on their collective conscience. And everyone can go back to guffawing at the scene at the airport on Wednesday morning, when a battalion of limo drivers was waiting at the bottom of the escalators to greet the people whose job it is to uphold the amateur ideal.

Up in the Indiana Statehouse, there are busts of famous Indiana politicians. One of them is a man named Stephen Neal who was a member of the state legislature in the middle of the 19th century — just as Indiana was sending more than 25,000 of its citizens off to die in the Civil War. At the end of the war, Neal allegedly helped write the 14th Amendment to the U.S. Constitution, which guarantees all American citizens equal protection of the law. Not far from Neal’s bust, former Indianapolis mayor Bart Peterson, now an executive with Eli Lilly and Company, explained how the business community had allied itself with the NCAA to oppose RFRA. Corporate America and the NCAA have been natural allies for decades. That’s why you can’t bring a soda into the arena at the Final Four without an NCAA cup, and why the NCAA’s corporate partners get thanked so incessantly throughout Final Four weekend.

“I think this is a pretty significant advance for the state of Indiana,” Peterson said about the clarifying language that was added to RFRA. “Now, it’s not the same as what one might say is ‘going all the way,’ which is to amend the Indiana civil rights act to put sexual orientation and gender identity as protected classes, but this is a major step forward for the state of Indiana, and I think it’s a precursor to getting there. It’s hard to say what the impact of the Final Four was, because there were so many other accelerants, but I’d have to say that the Final Four was one of them.”

“I’m sure the Final Four was a factor,” said Jane Henegar, the executive director of the Indiana branch of the American Civil Liberties Union. “We all know that the movement for civil rights for LGBT citizens has been gaining ground at a rate of speed I’d never seen before on other social issues. This is a way for us to see that if we push hard enough, we can make real progress.”

For his part, Emmert agreed. Both he and Henegar are encouraged that resistance to LGBT rights is breaking down all over the country among the people who are roughly the same age as the athletes who will be competing here. “What we have seen in the last couple of weeks in Arkansas and in Georgia, states that are doing the same thing. They stopped at the last moment,” Emmert said. “I suspect, but I don’t know, that it was informed by what they were watching in Indiana.”

Emmert was asked if he would “encourage” the state legislature to go even further than it did by acting to make sexual orientation and gender identity criteria for inclusion as a “protected class” under existing law.

“I hope it’s something we talk about in the meetings at the end of the month with the rest of our governing boards,” he said. “This is my own opinion. I personally hope they do that. I think it would be appropriate. It’s consistent with the values of our office and our staff.”

Neither Emmert nor the NCAA is out of the woods on these issues yet. Next year’s women’s Final Four is scheduled to be played in Indianapolis. If the fix doesn’t hold, or if progress on these issues doesn’t continue, this problem certainly will come up again. There are two men’s Final Fours coming up in Texas, another one each in Arizona and Georgia, and it is scheduled to return to Indianapolis in 2021, by which time everybody hopes that the “Crossroads of America” will have regained a modicum of common sense. The state legislatures in Michigan and North Carolina are considering laws similar to the one that has roiled up Indiana, and being pushed by all the same forces, which means that half of this Final Four is made up of teams that may face the same consequences that Indianapolis has throughout their regular seasons. And, while Emmert refused to speculate on what specific steps the NCAA might take if Indiana does not make a change, he made a point of reminding the state government that it gave the NCAA a carload of tax breaks to entice the organization to relocate its headquarters here, and that the move has been worth a few hundred million dollars to the local economy.

“The issue here was one that was, first of all, near and dear to us because we have 500 employees in this state,” Emmert said. “We run the enterprise from here. We have to attract a diverse workforce, we have to have a workforce that is attractive to all walks of life. We have a particularly young staff. These issues for young people are very, very different than they are for old codgers like me.”

It has been an interesting week, if a disorienting one. The unholy marriage of corporate money and “amateur” sports, which has made everybody rich except the people who do the actual work, actually produced something worthwhile and, hell, damned near noble. And, now, if you’ll excuse me, I think I need to lie down.