The Huddle: The Broncos O-Line, Sprinting Receivers, and Post-Bane Pittsburgh 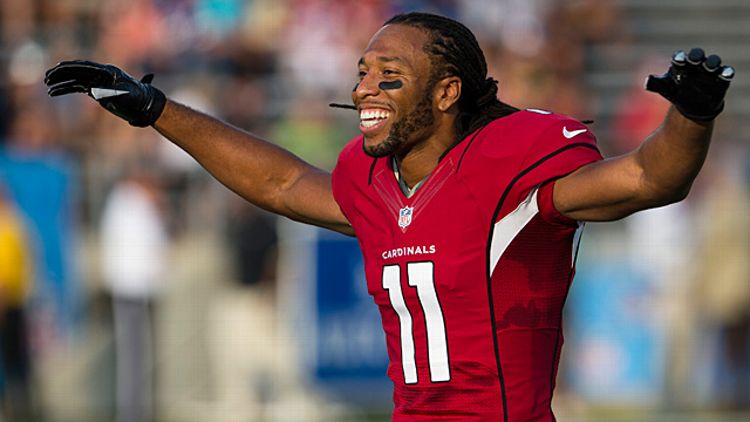 Usually, when your football team has a Hall of Fame quarterback coming off multiple procedures to fuse parts of his neck together, it’s best to have everything sure’d up along that offensive line. More than anything, continuity is the key to offensive line play, and Denver had the benefit last season of a unit that remained intact for all 16 games. That and the need to keep Peyton Manning on his feet are what make today’s news of right guard Chris Kuper’s broken arm troubling. No one makes his offensive line look better in pass protection than Manning, but no team wants to start the shuffle up front in mid-August. Manny Ramirez is listed as Kuper’s backup, and the last time we saw him — in spring training with the A’s — it looked like he’d lost a step. How the Broncos deal with Kuper going down will go a long way. Because, ya know, parts of his neck fused together.

2. A bright spot in Pittsburgh

For most of this summer, it felt like Bane was in charge of football in Pittsburgh. Mike Wallace seemed committed to his holdout. Ben Roethlisberger had a slight tear in his rotator cuff. And Antonio Brown and Ike Taylor were a bit too inspired by Olympic boxing.

Well, it sounds like Brown and Taylor made up over breakfast (I know most of my morning-after reconciliations have come with breakfast burritos), and the news today is that Mike Wallace will be back with the team for Week 1. With Rashard Mendenhall on the PUP and Isaac Redman still a bit of a question mark, Roethlisberger will need every receiving outlet the Steelers can put together. Wallace gives Pittsburgh an offensive element that few teams in the league have, and combined with the expectations for Brown after a big 2011, they make up most of the Steelers offense.

3. The latest track to football leap

Jeff Demps, formerly of the Florida Gators football team, and more recently, the silver-medal 4×100 Olympic relay team, has apparently figured out that the Olympics take place every four years. The do-everything back and kick-return specialist has reportedly signed with an agent and is set to pursue a career in the NFL.

Demps is the latest in the line of track stars who’ve made the jump to the NFL — Willie Gault is the one that comes to mind — and it should be interesting to see what team is willing to give him a shot, and in what capacity. Two years ago, the idea of using Demps as a kick returner would be a given, but with the change in kickoff rules, the value of the position has never been lower. Still, with the increased need for space players on offense, it’d be a surprise to not see him catch on somewhere.

With the quarterback situation in Arizona, no one would blame Larry Fitzgerald if he were longing for happier times. Yet when asked by Jim Corbett of USA Today whether he considered what life would be like had Kurt Warner not retired, Fitzgerald said he doesn’t. “I try not to let my mind go there,” he said. “It’s like laying in bed with your wife, thinking about an old girlfriend. It’s not fair.'”

It’s strange to think of Larry Fitzgerald’s career as a disappointment, because in most ways it’s not. As Corbett notes, Fitzgerald is poised to be the youngest player in NFL history to reach 700 receptions. He and the Johnsons comprise the most talented trio of wide receivers in football. Still, even at age 29, it’s already starting to feel like Fitzgerald will be a case of what might’ve been, and by no fault of his own. It’s John Navarre’s. And Richard Bartel’s. Or any of the other unremarkable quarterbacks that Corbett lists. Fitzgerald managed 80 catches by way of the Kevin Kolb–John Skelton combo last season, the lowest per-game average since his rookie season. It’s a career that will likely end in Canton, but for players like Fitzgerald, even the Hall of Fame doesn’t seem like enough. It may not be fair for him to think of better days, but neither is the possibility that an all-timer may never get the chance to show it.