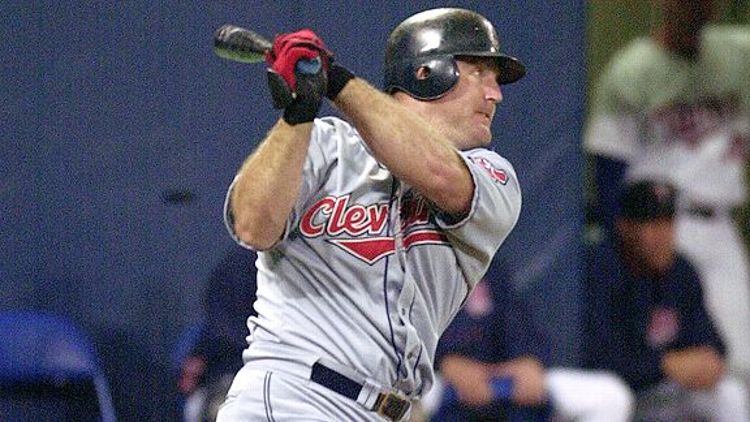 Cleveland once wanted to build a statue of Jim Thome to entice to him to stay with the Indians. A statue! And to the team where he had spent 12 seasons, the slugger said no dice. Thome turned down a generous contract offer and the chance to stare at a bronze incarnation of himself, and went off to find success elsewhere. Oh, fickle love! This was the man, after all, who once said his Indians jersey would have to be ripped off his body for him to go anywhere else. And then there he was, hand-in-hand with Philadelphia.

While Thome had casual relationships with other teams, and hit his 600th home run with the Minnesota Twins, the deal was never sealed. Everywhere he went, he seemed to just miss a chance at the World Series. The Phillies won it a few years after he left. The White Sox won it before he arrived.

But now it’s Cleveland and Thome, together again. On Friday night, he is expected to be back in an Indians uniform when Cleveland faces Kansas City. It’s a home game for the Indians.

You’d have to have the heart of … well, a statue to not appreciate the poetry of Thome’s returning to Cleveland (not in the least of it coming from all the “thomecoming” puns). The 40-year-old will probably finish his Hall of Fame career with the team that drafted him, where he hit 334 homers between 1991 and 2002, including 52 in the season before he eloped with the Phillies.

But if the Indians think this reunion gives them a prayer for the playoffs, they’ve probably got more heartbreak coming. I admit, as a Detroit Tigers fan, I’m biased. But I’m also biased toward reason. Going into Friday’s game, the Indians were 6.5 games behind in the American League Central, and were swept by the first-place team (that would be the Tigers) last weekend. They’ve flirted with the top of the division, but they’re now below .500. Sure, Thome will give them more power, and he’s arriving as Travis Hafner copes with a serious foot injury. But while the trade gives Thome’s career a sweeter script, he’s returned too late.

The real impact of Thome’s coming home? Besides the weird rhymes I can’t stop making? Cleveland hearts are exulting. They have new reason to cheer, and to pack Progressive Field, and maybe even build that statue. At this point in the Indians season, maybe that’s enough. Well, that … and Thome’s return to the local TV commercial circuit. Because that won’t ever stop being awesome.