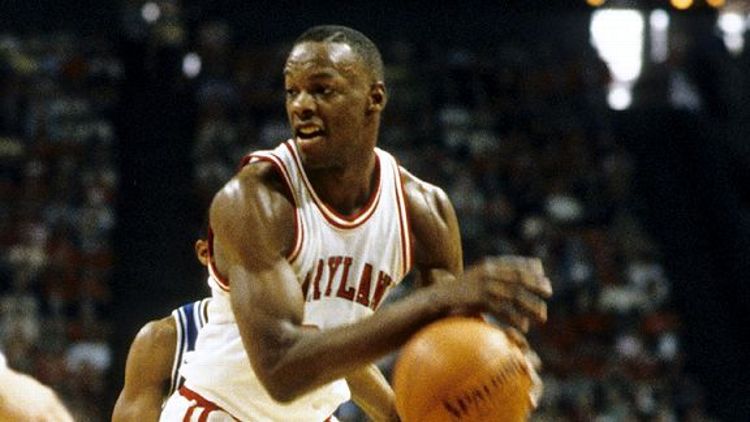 Twenty-five years ago, at the spiritual zenith of the 1980s, a group of college students gathered in a Maryland dormitory for an impromptu celebration, replete with cognac, malt liquor, and high-grade pharmaceuticals. Most of us know how the night ended; we’ve heard the story so many times that it’s become hopelessly entangled with the mythology of the era in which it took place. We know that the death of Len Bias altered the future of the University of Maryland, and that it altered the trajectory of the Boston Celtics, and we have been told that the NBA as we know it may have been completely different if Bias had chosen to abstain that night, if he’d acknowledged his own vulnerability before leaning forward to take one last hit of cocaine through a soda straw from McDonald’s.

It took some time, but those institutions have recovered: The Celtics finally won another championship, and Gary Williams, the coach who rebuilt Maryland in the wake of Lefty Driesell’s hasty departure, just retired with a national championship and a Hall of Fame résumé. It would be nice to imagine that the repercussions of that evening have long since faded into the past, if not for the thousands of low-level drug offenders who were essentially imprisoned in the name of Len Bias.

There are two major misconceptions about Bias’ death that have carried forth into the 21st century: One is that he was doing cocaine for the first time. We know now that this was probably not the case. The other is that Bias was smoking crack cocaine that night. We know now that this was almost certainly not the case, and yet in the wake of Bias’ death, Congress passed the Anti-Drug Abuse Act of 1986, which decreed that the possession or sale of one one-hundredth of an amount of crack cocaine as compared to powder cocaine (say, five grams versus five hundred grams) would trigger the same mandatory minimum sentence.

In August, 2010, a bipartisan Congressional vote finally altered that law, lowering the mandatory minimums to 18-to-1. But it did not address the idea of retroactively reducing the sentences of those already incarcerated. And given that we now know that crack and powder cocaine are pharmacologically identical — and given that most international drug traffickers deal exclusively in powder cocaine, and that African Americans account for 82 percent of federal crack offenses, and that our prisons continue to be overcrowded — there is the question of why there should be a disparity at all.

“That rhetoric of the ’80s is still very much alive,” says Kara Gotsch, director of advocacy for the Sentencing Project, which has led the campaign against mandatory minimums. “That crack offenders are more violent, that crack is more addictive — those myths still exist to some extent. We have advanced the issue, but it doesn’t eliminate the problem.”

A few years ago, I spoke to Derrick Curry, a teammate of Bias’ late brother Jay at Northwestern High School in suburban Washington, D.C. Caught up in a drug deal, Curry was sentenced to 19 years for possession of a small amount of crack cocaine; his sentence was commuted by President Clinton in 2001. “So many different turns of events came about over Len’s death,” he told me, and the remarkable thing is that, all these years later, those turns are still coming.

Because, honestly, I think we can all admit that this is the slowest moment in the sports calendar, and because the NFL is a cloud of uncertainty, and because nowhere else can you read sentences like these: “No team burst onto the scene last season like Kutztown …”

I understand if you find The Killing‘s rug-pulling plot twists to be endlessly infuriating, and I get that you find it implausible that Sarah Linden will simply not leave town, and I sympathize with those of you who are merely hanging on in the hopes of finding out who deposited that promiscuous teenager in the trunk of a government vehicle, but I cannot be the only one who would be happy to tune in for an hour of Stephen Holder scowling at the rain and detailing his dietary habits in that peculiarly accented meth-head slang of his. If I had to bet one hundred dollars on the actor most likely to be starring in a Marvel Comics adaptation within the next five years, I would throw down all my money on the Swede.

If Stephen Holder has a polar opposite, it is Davis McAlary, the grating hipster doofus Zahn portrays on David Simon’s Treme, which has become the bizarro Killing, a daring attempt to sustain a show with no plot twists at all.

Dear Hockey Idiot: Here Are Answers to All Your Questions About Game 7. You're Welcome.