The FIFA World XI Is Terrible 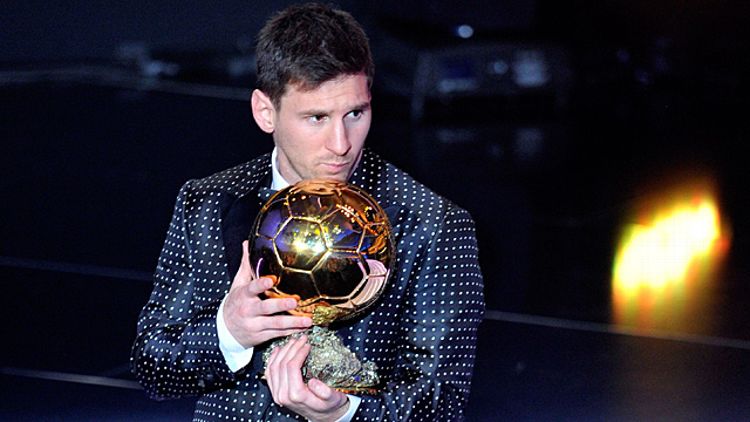 There were two travesties in Zurich on Monday night. Three if you count Lionel Messi’s suit. Although as adjectives become increasingly useless in describing his play, few things could say “Yes, I’m that good” like wearing a polka dot suit to your sport’s Oscar night.

The first was, again, the complete lack of any hardware for Nicklas Bendtner. The second was the Ballon d’Or’s undercard of the FIFA World XI.

On the one hand, it’s comforting to know that the rest of the world is as bad as we are at voting Derek Jeter into the All-Star Game, or a reasonable analogy thereof. On the other hand, the FIFA World XI makes a strong argument that Sepp Blatter’s ineptness permeates every facet of the organization he runs, right down to a mail room that refuses to recognizes any international boundaries outside of Iberia.

The problem isn’t that it’s a bad team. It’s clearly not (although it’s a little curious that not a single player who contested the Champions League Final is in it). It’s just that it draws rather heavily from La Liga. In fact, only Footsteps Falcao’s inclusion in the side prevented a complete Realcelona monopoly.

In case you missed it:

The problem is that a moderately knowledgeable watcher of the game should be able to put together a plausibly better side pretty much off the top of his head. About this time last year, Piqué was being dropped from the first team (although that might have been because Pep Guardiola didn’t like his girlfriend), and there are a half-dozen left backs better — by any objective measure you can quantify — than Marcelo. And two of them are English (Baines, Cole).

If there are two English people better than you at anything in football, you’re not only not the best (by definition, obviously) but you should also be embarrassed.

Even allowing for no overlap, it only really hurts that the top three finishers for the Ballon d’Or — Messi, Cristiano Ronaldo, Iniesta — are ineligible. Even then, it’s not hard to come up with We’re Probably Better XI:

You’re thinking: “Gervinho? He’s dreadful.” Yes. Yes, he is. His only skill seems to be the ease with which he can miss absolute sitters. But that’s how good the rest of the side is. You can maybe even throw away a midfielder (plus someone was going to be out of position anyway) and still be better. And if you’re really put off by it, sub in one of Fábregas, Schweinsteiger, or Sneijder instead.

The snubbed XI are probably second best in midfield, but that back line isn’t letting anyone score — especially if Messi is forced to wear an Argentina jersey — and both strikers are taller than all but one of FIFA’s backs.

Plus one of them can do this: