The D’Antoni Effect: New Roles for the New-Look Lakers 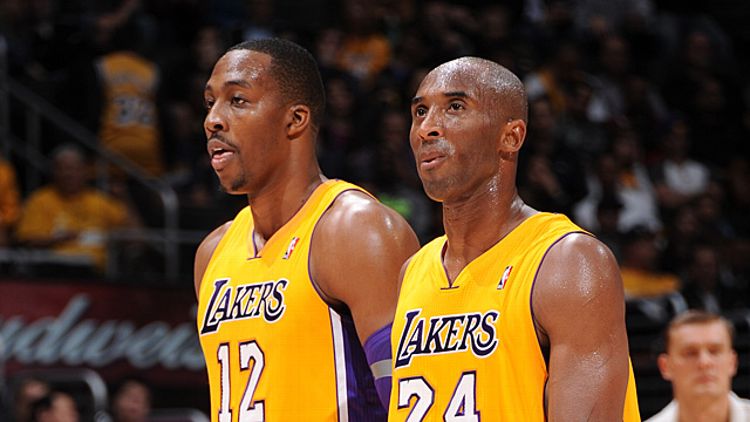 New Lakers head coach Mike D’Antoni brings with him the famed spread pick-and-roll system that in the mid-2000s rejuvenated not only the Suns franchise, but the entire league. With its emphasis on spacing and ball movement out of pick-and-rolls, the scheme is a perfect foil to the aggressive, strongside-blitzing defenses that are commonplace in today’s NBA.

It remains to be seen, though, how well it fits the Lakers roster. Here are the biggest changes and concerns facing the team as they adjust to their new head coach.

Bryant has made his mark as one of the game’s greatest scorers through his incredible prowess in post-ups and isolations. D’Antoni’s system typically seeks to avoid those situations, primarily asking wings to spread the floor from the corners and hunt 3-point shots early in the possession. Using Bryant in ball screens would be a good way to keep him actively engaged without sacrificing any of the offense’s core principles.

Running a steady dose of pick-and-rolls in this spread system is something that will be relatively new to Bryant, as the transition drag screens and high-angle and middle ball screens weren’t frequently found in the triangle (which normally uses ball screens in the corner or on the side of the court). The good news is that despite the differences, Bryant has the tools to be a very effective player in this action. His size, handle, and ability to make all the necessary passes make him a good choice to run the offense for stretches at a time, particularly with Nash on the bench.

If the former Suns point guard’s injury problems persist, it will almost be a necessity to make Bryant the primary pick-and-roll ball handler over the less-than-capable Steve Blake and Chris Duhon unless D’Antoni opts to go against his philosophy and implement a more isolation-heavy offense.

It’s crazy to think that Meeks — signed late in free agency for barely above the veteran’s minimum — is in a position to have a major impact on the Lakers’ title chances. But the shooting specialist could provide a huge boost to D’Antoni’s system, pairing with Bryant and Nash in a smaller backcourt more capable of opening up the floor for the high volume of pick-and-rolls. According to most metrics, Meeks is also, at the very least, an average defender who can hold his own against the vast majority of shooting guards in the league. This combination of floor spacing and defense could eventually earn him a major role, especially come playoff time.

The four teams most likely to come across the Lakers’ path en route to a Finals appearance — the Grizzlies, Clippers, Spurs, and Thunder — all offer defensive headaches for D’Antoni’s team. Meeks is certainly no stopper, but asking him to chase Tony Parker, Chris Paul, Russell Westbrook, and Mike Conley around while Nash hides on a weaker alternative could provide a huge boost for the team on both ends of the floor. Meeks tracking Westbrook over the duration of a playoff series in particular would be quite an interesting (and entertaining) subplot.

Make no mistake about it, with D’Antoni in-house, Nash’s health is now the most important question facing the Lakers. If he can’t stay on the floor or, more depressingly to those who have long admired him, has finally become ordinary, the team will have made a grave mistake hiring a coach whose offensive system relies on a brilliant playmaker to make it work.

The most worrisome sign for Lakers fans likely came in the second quarter of the team’s first game against the Mavericks.

The Rodrigue Beaubois steal certainly isn’t something that will become commonplace, but it illustrates how vulnerable Nash has become to pressure from long, athletic guards and pick-and-roll defenders of the same ilk. Throughout the regular season, many coaches will ask their guards to hound Nash up and down the court in an attempt to disrupt the L.A. offense. In the playoffs, both Eric Bledsoe and Westbrook could cause serious problems for the Lakers offense by making Nash’s life miserable.

Nash succumbing to the aging process would be made worse by the uninspiring group backing him up. Darius Morris, Duhon, and Blake barely warrant NBA roster spots, much less important minutes on a contending team. If the Lakers are unwilling or unable to upgrade behind Nash, it may force D’Antoni to play his aging point guard far more than he should during the regular season. So while some are clamoring for Gasol to be traded for an assortment of shooters, perhaps the smartest deal L.A. could make would be one to shore up the backup point guard position.

There have been some murmurs, since the Lakers acquired Howard and Nash, about the possibility of shipping out Gasol for a 4 who can capably stretch the floor all the way out to the 3-point line. Murmurs became solid chatter the moment D’Antoni took over as head coach. It is perceived by many that his system functions best with a Channing Frye/Ryan Anderson type pairing with an explosive roll man in the frontcourt.

Antawn Jamison, strangely miscast as a small forward under Mike Brown, is now considered the in-house favorite to assume that role. But no matter where he plays, Jamison’s defensive deficiencies are so glaring that moving back to the power forward spot hardly helps. World Peace, however, is at the point in his career when transitioning to a full-time 4 will provide a boost to his effectiveness on both ends of the floor.

World Peace’s poor rebound rate is a problem for a power forward, but it is mitigated by being paired with Howard in a way that Jamison’s defense cannot. World Peace also has the potential to be a plus defender at the 4 spot due to his strength and mobility, turning a positional weakness into a strength for the Lakers. And not much is lost on the offensive end of the floor, because Jamison’s career 3-point percentage is just a shade better than World Peace’s mark (34.6 to 34.1).

Overall, the move to the four may not reverse World Peace’s declining production, but it most certainly creates more value to the team should D’Antoni commit to moving him there as much as possible.

Early rumors suggest D’Antoni is considering adding old friend Nate McMillan to his staff to focus on the team’s defense. Comfort aside, the facts state that McMillan is a poor defensive coach unable to coax good results from his units. His teams in Seattle and Portland played at a snail-like pace that obscured the fact that on a per-possession basis, the defense was largely pedestrian and sometimes just downright terrible.

Personnel certainly plays a key role, and some of McMillan’s teams were severely lacking in that department, but the consistent mediocrity from even some of his better teams makes his potential hire as “defensive coordinator” seem rather ridiculous. In fairness to D’Antoni, during the NBA season isn’t exactly the ideal time to be filling out a coaching staff. The pickings are certainly slim, but perhaps a broader search process that spans into the college ranks is required given how much is at stake.