The Browns Starting Brian Hoyer Is Smart (Which Is Crazy) 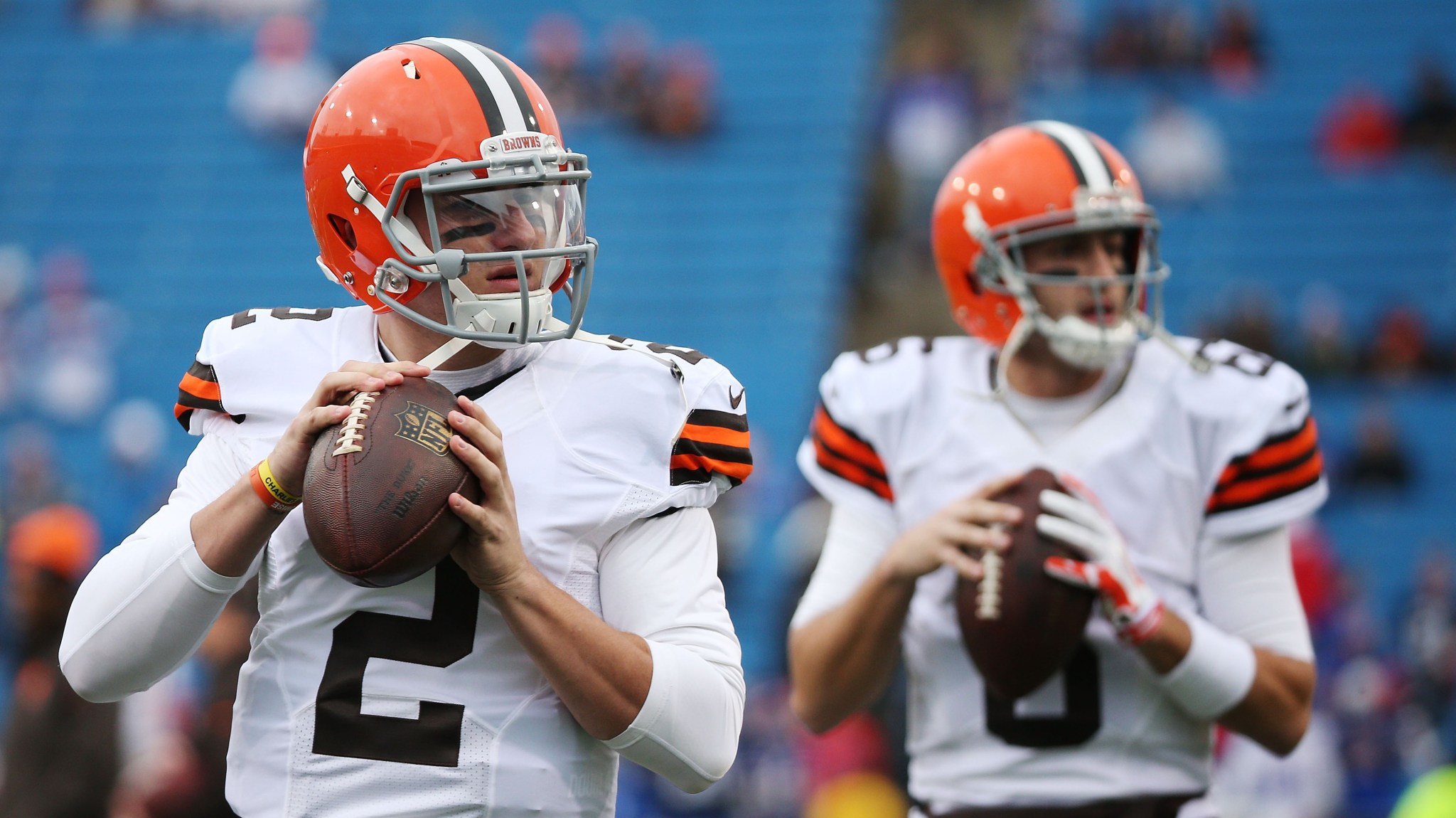 1. Johnny Manziel should be playing. He’s as ready as he’s ever going to be, the Browns need a change of pace, and everyone should be rooting for him to start as soon as possible. Think about last weekend. Did you really care about the Skins-Colts blowout? Or watching two average teams (Ravens and Chargers) in a shootout we’ve already forgotten? Manziel finally coming off the bench in the fourth quarter of Bills-Browns was the most exciting thing to happen during nine early games.

If you love Manziel, that first drive when he walked Cleveland straight down the field and scored a touchdown was everything you’ve been hoping for since April. If you can’t stand Manziel, that second series — when he appeared to fumble into the end zone and then lay there dead — was just as satisfying. Either way, everyone’s happy. Johnny Manziel in the NFL is great for exactly this reason. Everything he does will be wonderful to at least half the fans in America. And Browns fans and players and coaches should want him on the field, too, because the alternative is …

2. Brian Hoyer is not very good right now. I say this as someone who enjoys Hoyer. I’ve been rooting for him since last year, and when the Browns started hot, I was quick to celebrate and wonder about the future. But now it’s two months later, and it’s fair to say the future is less complicated. Whatever extension the Browns were offering, Hoyer should have taken it, because it no longer makes sense to keep him in Cleveland for the long term.

Watching Hoyer involves a lot of cringing — either because of his horrible throws or his horrible decisions. A few months ago, you could have argued that he was better than Manziel, because he was a steady, mistake-free option. Now you can’t even say that. Hoyer has thrown six interceptions and one touchdown in the last 15 quarters. The offense is dead with him under center. Against the Jaguars, in the worst loss of the season, he was 16-of-41 for no touchdowns and a pick. The only thing you can argue at this point is that “the guy just wins,” but even that falls apart when you look up close. He’s got a 10-5 record as a starter, but only two of those wins have come against above-.500 teams — both against Andy Dalton and the Bengals. It’s impossible to look at the evidence we have and say that Hoyer gives Cleveland a better shot than Manziel at beating the Colts this weekend. And yet …

3. The Browns are smart to start Hoyer. I was talking to a Browns fan (Martin Rickman from Sports Illustrated) this week, and he helped make this click for me. Don’t think about this weekend, think about next week. The entire country would tune in to watch Manziel against the Colts, and the Colts are better than the Browns across the board. If it breaks bad this weekend, suddenly everyone starts talking about Manziel as a failure, arguing about whether he’s to blame for the Browns missing the playoffs. Why throw him into that jet engine of insanity?

Manziel is a guy who brings out the worst side of football.

Mike Pettine's decision on Brian Hoyer is a triumph of common sense over analytics. Football is a people business not a math equation.

People talk about Johnny Football with about the same level of sophistication that the movie Crash discussed racism. Everyone’s a caricature, everything’s a lesson in morality. It’s about as subtle as a tire iron to the forehead. Will character triumph? Or is football a math equation? Will coach cave to LeBron and Drake, or stay loyal to the locker room?

You don’t think the locker room wants to play with a quarterback that actually gives them a chance to win? Even if some players prefer Hoyer, it would take one good game from Manziel before everyone flipped.

This isn’t about analytics, either. Forget completion percentages. Hoyer fails the eye test in every possible way. The Browns offense has been sputtering for two months, and there’s a quarterback sitting on the bench who has the potential to come in and give the whole team a spark. It should be a no-brainer.

But somehow we’ve gotten to the point where that stupid media conversation actually matters. Fans hear both sides exaggerated and form their opinions within that framework without even realizing it. Other players hear this stuff and do the same. Even Manziel hears it, and eventually it affects everyone involved.

Look at the Redskins. RG3 was turned into a god during that first season. Then he became such a polarizing figure that criticizing him became its own stock industry. Then the Skins allowed him to come back too early (in a bad situation with ridiculous expectations), the media turned on him, he became increasingly insecure, he got hurt again and seemed just as shaky mentally, and the whole thing just snowballed into a disaster. For whatever reason, RG3 cost himself the benefit of the doubt with national and local media, the Redskins never realized how much that would affect both him and the team, and eventually it ruined their franchise player.

Starting Manziel this weekend would turn him into a giant target and the obvious scapegoat for Cleveland’s dead playoff hopes. That would be incredibly stupid, but it’s exactly how the conversations would go if Manziel started and lost.

Now, is that why the Browns are sticking with Hoyer? Maybe not.

But it’s why I’m glad that Manziel’s not starting this weekend.

Just because something’s obviously stupid and insulting doesn’t stop a ton of people from taking it seriously. I mean, Crash won a fucking Oscar.